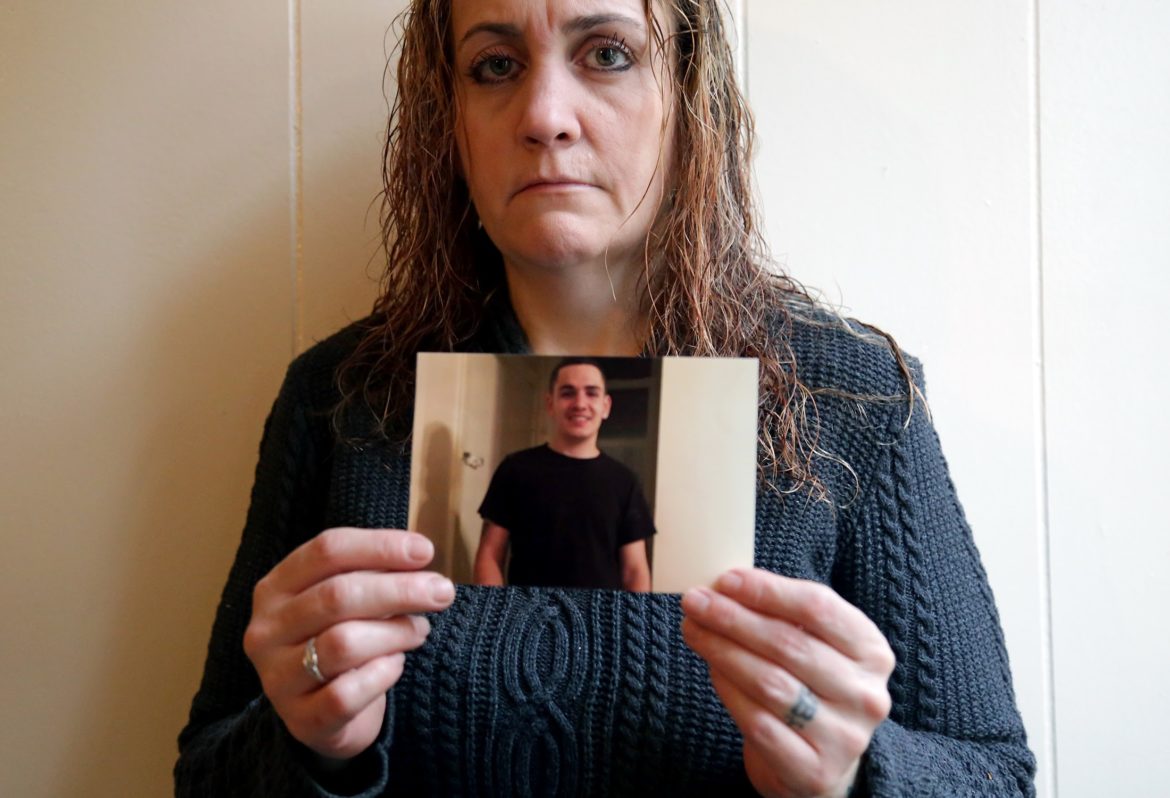 Kelly Davern-Fields' 19-year-old son, John Cassidy, was found shot to death in a vacant Homewood lot on Oct. 22, 2016. Floyd Beard, 18, turned himself into police on Monday, Jan. 23, after a warrant was issued for his arrest in the case. He is charged with criminal homicide. (Photo by Guy Wathen/PublicSource)

The murder of 19-year-old John Cassidy Davern had been considered unsolved for three months. His family spoke out last week, detailing to PublicSource the frustration and fear they’ve felt throughout the fruitless investigation.

Cassidy's case was one of 30 homicides that were unsolved in 2016. There seemed to be very little progress on the case since his Oct. 21 murder.

Until yesterday, when 18-year-old Floyd Beard of Homewood, who the family described as a friend of Cassidy, turned himself in to Pittsburgh police.

“It was a big relief. We all feel like it’s a step toward justice,” Cassidy’s fiancée Casey Morton said this morning. “But him being able to still talk to his family and still see his family isn’t fair cause we can’t see or talk to John.”

Cassidy’s mother, Kelly Davern-Fields, told PublicSource that mid-last week she learned crucial new information and passed it to police. She commends the police for prioritizing the case and issuing a warrant for Beard on Saturday. Police charged him with criminal homicide, robbery and carrying a gun without a license.

Previously, Davern-Fields criticized police for moving too slowly and giving few updates while the family put the case together themselves.

“We’re the ones that told the police everything from day one,” his mother said. Justin Davern's brother, John Cassidy, was found shot to death in October 2016. Justin had his brother's name tattooed on his hand after his murder. (Photo by Guy Wathen/PublicSource)

Cassidy’s family believes Beard lured him to Homewood the night of the murder to rob him with the help of two others during a marijuana deal. Cassidy drove out there with the intention of selling the marijuana.

Morton, 21, said another individual involved “told the truth” about the murder, offering enough evidence so Beard could be charged. However, she said the family does not believe that Beard fired the fatal shots.

“We may never know the whole truth,” Cassidy’s mother said.

Cassidy’s body was found the morning of Oct. 22. He was shot four times and left overnight in a vacant lot. Pittsburgh’s ShotSpotter system detected gunfire around 11 p.m. the night before, but Cassidy’s body was not found until 10 hours later.

In the next three months, the family described hearing sparse, frustrating updates from police, including a recent explanation that prosecutors didn’t think the case was strong enough to make arrests. His family described how they uncovered crucial evidence, like the cell phone he was carrying and his wallet.

Now, as Morton enters her final month of pregnancy with Cassidy’s child, she feels like the family is nearing closure.

“We feel like it’s getting closer to getting wrapped up,” she said. “But we still feel like there are pieces that are missing.”

Meanwhile, roughly half of the city’s homicides from 2016 are still unsolved.