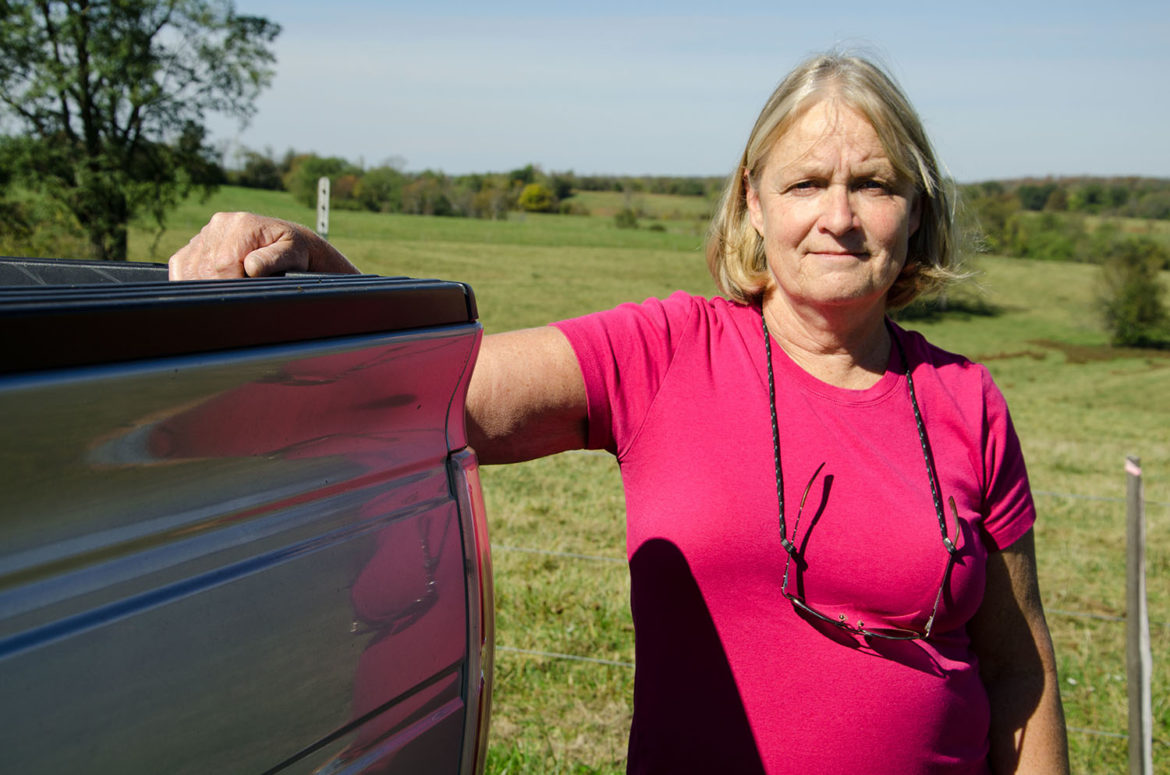 Developers of a multi-state pipeline project, which has stirred controversy over the past year in Kentucky, announced Monday they have suspended all investment in the project indefinitely.

Williams Co., a Tulsa, Okla.-based company, said it has stopped investing in the Bluegrass Pipeline “primarily in response to an insufficient level of firm customer commitments.”

Announced in May 2013, the pipeline would transport natural gas liquids from the Marcellus and Utica shales in Pennsylvania, Ohio and West Virginia to the petrochemical markets on the Gulf Coast. At its start, the pipeline was supposed to begin in Mercer County, Pa., and stretch 1,100 miles through eight states.

“I’m tickled to death,” said Penny Greathouse, a Kentucky landowner and outspoken opponent of the pipeline. PublicSource interviewed Greathouse, and other landowners in Kentucky, late last year about their concerns.

Last year, landowners told PublicSource they didn’t want the 24-inch diameter, pressurized pipeline coming through their land because of concerns about public safety, potential destruction of property and environmental harm. Pipelines carrying natural gas liquids, which are flammable, have ruptured and exploded in the past.

Other landowners were concerned about the possibility that developers would use eminent domain -- the right to take someone’s property for a public use --  to grab land for the project. However, on March 25, a county judge ruled the companies didn’t have the right to use it.

Natural gas liquids from the shale boom, such as propane, butane and ethylene, are being used to make things like plastic bags and detergents.

Earlier this year company officials said they had secured about two-thirds of the easements for the pipeline’s route through Kentucky.

At least 11 Kentucky counties passed resolutions against the pipeline and several bills were proposed in the state legislature that would have restricted the project.

Greathouse originally refused a $350,000 easement offer, then pipeline officials came back with a $658,000 offer, she said. She turned it down as well.

“My life and livelihood and health mean a lot more to me than money,” she said in October.

Company officials had said they planned to pay out $30 million to $50 million in easement payments for the project in Kentucky alone.

Williams said it will continue to “engage in discussions” with customers, but did not specify when they might restart talks to get land easements.

“In short, Bluegrass Pipeline appears to be a project that’s ahead of its time,” representatives for both companies wrote in a statement on the project’s website.

The officials emphasized the need for pipeline infrastructure to move natural gas liquids out of the Marcellus and Utica shale regions to other markets.

The amount of natural gas (and its liquids) coming out of the ground in the Marcellus Shale has outpaced the capacity of pipelines on hand to move it. This has led to a glut of gas stuck up in the Northeast. There are several pipeline projects in the works to move it.

A spokesman for Williams did not immediately return a phone call requesting comment.