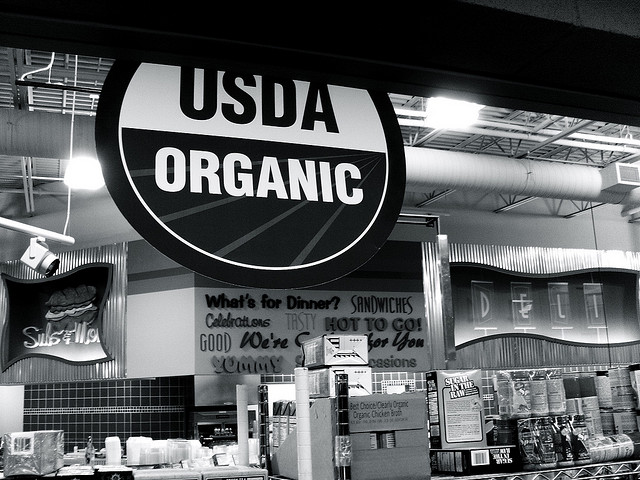 I’m a 30-year-old Millennial living in Pittsburgh who tries to eat organic, shops at Trader Joe’s and the East End Food Co-Op and frequents the city’s farmers’ markets during the summer (I know ... I’m a walking cliche.) I probably spend twice as much to feel healthier and eat cleaner,  but, shamefully, I’ve never thought about the racial makeup of the farm owners whose food I eat.

That is, until stumbled across an article this week about the lack of black farmers in America’s organic food movement.

Reporter Melissa Evans for Civil Eats writes that, “A history of discrimination, mass land loss, lack of start-up capital, lack of collateral for loans, and a multi-generational distrust of federal programs have put Black farmers behind in the organic movement.”

She points out that even though it’s been almost 150 years since the Reconstruction Era and decades since Jim Crow Laws soiled the South, racial discrimination continues to plague the progress of Black farmers.

If organic farming is at the forefront of American agriculture, many Black farmers are still catching up. The USDA’s [U.S. Department of Agriculture’s] 2014 Organic Survey released in September found that 14,093 certified organic farms in the United States sold $5.5 billion worth of organic food. The survey did not capture race and ethnicity, but the 2012 Census of Agriculture found that of the over 33,000 Black-owned farms, only 116 of them (or less than .05 percent) are certified organic.

Rates of farm ownership by African Americans have steadily declined over the last century. In 1910, black farmers owned 15.6 million acres of farmland in the U.S.; by 1982, they owned just 3.1 million acres, and were recipients of only 1 percent of USDA farm loans.

In 1997, 400 black farmers sued the USDA for discrimination. The court found that the department systematically discriminated against Black farmers for farm loans and assistance between 1981 and 1996. Just over $1 billion was awarded to 16,000 farmers ($50,000 each) in a 1999 settlement. In 2010, President Obama expanded the settlement to add an additional $1.25 billion to include more farmers.

If more black farmers can get certified organic there’s a big chance they’ll make more money. A 2015 survey that found organic farming is 22 to 35 times more profitable than conventional farming.

But the process of getting certified organic is time consuming — it’s a 19-page application — and black farmers, factoring in the long history of USDA discrimination, are hesitant to apply. even though many of them have been farming organically for decades, Evans reports.

And black farmers have to deal with even bigger hurdles, like keeping their land.

“We have to first support Black farmers keeping their land and not getting denied support to keep their farms running,” Natasha Bowens, author of The Color of Food, told Evans. “Once those big issues are fixed, then we can start talking about getting them into organic farming.”

Read Evans’ full article before you take another bite of that organic apple quinoa salad.