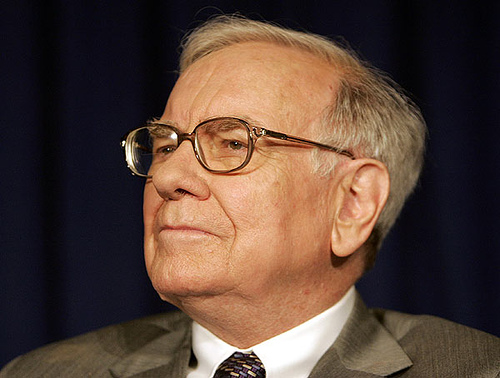 Business magnate Warren Buffett controls one of the country’s largest homebuilders, one that a joint journalistic investigation concluded is trapping poor families in mobile-home nightmares.

Investment group Berkshire Hathaway, which Buffett heads, purchased Clayton Homes and its subsidiaries in 2003 and injected it with billions of dollars to turn it into a leader in manufacturing and lending, according to a report by the Center for Public Integrity and The Seattle Times.

The story highlights families from across the country who are facing homelessness and never-ending debt because of the deals with Clayton Homes and related companies.

There’s the Alabama woman who has been paying for a decade but still owes twice what the home is worth. And then several customers who say they were pressured into deals, like a Washington couple whose interest rate was hiked right before they signed the loan but after they invested $11,000 in savings to dig a foundation.

The story cites many accounts of customers who were encouraged to go with Clayton-related financing companies, only to later find out their loan terms were higher than average and that the company refused to revise loan terms even if there was a life-changing event (death, illness, divorce). Many companies will work with customers who need wiggle room to avoid complete default and foreclosures, the report said.

Buyers told of Clayton collection agents urging them to cut back on food and medical care or seek handouts in order to make house payments. And when [mobile] homes got hauled off to be resold, some consumers already had paid so much in fees and interest that the company still came out ahead.

Even through the Great Recession and housing crisis, Clayton was profitable every year, generating $558 million in pre-tax earnings last year.

Berkshire Hathaway and Clayton Homes did not address the claims made in the article until after it was released on Friday. Only then did Berkshire send a statement to the Omaha World-Herald, a newspaper the company owns.

The company stated that it will help 30,000 people find affordable housing this year and that they give all consumers a choice of lenders. It seeks a third-party assessment, it said, to show what kind of loan burden a customer can realistically handle.

And it also pointed out that interest rates on mobile homes tend to be higher than typical brick-and-mortar homes because they don’t include land, the loans are smaller and there are no federal programs backing this kind of homeownership.

From the April 3 statement published by the World-Herald:

The unfortunate reality is that some customers have trouble making their monthly payments when they experience a significant life-event – divorce, job loss, or medical issue. Our company’s policies, training, and monitoring are in place to comply with all applicable federal and state laws. When a home is foreclosed no one wins – the company loses money and more significantly the customer loses their home. …

The overwhelming majority of Clayton Homes’ customers report high levels of satisfaction with their home purchase and mortgage, and we are honored to serve them in their communities.