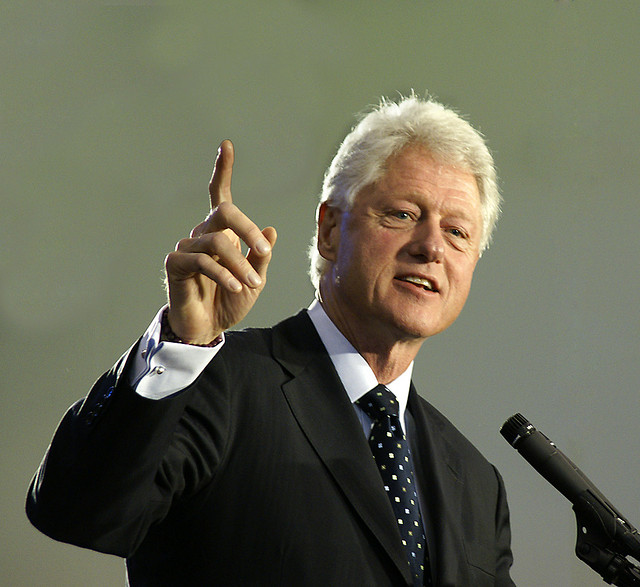 Former President Bill Clinton has collected $16 million from taxpayers since leaving office in 2001, according to Politico.

From 2000 to 2014, Clinton collected more than any other modern president, beginning with Gerald R. Ford, even when adjusting for inflation.

The Former Presidents Act allows former presidents money for staff, office space and for pension and health costs, among other things.

The act was passed in 1958 to “maintain the dignity” of the presidency by subsidizing the correspondence of former commanders in chief and keeping them from falling on hard times, like those faced by Harry S Truman. After leaving office in 1953, Truman acknowledged that he was living largely off proceeds from the sale of his father’s farm.

Truman took a very different view of how a president should monetize the fame of being in office. He said:

“I could never lend myself to any transaction, however respectable, that would commercialize on the prestige and dignity of the office of the presidency.”

The money is administered by the U.S. General Services Administration, which helps manage the basic administrative and purchasing decisions for other federal agencies.

But, while Bill Clinton has collected more money than other former presidents, he also has the highest net worth, at $38 million, of the four most recent past presidents, according to one 2012 estimate by ABC News.

With more politicians entering politics as millionaires — more than half of the members of Congress in 2014 were millionaires — it seems unlikely that another former president will struggle financially as Truman did.

From another Politico story:

The speaking circuit was especially good to Bill Clinton, who earned nearly $52 million from it, including millions in foreign income. And the two books each [Bill and Hillary Clinton] penned yielded more than $40 million, including an eye-popping $15 million advance paid to Bill Clinton for his 2004 autobiography, “My Life.” That’s $3 million more than what had been previously reported – which at the time was believed to be the largest book advance ever.

You can read more about the Former Presidents Act in this 2014 report from the Congressional Research Service, the nonpartisan research arm of Congress.