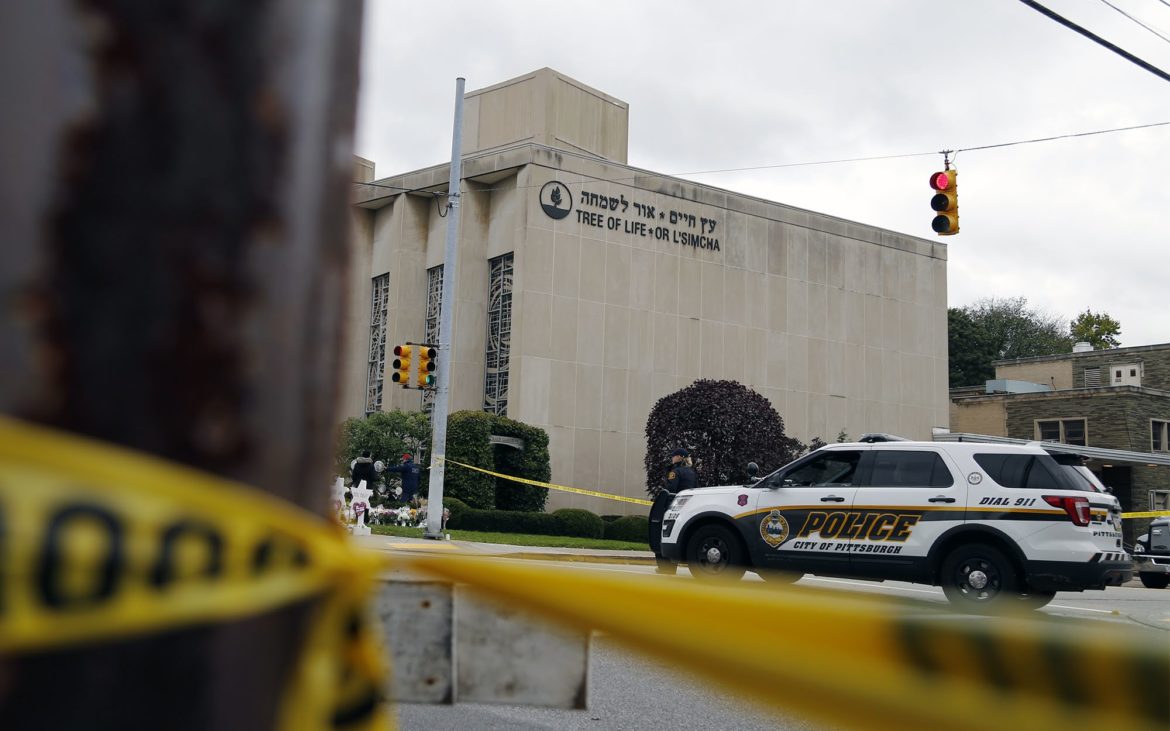 People visit a memorial site outside the Tree of Life synagogue in Squirrel Hill on Monday. (Photo by Ryan Loew/PublicSource)

The suspect in the shooting deaths of 11 Jewish worshippers at the Tree of Life synagogue in Squirrel Hill on Saturday made a reference in social media posts to HIAS as an organization that “likes to bring invaders in that kill our people.”

Aside from its hateful rhetoric, the post may have been confusing to readers unfamiliar with the work of HIAS or its connection to refugee resettlement in Pittsburgh.

HIAS is a 137-year-old Washington, D.C.,-based Jewish agency, formerly known as the Hebrew Immigrant Aid Society. It was created in 1881 to assist Jews fleeing persecution in Russia and Eastern Europe, according to the history listed on its website.

Jewish Family and Community Services of Pittsburgh [JFCS] is listed on the HIAS website as one of 16 resettlement partners nationwide. Iris Valanti, public relations associate for the Squirrel Hill-based agency, confirmed its partnership with HIAS.

Valanti said the immediate focus for JFCS is providing counseling services in the wake of Saturday’s shooting, but JFCS will hold a press conference at 10 a.m. Tuesday at its headquarters to respond to the shooting and talk about its refugee resettlement work.

In a PublicSource story last week, Leslie Aizenman, JFCS director of refugee and immigrant services, said the agency assisted 71 refugees in the fiscal year ending Sept. 30. The total was down from 148 in the previous fiscal year and down from 231 in 2015-16.

The original mission of HIAS was to provide meals, clothes, transportation and jobs for new arrivals who fled their home countries.

In 1904, HIAS established a bureau at Ellis Island to assist immigrants to the United States and to help connect them with relatives. 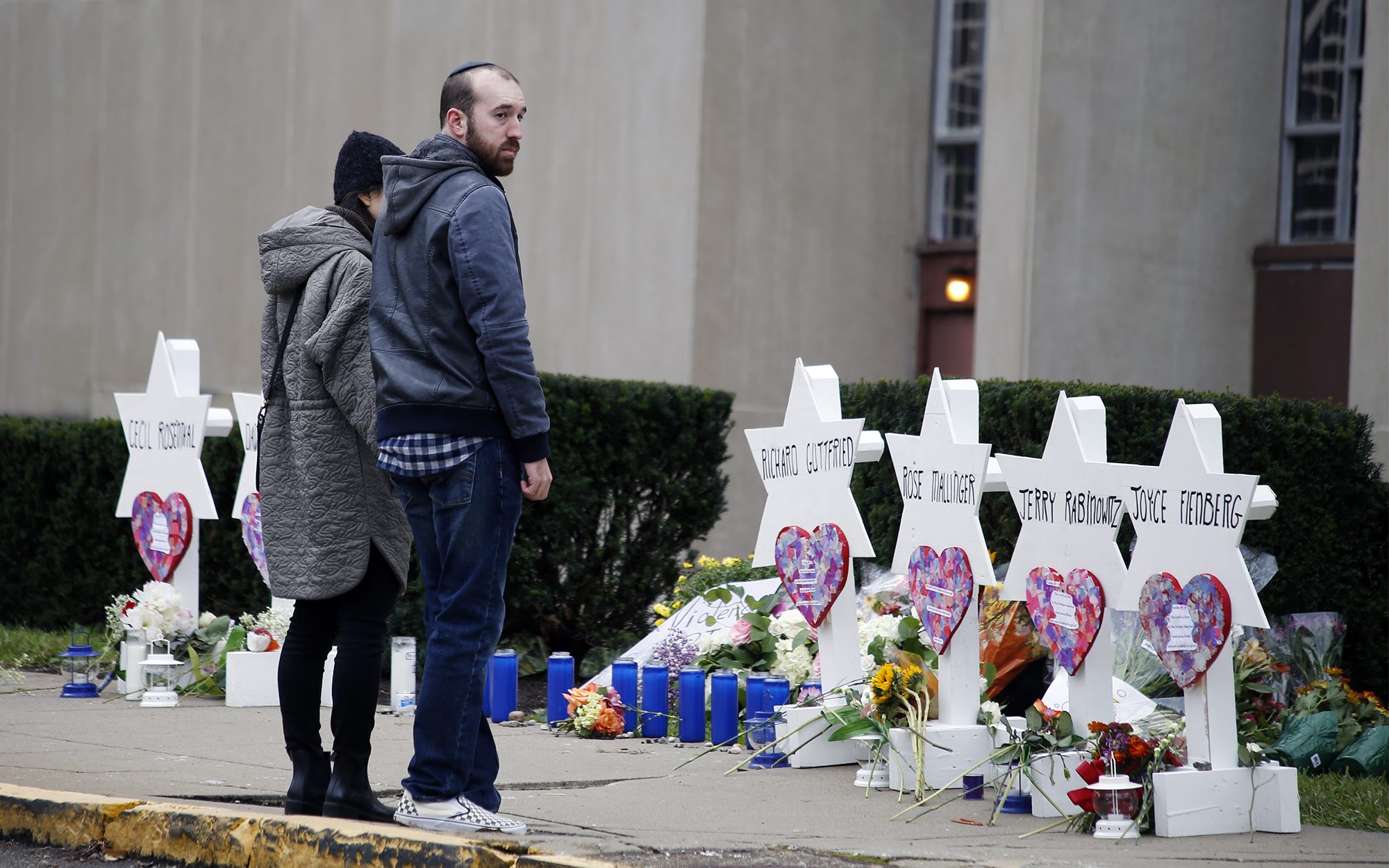 Two days after the attack on the Tree of Life synagogue in Squirrel Hill, flowers, candles and other tributes continue to be added to memorials. (Photo by Ryan Loew/PublicSource)

In the 1920s, when laws were established in the United States that set legal limits on immigration, HIAS became an agency that helped Jews with refugee status enter the country.

In 1975, following the fall of Saigon during the Vietnam War, the U.S. State Department asked HIAS for assistance in resettling refugees from Vietnam, Cambodia and Laos, marking its first large-scale resettlement of refugees who were not Jewish.

It now works with refugees from around the world.

In a press release sent after the Tree of Life shootings, HIAS described itself as a “global Jewish nonprofit that protects refugees” and said it “rescues people whose lives are in danger for being who they are.”

"As we try to process this horrifying tragedy, we pray that the American Jewish community and the country can find healing.”

The statement said HIAS is one of nine national refugee resettlement agencies that partners with the U.S. government to resettle refugees.

The statement also condemned the shooting and sent condolences to Pittsburgh.

“There are no words to express how devastated we are by the events in Pittsburgh this morning,” the statement said. “This loss is our loss, and our thoughts are with Tree of Life Congregation, our local partner Jewish Family and Community Services (JFCS) of Pittsburgh, the city of Pittsburgh and all those affected by this senseless act of violence. As we try to process this horrifying tragedy, we pray that the American Jewish community and the country can find healing.”

Robert Bowers, 46, of Baldwin Borough, was charged with a list of federal and state charges in connection with the shootings. Bowers’ preliminary hearing is scheduled for 10 a.m. Thursday in U.S. District Court.

Gab.com is inactive because it lost its service provider over the weekend. The site’s CEO Andrew Torba posted a statement, saying he is working to get the forum back online.