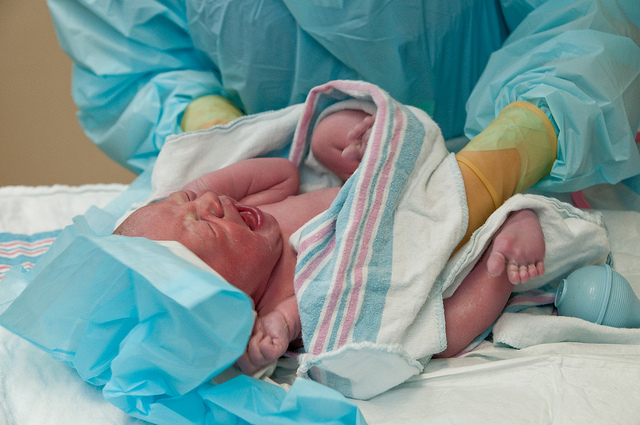 For every 100 mothers who have hepatitis C, about six newborns will contract the disease, according to the Centers for Disease Control and Prevention [CDC].

Since transmission rates are low compared to hepatitis B or HIV, hospitals aren’t testing high-risk babies.

However, the Philadelphia Department of Health has conducted a study that shows inadequately testing children for perinatal hepatitis C virus [HCV] has led to most chronically infected children going unidentified and unable to access specialty care until the disease has significantly progressed.

This is especially detrimental in regions like Philadelphia where there is a high risk for hepatitis C being passed from mother to child in utero. Dr. Damien Croft, an obstetrician at Hahnemann University Hospital in Philadelphia, told NPR that the pool of patients in Philadelphia contains a disproportionately high number of carriers of hepatitis C.

According to the study, 8,119 women were reported to Philadelphia’s Hepatitis Registry as HCV positive. Of those, 500 had at least one baby, with 537 total children born during the 2011 through 2013 study period. Just 84 of these children were tested. Four of them were confirmed cases of hepatitis C.

Of the newborns who were not screened, roughly 24 other cases of the virus are expected to develop. But without testing, many will remain unaware of the condition and will not seek treatment until later in life.

Melissa Wade, spokeswoman for the Allegheny County Health Department, said hepatitis C infections in young adults is increasing, so it expects hepatitis C in newborns to increase as well.

“Expanded testing and treatment of high-risk women of childbearing age is needed,” Wade said. “We continue to encourage pediatricians to ask mothers about their hepatitis C status and test infants accordingly.”

Danica Kuncio, the lead author of the study, told NPR that 16 percent is a fairly low turnout for perinatal HCV testing.

“When you think about children, you hope that the number would be 100 percent, that it should be in the interest of every provider to be doing the best they can to get information to the next provider,” said Kuncio.

Wesley Culp, spokesman for the Pennsylvania Department of Health, told PublicSource it does not collect data on how many children are screened for HCV in the state, nor has it determined the number of perinatally infected children born annually in Pennsylvania.

Further, the department confirmed that HCV testing is not routine for infants:

Hepatitis C infection is reportable to the [department], but HCV antibody tests are not valid in children under 18 months of age, and more specific tests are not commonly performed on infants.

While 30 to 40 percent of infants who contract HCV from their mothers will clear it on their own before the age of 2, according to the NPR report, 15 percent will go on to have a more chronic form of the disease.

These adolescents and adults may not realize they have the disease until they are already experiencing liver damage.

Culp wrote in an email that hepatitis C among women of childbearing age has increased over the past decade, “most likely driven by increases in IV drug use.”