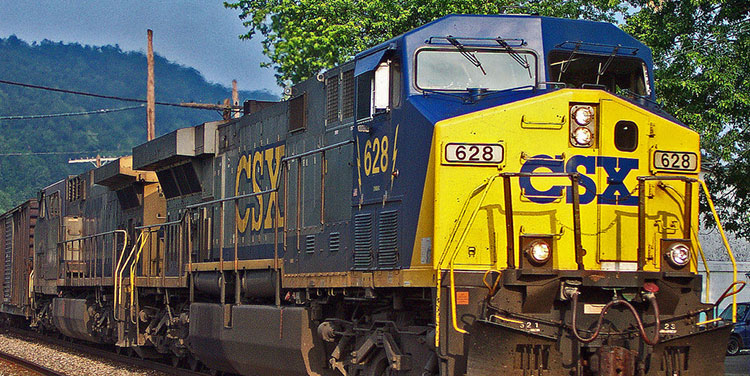 As many as 60 trains carrying Bakken crude roll through Pennsylvania each week, according to information released from state officials on Wednesday.

That makes our state the largest single destination for the crude on the East Coast, according to McClatchy Newspapers.

As many as 30 trains a week pass through Pittsburgh and 25 through Harrisburg. As many as 55 arrive in Philadelphia each week. Norfolk Southern and CSX are the two railroads hauling crude oil through the state. The oil is being fracked from North Dakota's Bakken Shale formation.

The Bakken oil saved Philadelphia-area refineries from closure, but it also raised questions about whether the communities big and small the trains pass through could respond to derailments that resulted in large fires and spills.

The documents were made available to McClatchy five days after the state open records office reversed a July decision by the emergency management agency to deny the request.

The data released can be found on the Pennsylvania Emergency Management Agency website.

Rachel Maddow summarizes, with vivid video, the damage from recent derailings and explosions of crude-oil tankers.

In May, the U.S. Department of Transportation ordered railroads to give states shipping information on lines transporting at least one million gallons at a time of crude oil from the Bakken. Several states were quick to make the information public, including California, Illinois and Washington.

But Pennsylvania officials held onto the information. Citing anti-terrorism and business reasons, the state agreed with railroads to shield the information from the public. Last week, the state's Office of Open Records told state emergency response officials to make the information public, after saying it was neither proprietary nor sensitive for security reasons. The Federal Railroad Administration affirmed last week that federal law does not protect the crude reports, according to the news agency.

Pennsylvania experienced two crude-oil related incidents this year, though none fatal. In January, a CSX crude oil train derailed on a bridge over the Schuylkill River in Philadelphia. None of the cargo spilled.