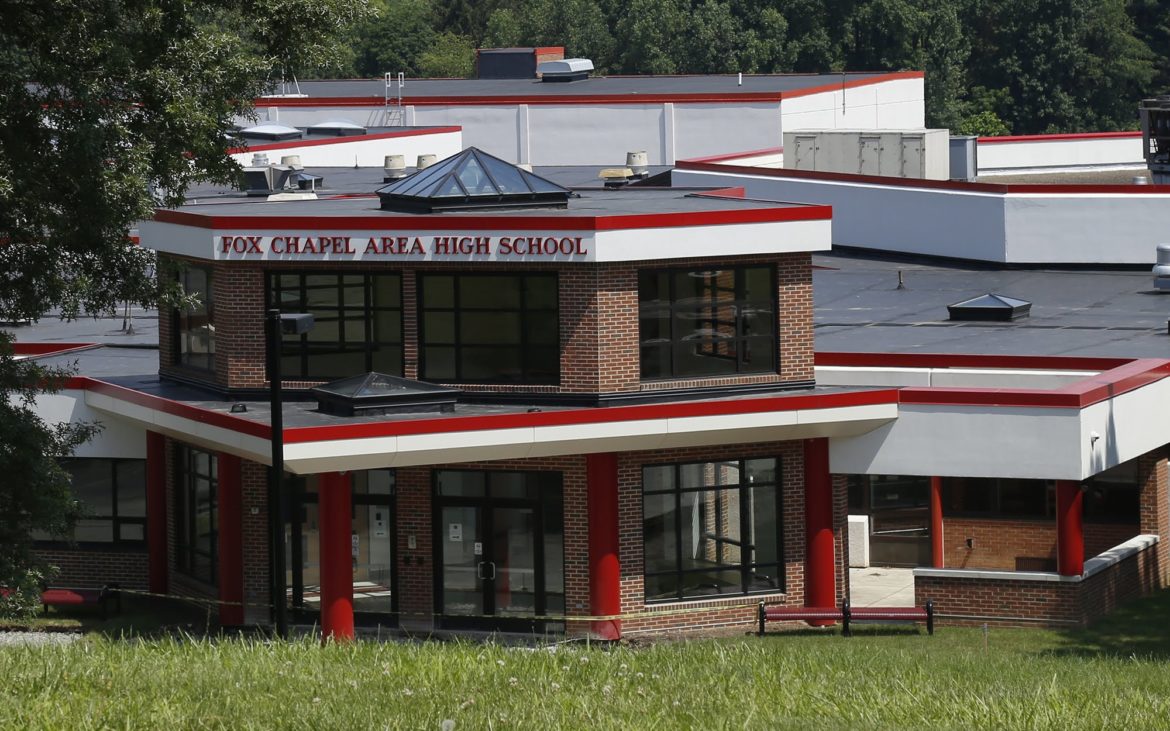 Update (3/11/2020): The Fox Chapel school board voted unanimously on Monday to accept a mutual separation agreement with Superintendent Gene Freeman that will speed up his retirement from the district to March 31, 2020.

Originally, Freeman was scheduled to retire in June. Emails from the Asheville, N.C., school district, where he will assume the position as superintendent, emerged in recent weeks showing that Freeman was looking for an early release from his current post. Fox Chapel negotiated with Freeman through contracted lawyers who spoke briefly at Monday’s board meeting.

According to a district press release, school Board President Somer Obernauer Jr. thanked Freeman for his more than five and a half years of service to the school district. “We wish him well as he begins his new life in North Carolina,” he said.

The district did not respond to requests for further information about how the district will function in Freeman’s absence and said that anyone wanting a copy of the separation contract had to file a Right-to-Know request.

Several parents had complained in recent weeks that Freeman’s personal lawyer had sent them threatening letters asking them to stop speaking about him on social media, although the “cease and desist” letters didn’t specify what comments Freeman and his lawyers took issue with.

Update (2/28/2020): Superintendent Gene Freeman told his future employers in Asheville, North Carolina that he is trying to get an early release from his contract with the Fox Chapel Area School District, according to emails obtained through a records request in Asheville by the local Mountain Xpress newspaper.

“Working on an early release from my present district. Should know something, I hope, by second week in Feb. 2020,” Freeman wrote in a Jan. 15 email to Asheville school board members, according to excerpts published in the Mountain Xpress on Feb. 26.

“I am excited,” Freeman wrote in a separate email to the Asheville board on Jan. 20. “Still working with this new board at FC trying to get an earlier release…ughhhh.”

Freeman previously had emailed a Fox Chapel parent that he was on leave for a medical reason. The Fox Chapel school board also released a statement saying Freeman “is currently using leave, in accordance with his contract” and said that his resignation would not take effect until June 20, 2020.

A Fox Chapel district spokesperson wrote in an email to PublicSource Friday that the district could not comment on whether it's in negotiations to release the superintendent from his contract because the question is about a personnel matter.

The Asheville City Board of Education spokesperson Ashley-Michelle Thublin told the Mountain Xpress newspaper in an email that they continue to support Freeman as the district’s incoming superintendent.

“We anticipate that upon Dr. Freeman’s arrival, his experience, his leadership skills and his genuine desire to foster success for all students will solidify our community’s support for our new superintendent,” Thublin wrote.

In an attempt to gauge what the Fox Chapel community is looking for in a new school district superintendent, a consultancy firm identified a number of challenges the district faces as well as an emerging concern about district leadership.

Where is the current superintendent?

Superintendent Gene Freeman, whose retirement date is set for June 2020, has not been present at the last four board meetings and there are questions swirling about his involvement at the district since his new job in Asheville, North Carolina, was announced.

Consultants from McPherson and Jacobson LLC, speaking to the district board at Monday’s meeting about their findings, said that not having the current superintendent around during a search for his replacement is unusual and could complicate the search.

The district hired the firm to conduct the superintendent search, spending roughly $20,000. Last week, the consultants held a series of four meetings with 115 students, parents, staff and administrators.

The consultants said the district’s finances remain strong, its test scores high and its facilities impressive. But they added that the district will need to contend with an overemphasis on test scores, a lack of diversity among staff and a general lack of trust and transparency. School board members said that there wasn’t anything in the report that came as a surprise because the same issues came up during a contentious election season last year.

Freeman was last present at a board meeting in November.

Somer Obernauer, the school board president, confirmed via email Tuesday that Freeman is still officially the superintendent. “As announced at the School Board’s August 2019 meeting, Dr. Freeman’s resignation is effective in June 2020,” the email reads. “This has not changed.”

Elizabeth Klamut, a parent in the district who spoke during public comment at Monday’s board meeting, said there hasn’t been any communication with parents about who is running the district.

She wants to know if board members are taking the appropriate steps if Freeman isn’t showing up to work. “I also want to remind you that it is your fiduciary duty as taxpayers that we have a superintendent that isn’t coming to work, at least not physically at this building lately, that you need to look out for the taxpayers and that we are paying him a lot of money.”

Obernauer didn’t respond to questions about when Freeman last came to work or how the district was being run if he was absent. And six other school board members that PublicSource was able to reach declined to comment. Dave McCommons, the assistant superintendent, let Obernauer respond on his behalf. Freeman didn’t respond to a request for comment.

The school board asked McPherson if there was anything unusual in its report. Steve Joel, a top executive at McPherson and Jacobson, responded: “Your superintendent is no longer there. So that, people are perceiving that differently from a lot of different perspectives.”

School board member Vanessa Lynch asked the district solicitor, Paul Giuffre, to clarify the current status of the superintendent.

“I think you misspoke,” Giuffre told Joel, “because we do have a superintendent presently.”

Joel responded that “in many searches we do,” the retiring superintendent stays around during the hiring process until a new candidate has been hired. And he said that, while Fox Chapel has an interim superintendent, it doesn’t have a “permanent superintendent in place.”

Joel said the superintendent’s status was confusing. “It's not a negative,” he said. “It's just something that probably people are perceiving is unclear.”

The school board announced that Freeman was absent from a board meeting in December because he was sick but hasn’t commented since. PublicSource obtained an email that was written from Freeman’s district email address, and sent to the entire school board, stating that, “My absence is a personnel issue covered by HIPAA,” a reference to the Health Insurance Portability and Accountability Act. Freeman’s email indicated that his absence was due to a health issue.

The compilers of the report mentioned that the district had a number of things going for it, including a wealthy tax base, top-tier facilities and high test scores, among other factors.

But the report also indicated a number of challenges that a new superintendent will face.

“People sometimes have the impression that Fox Chapel is a very affluent school district, and there certainly are pockets that are,” said Marjorie Alexander Wallace, the head of the firm’s Pennsylvania operations. “But there are pockets with free and reduced lunch…that need to be thought about and addressed.”

Parents and community members who still want to provide feedback about the superintendent search can fill out an online survey until Feb. 20. There will be more opportunities for public feedback after the candidates have been narrowed down.

Joel said the district has already received seven applications for the superintendent position and he expects many more to come in before the deadline in two weeks.

Joel said he thought the new report would help draw applicants. “It paints a very, very good picture of a wonderful opportunity for a superintendent that will have some challenges along the way,” he said. “But superintendents are looking for challenges.”