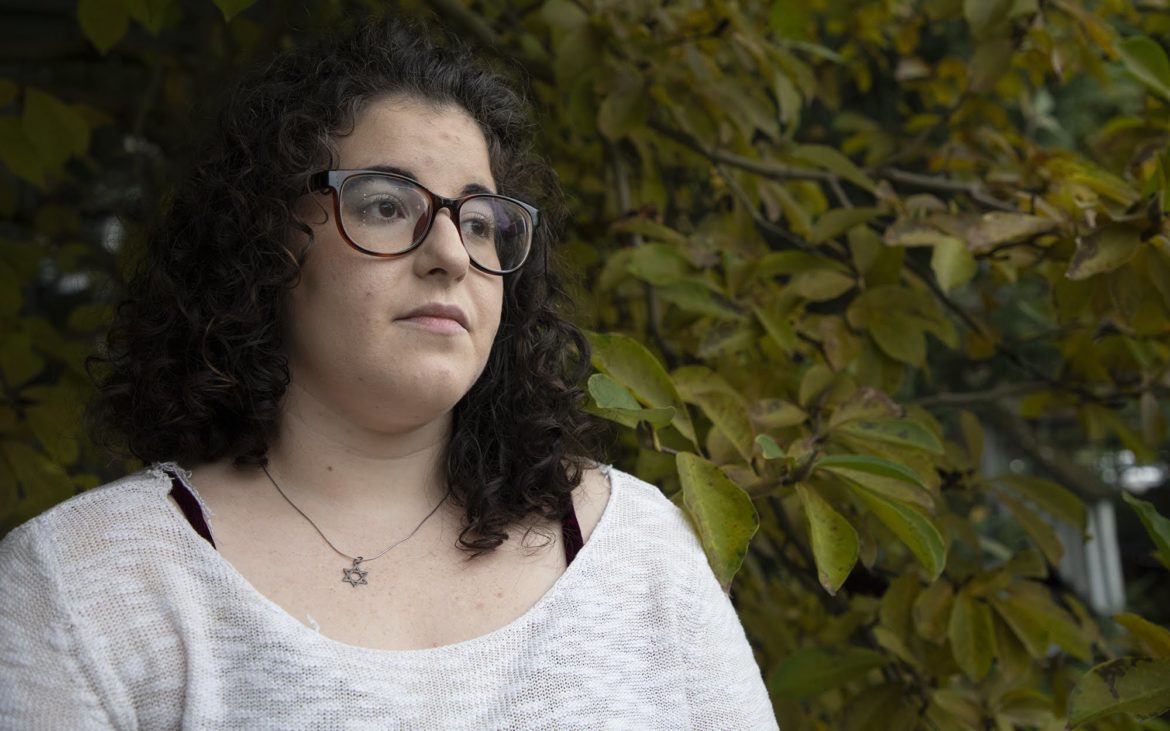 Jordana Rosenfeld, 24, realized that the intense emotions she often feels and felt especially upon learning of the synagogue shooting may be due to trauma passed on through the generations, stemming from anti-Semitic violence. (Photo by Kat Procyk/PublicSource)

The air around me felt thick as I raced to a television to turn on the news. At the sight of the familiar intersection of Shady and Wilkins, made strange by police tape and news cameras, I burst into tears. Dizzy, my limbs suddenly impossibly heavy, I collapsed into a chair in my Point Breeze living room and focused on my breath.

My head has ached almost nonstop since the moment I heard the words, “active shooter situation” at Tree of Life. Every soft tissue of my body seems to articulate grief. The emotional and physical pain has persisted, even after I learned I wasn’t personally acquainted with any of the people murdered. At first, I was at a loss to explain the intensity of my grief.

For the first 20 years of my life, I tried to avoid experiencing sadness, grief and anger, thinking I could push away or bury my pain. Once I realized this was a doomed errand and finally took a serious look at everything I was holding inside myself, I began to think it might not all be mine.

Before last year, I had thought there was no significant family history of experiencing anti-Semitic violence.

A growing body of research shows the negative effects of traumatic stress can also be passed through the generations. The children of traumatized people have been shown to have higher rates of anxiety, mood and psychiatric disorders.

Trauma can be passed through family networks in a variety of ways. Some are behavioral. For example, if a traumatized parent is cold and distant or uses drugs and alcohol, these behaviors impact their children. Retellings of a traumatic experience have the power to traumatize those who listen, but also, silence about a past trauma can be damaging.

New research suggests that the negative effects of trauma may even be genetically heritable. Research published in 2016 in the journal “Biological Psychiatry” offers the first documentation of the transmission of traumatic stress effects from parent to child through epigenetic mechanisms. Epigenetics is the study of heritable changes in gene expression, or which genes are active or inactive, that don’t impact underlying DNA structure. Epigenetic factors influence how cells interpret genes. Epigenetic modifications are naturally occurring but are also influenced by environmental factors like age, lifestyle and, we’re learning, trauma.

So, if trauma produces epigenetic modifications to someone’s DNA (the most-studied example involves DNA methylation, a chemical change that alters the expression of genes involved in stress response), those modifications are passed on through reproduction. 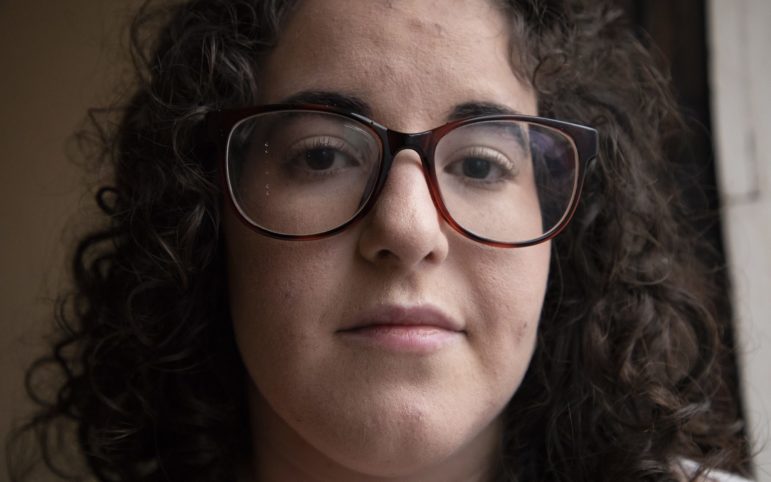 Jordana Rosenfeld didn't know her family's history of anti-Semitic violence until she was 23. It was never spoken of in her family. (Photo by Kat Procyk/PublicSource)

While intergenerational trauma operates within one family, whole communities that have been repeatedly victimized throughout history experience the negative effects of compounded, communal trauma. Jewish communities fall into this category, as do other groups that have been targets of genocide or genocidal violence. In America, Black and Native American communities have been and continue to be constantly attacked by white supremacist violence. Vietnamese American, Korean American and Arab American communities, among others who came to the United States seeking refuge from war and other traumatic events, also grapple with a communal legacy of trauma.

Between the Holocaust and Eastern European anti-Jewish pogroms (a Russian word meaning “to wreak havoc or destroy violently”), anti-Semitic violence has claimed the lives of the vast majority of my ancestors.

My direct ancestors were all living in the United States by 1943. Most of their respective family networks stayed in Europe and were, with one or two exceptions, all murdered in the Holocaust.

My paternal great-great grandmother Rose, whose father was killed in a pogrom in 1919, lost her mother and five siblings, not to mention the aunts, uncles, cousins and grandparents whose names may be forever lost to me.

The suddenness and totality of the loss is unimaginable to me, but I feel sure that its profound effects did not evaporate or die with her.

I think about my grandma Rose, my father’s mother’s mother’s mother, having already experienced on some level the loss of her family through her transcontinental migration, then learning her entire family has been killed and that she is the sole survivor. The suddenness and totality of the loss is unimaginable to me, but I feel sure that its profound effects did not evaporate or die with her.

My great grandfather Martin, great grandmothers Sarah and Leah, great-great grandparents Sonya and Nathan and possibly others experienced similar trauma. Partly because they didn’t talk about the violence in their past and partly because those with knowledge of it died before I got the chance to ask them, a full accounting of my familial exposure to anti-Semitic violence is impossible. Although my family doesn’t know all the details, I believe we do feel its burden.

On my way to work on Wednesday, Oct. 31, I passed my childhood congregation, Beth Shalom. Starting a few blocks from the synagogue, I began to notice sharply dressed pedestrians in dark colors headed toward the synagogue. Approaching the corner of Beacon and Shady, I saw a cluster of photographers and realized Beth Shalom was hosting a funeral for one of the people murdered in the Tree of Life shooting. I felt like I needed to attend to show my support for the bereaved and the rest of my community and to participate in Jewish mourning rituals.

A general sentiment echoed at the funeral service of Joyce Fienberg, one of the victims, was, “She was my sister, mother, aunt, but she was yours, too.”

This was in reference to Joyce’s overwhelming spirit of compassion and service, but I heard it also as an acknowledgement of our community’s collective trauma, a way of saying, “You, like me, also have family members who have been killed for being Jewish.”

This is a searing grief, but not an unfamiliar one. Though we must never become complacent in the face of white supremacist violence, we can perhaps find some comfort and solidarity in the shared nature of our grief.