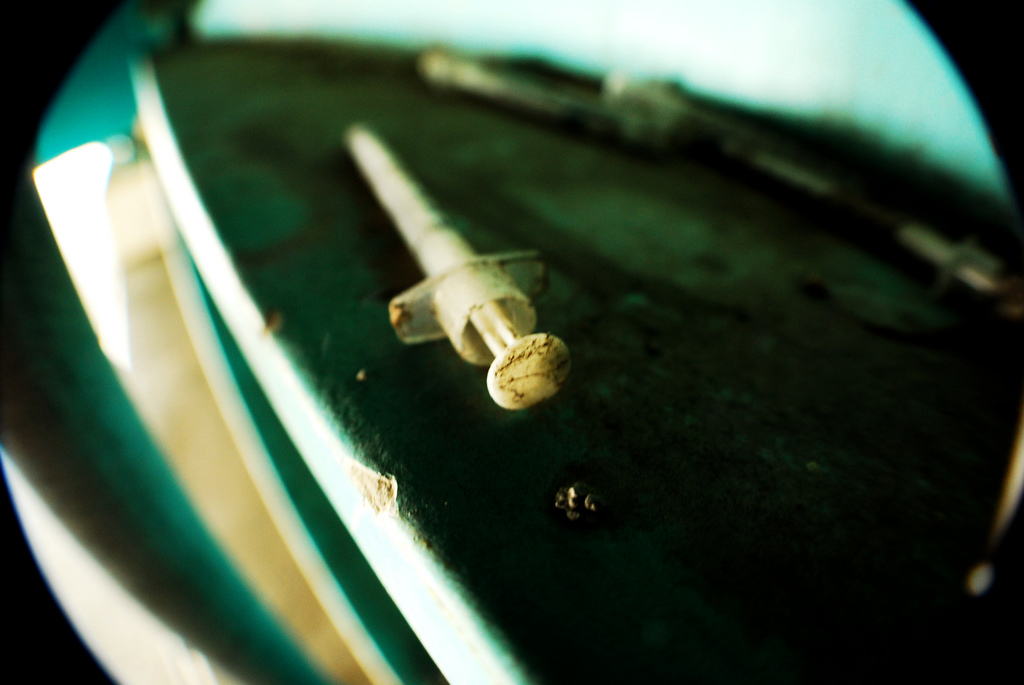 A national heroin epidemic has led some states to increase access to the anti-overdose drug naloxone, but as Al Jazeera America reports, many states only allow it to be carried by medical workers.

Lawmakers in Pennsylvania have recently tried to expand access to police and fire personnel in response to a rash of overdose deaths. Currently, naloxone can only be carried by doctors or paramedics.

Other states have changed their laws to permit addicts themselves to carry the drug, which can be administered by a companion during an overdose, reports Al Jazeera America.

The story follows Kareem, a heroin user in Atlanta:

Kareem would have died without naloxone, but his supply, like the heroin, was contraband. Last year, health workers slipped him a zip-up kit containing a vial of the serum, a syringe, a nasal adapter and instructions, and he told his family and friends where to find it, just in case.

Emergency rooms and paramedics have stocked naloxone for years, but until recently, state pharmaceutical regulations kept it otherwise out of reach.

Accidental overdose is the leading cause of accidental death in the United States, and the number of overdose deaths doubled between 2000 and 2010, the story said. While an addict might shoot heroin in the company of other users, those users could be hesitant to call for help during an overdose out of fear of being arrested.

The recent rise in heroin use is attributed to the crackdown on prescription painkillers such as OxyContin and Vicodin. Pill-related overdoses led law enforcement to target illegal distribution of painkillers, making them harder to find.

The vacuum was filled by heroin, a chemically identical drug that can be sold cheaply and is abundantly available, according to the Al Jazeera America story.

Heroin has been a problem in America for decades, but as NPR reports, the profile of a typical addict has changed. While the drug was earlier associated with poor, urban communities, a recent survey shows that the typical heroin user is young, white and suburban.

“Before, you had to go to a dark, scary place to get these drugs. Now you just go to your school bathroom,” said Robin Elliott, a real-estate agent in suburban Atlanta whose son Zack, a promising student-athlete, died of a heroin overdose in 2011. “You used to think of [heroin users] as being outsiders, not in the mainstream group.”

The drug has also plagued Western Pennsylvania, where heroin tainted with fentanyl caused more than a dozen deaths earlier this year.