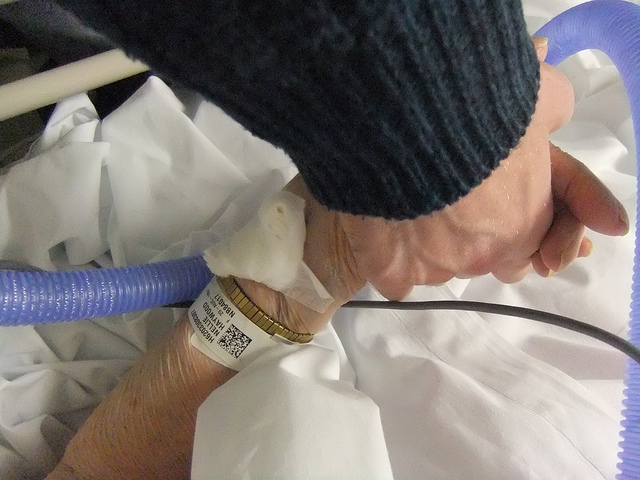 Connecticut is considering a “right-to-die” law similar to the one in Oregon that received media attention last year after 29-year-old Brittany Maynard, who had terminal brain cancer, ended her life there.

The controversial legislation that allows people with terminal illnesses to obtain a lethal prescription from doctors to end their lives when they choose has been debated in the state for the past two years, according to a Connecticut Mirror report.

The issue remains deeply polarizing. Almost everything about it is subject to debate — including whether the proper term is “assisted suicide” or, as advocates prefer, “aid in dying.”

As both sides try to make inroads with legislators, what will ultimately lead to a resolution —  either a change in state law or a resounding setback?

Connecticut is looking to Oregon’s law as a model. It has been on the books for 17 years.

In that time, a little more than 1,300 people have gotten the life-ending prescription after going through the process of meeting with two doctors who evaluate their mental capacity and their prognosis (the law says their illness should be projected to cause death within six months). About 65 percent of those people actually used the drug.

Opponents, meanwhile, work on raising doubts, arguing that no system is failsafe, that opening the door to help end people's lives could leave vulnerable people at risk of harm or feeling pressured to end their lives out of fear of being a burden.

People with disabilities have been outspoken about feeling vulnerable to that pressure. There is a fear among the disabled community that their lives won’t be valued as highly as people without disabilities by the health care system.

Catherine Ludlum is one of the most vocal opponents of the proposal, a position rooted in her experiences. She uses a wheelchair and has extremely limited mobility because of a neuromuscular disease. She speaks of facing discrimination and inaccurate assumptions by medical providers — including a time when she was in the hospital and overheard the staff talking about her as if she led a tragic life in an institution (in fact, she lives in her own home and runs a consulting business).

A Quinnipiac University poll of voters in Connecticut showed only about 31 percent in Ludlum’s opposition camp. Sixty-three percent were in support of the proposal, according to the article.