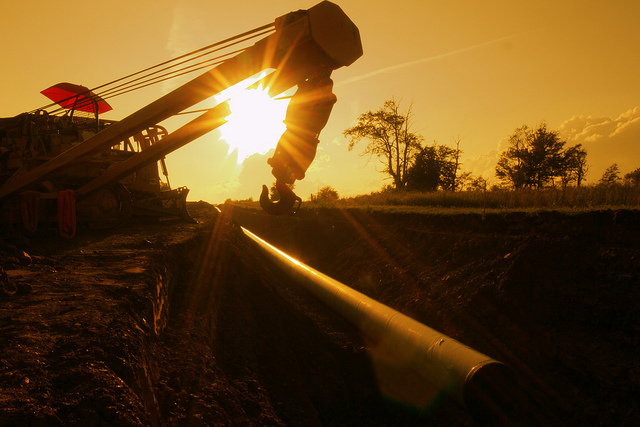 A pipeline at sunset

The natural gas industry in Pennsylvania this week experienced an explosion, a possible link to two earthquakes and a $12 million boost from the state. Here’s what you need to know:

A man whose home caught fire after the explosion at a nearby Texas Eastern pipeline complex was taken to UPMC Mercy Hospital. Residents said the blast sounded like a “jet plane,” and houses within a quarter-mile radius were evacuated while the residual gas burned off, according to the Pennsylvania Department of Environmental Protection [DEP].

The cause of the explosion is unknown.

The DEP is investigating two earthquakes earlier this week near a gas pad in Mahoning Township, Lawrence County.

Twelve hours after a magnitude 1.9 earthquake occurred, the Associated Press reported that Hilcorp Energy Co. stopped fracking on two wells at a four-well pad. Another quake of the same magnitude was recorded ten hours after the fracking had stopped.

In response to residents’ concerns about the pollutants released during drilling, the DEP announced Wednesday that it will add air monitor near more shale gas sites in rural Pennsylvania.

The bill — part of the fiscal code, which does not require Wolf’s signature — allots $12 million to the “Natural Gas Infrastructure Fund,” providing grants that will allow hospitals, schools, businesses and local governments to use natural gas.