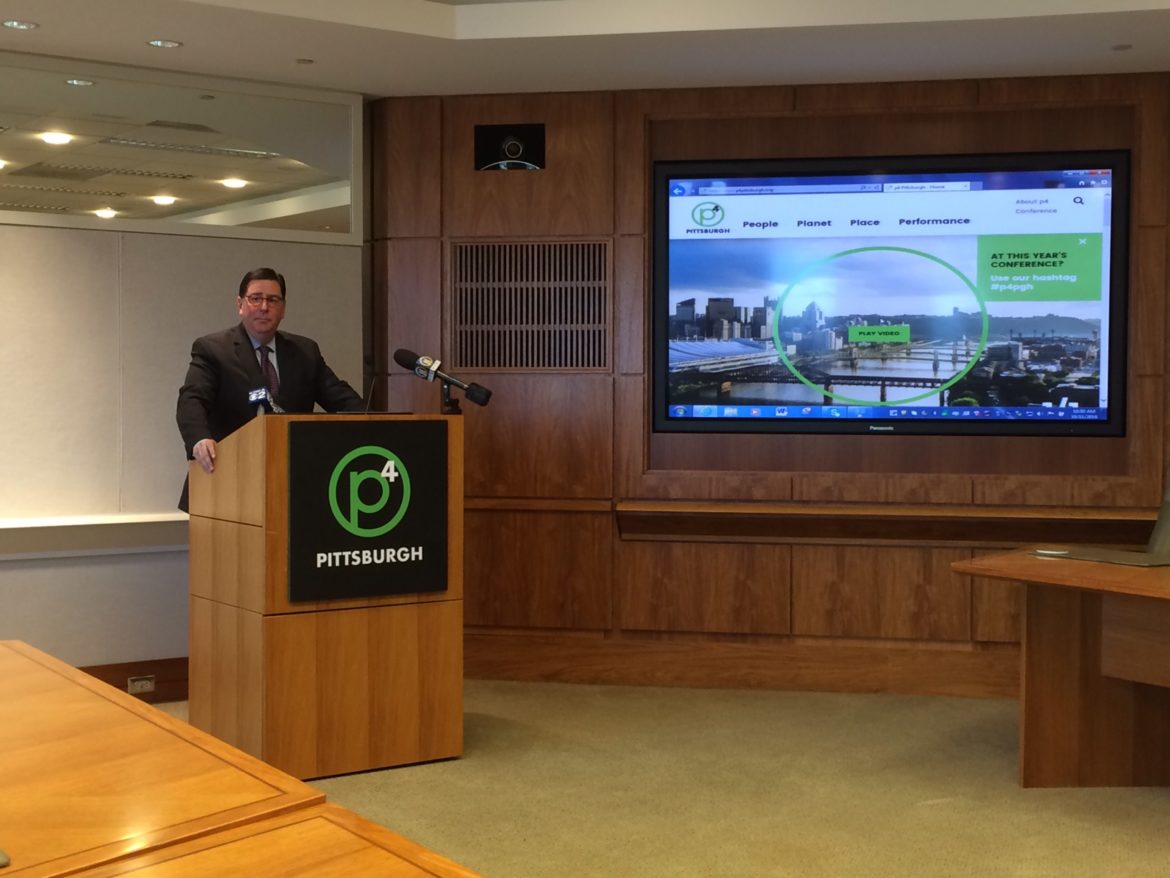 For decades, Pittsburgh has handed out tax subsidies to private developers based on — gasp — friendships and political connections, Mayor Bill Peduto said Tuesday.

However, the city may put new standards in place beginning as early as next year that would bring those backroom deals into the spotlight.

Grant Oliphant, president of The Heinz Endowments, said the city has an opportunity to shed past mistakes of bad development and become a different type of tech hub, one that doesn’t leave its current residents behind.

“If we don’t figure out how to make this next wave of development be all-inclusive...then we will have created a legacy for another generation which will limit Pittsburgh’s success,” Oliphant said.

The city — in conjunction with The Heinz Endowments* and the participation of more than 100 people — developed 12 categories on which developers’ proposed projects would be objectively scored.

The developments that score highest would be funded. The 12 categories that factor into the scores include things like if the developer is planning affordable housing units and open space or to capture rainwater to limit runoff.

Each category is worth 10 points and, for example, promising a higher percentage of affordable housing or making it available to people with lower incomes would net the developer more points.

“There has to be a way to judge and evaluate projects that come up that require public subsidies, hard-earned tax dollars of Pittsburgh’s people, and say these are the types of projects that we will invest in,” Peduto said.

He said several national developers didn’t previously invest here because it was perceived to be controlled by a local few.

“Pittsburgh is always perceived to be a closed market. It was favored sons that got the tax breaks or got the incentives,” Peduto said. “That system of a city that’s for sale will forever be gone.”

The new metrics may be adopted by the Urban Redevelopment Authority and the mayor also hoped they would pass City Council, so that the priorities couldn’t be easily undone by a new mayor.

“Pittsburgh is always perceived to be a closed market. It was favored sons that got the tax breaks or got the incentives. That system of a city that’s for sale will forever be gone.” -Mayor Bill Peduto

The criteria were one of the major outcomes from the first p4 conference that was held 18 months ago. Next week, the second p4 conference will be held on Oct. 18 and 19 at the David L. Lawrence Convention Center. It will focus on equity and housing, and more than 500 of those invited are expected to attend. It is not open to the public.

Pittsburgh’s recent success hasn’t been shared equally across all parts of the city and across all races.

“At the end of the day if we don’t bring up incomes and reduce that wealth gap, particularly as it relates to the minority population, then we’re only creating half of our potential success,” said Presley Gillespie, president of Neighborhood Allies.

Peduto also said the scores would be available to developers and to the public. That transparency would allow any resident to see that the highest-rated developments received public funding and that it wasn’t based on political connections.

“The strength of it is in its transparency. So the scores are not only shared with the developers, but the public at large. It is only through that type of transparency that it has the strength that it needs to be followed,” Peduto said.

The central question for the city is whether the next round of city development will be inclusive and not push out existing residents, the speakers mentioned.

Oliphant cited Austin, Texas, as one town that may have lost its character along the road to fast-paced development. Austin, like Pittsburgh, was highly lauded as it grew and expanded as a hotspot for millennials.

“It’s not good enough for us to rest on our laurels for all these ‘Best of’ lists that we’ve been on,” Oliphant said. “We actually have to worry about what comes next.”