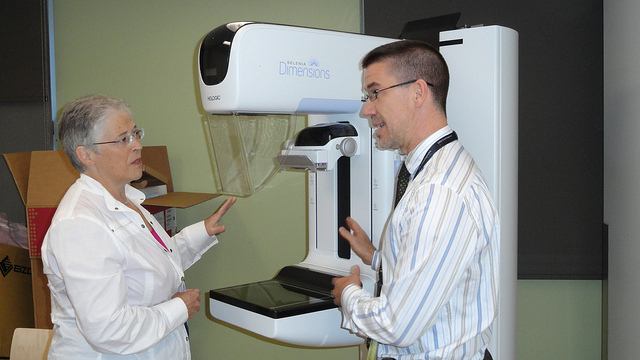 The American Cancer Society has updated breast cancer screening guidelines for the first time in more than a decade after an extensive two-year study.

The American Cancer Society published the new findings Tuesday in the Journal of the American Medical Association.

It no longer recommends clinical breast exams for women “of any age who have had no symptoms of abnormality in the breasts,” the Times writes.

Women are now being told to start having annual mammograms between ages 45 and 54; after that, if women are healthy they should get a mammogram every other year, according to the New York Times.

The new guidelines apply to women with an average risk of breast cancer. Those who have a family history, predisposed genes or other medical problems should screen earlier and more often.

The Times article further suggests that mammography is an imperfect screening method, particularly in younger women who can experience false positive results that cause unnecessary concern and additional testing.

Although research suggests that screening in younger women is less effective, the American Cancer Society said in JAMA that women still have the ability to take the tests as often as they want if they desire them.

According to the Times, nearly 232,000 new cases of breast cancer and more than 40,000 deaths are expected in nation this year. The new guidelines may lead to some confusion among women, their service providers and other prominent cancer institutions.

Another group, the United States Preventive Services Task Force, only recommends mammograms every other year for women ages 50 to 74.

Some groups recommend later testing because the risk for developing breast cancer increases with age.

The American College of Obstetricians and Gynecologists will hold a conference in January to develop a more consistent set of breast cancer screening guidelines. The American Cancer Society and United States Preventive Services Task Force have been invited.