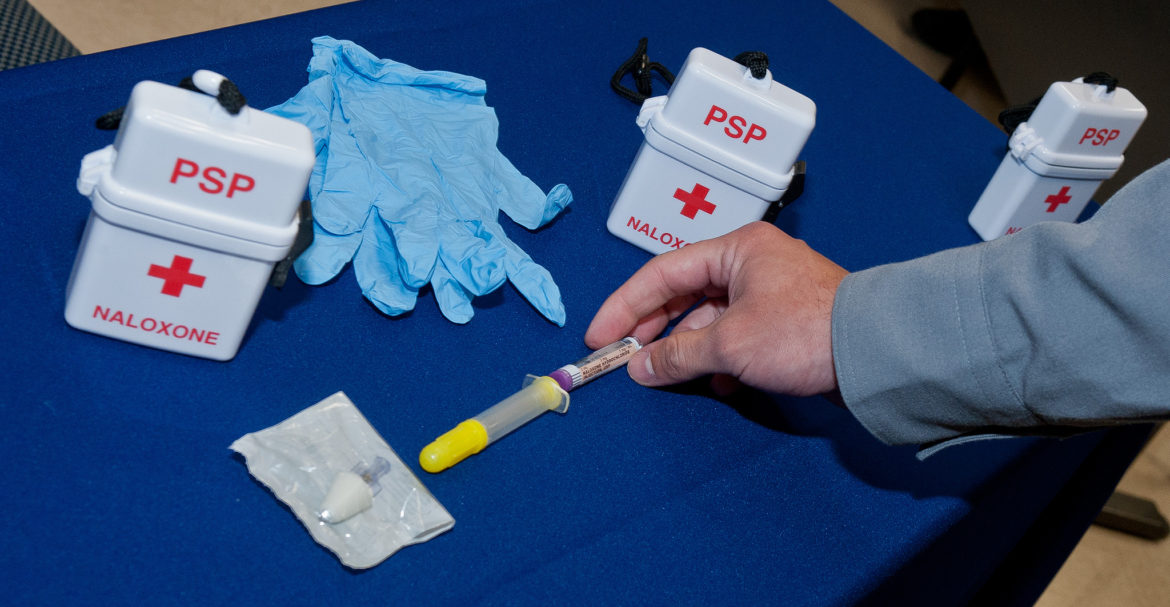 The anti-overdose drug naloxone is now available to anyone who needs it in Allegheny County, following an order yesterday from the county health department.

The drug literally stops an opiate overdose if quickly given to a drug user. But until action from the state Legislature last year, only paramedics in Pennsylvania or someone with a personal prescription from a doctor were authorized to carry it.

State law now allows individuals, including friends and family, to obtain a naloxone prescription even if they aren’t seeking it for themselves. The order from the health department eliminates the need for a prescription at participating pharmacies in the county.

“[I]ssuing a standing order for naloxone will allow individuals throughout the county to have access to what can be a life-saving antidote,” Dr. Karen Hacker, director of the county health department, said in a statement.

In Allegheny County, heroin was detected in 60 percent of the 299 total overdose deaths last year. The state does not keep or publish accurate statistics on heroin overdoses but has widely acknowledged a heroin and opioid painkiller crisis.

Hacker said the recent state law gives her the authority to issue the standing order for naloxone, also known by the brand name Narcan.

Last month, Gov. Tom Wolf announced that the Pennsylvania State Police would be equipped with naloxone.

As PublicSource wrote last year, naloxone has been around for decades, but officials have only recently reduced barriers so individuals who witness an overdose or arrive soon after can actually carry the drug.

Pennsylvania trailed many states, including Delaware, Maryland, New Jersey, New York and Ohio in expanding access to the drug.

Even if an overdose is non-fatal, a drug user can suffer brain damage, which can be prevented if witnesses — including other drug users — are equipped with the overdose antidote.

Naloxone, which can be given through a nasal spray or injection, restores breathing in two to eight minutes, the county said.

In addition to participating pharmacies, the county will have a small supply of intranasal naloxone for purchase at the Health Department’s Immunization Clinic on the third floor of 3441 Forbes Ave. in Oakland.

The cost is $50. Insurance isn’t accepted but receipts are available for reimbursement by insurers.

Naloxone has no side effects and will only work if an overdose involves heroin or other opiates. While it will immediately stop an overdose, medical care should be sought in all cases, according to the county statement.

A person suffering from an overdose may have blue lips or fingernails, clammy skin, small pupils and may make a gurgling sound. More obvious signs include fentanyl patches on skin or a still-injected syringe.

If an individual is suffering from cardiac arrest — which has similar symptoms to an overdose — CPR is required, the county said.

More information on the standing order for naloxone is available here.

More information on overdoses in Allegheny County is available here.