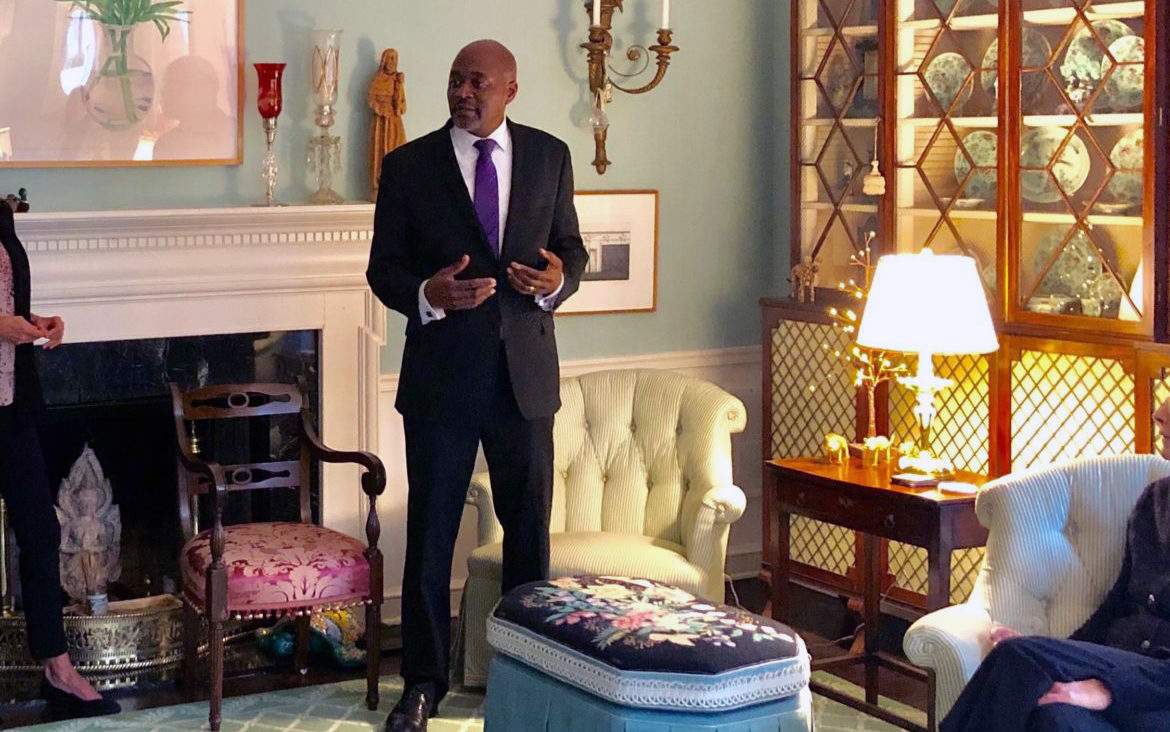 How would he have handled the case differently if he were elected Allegheny County District Attorney?

“I would’ve tried the case,” Jenkins said to about two dozen supporters and potential supporters at a private fundraiser.

By that, he meant he himself would have argued the case in court against Rosfeld who fatally shot 17-year-old Antwon Rose II on June 19. Allegheny County District Attorney Stephen Zappala Jr., who has held the office since 1998, assigned the case to an assistant district attorney.

“I would have been the trial attorney, I wouldn't have handed it off to somebody. ...He doesn't have the trial experience,” Jenkins said of Zappala. County election records show Zappala hasn’t faced a primary opponent in his last three election campaigns.

Jenkins, who is 41 and currently works as a criminal defense attorney, announced his candidacy on July 2. The momentum of his campaign was derailed four days later when his personal belief that homosexuality is a sin surfaced.

The campaign has been quieter since but this week’s fundraiser, days after a verdict that prompted protests throughout the city, Jenkins found the opportunity to comment on how he would have handled Rosfeld’s prosecution. He said he would have called an expert on police use of force to testify. In last week’s trial, defense attorney Patrick Thomassey called a use-of-force expert to testify, but the prosecution did not.

“Apparently our opponent has no comprehension of what it takes to run a DA’s office of this magnitude,” McClelland said. She added that prosecutors had tried to recruit their own use-of-force expert but couldn’t find anyone willing to “step up,” which she said speaks to a “bigger systemic problem” of holding police officers accountable. McClelland also said it was a judge who allowed Rosfeld out on bond before the trial, not the district attorney’s office. 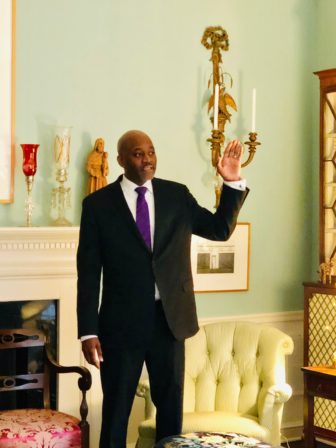 Jenkins has sought to portray himself as a reform candidate who would work to make the criminal justice system in Allegheny County more fair and equitable. He praised Philadelphia DA Larry Krasner, who has made a name for himself as a reformer since taking office last year. Jenkins views him as a “prototype for criminal justice reform and reform-minded prosecutors” and praised his practice of ending cash bail for most non-violent crimes.

Jenkins criticized Zappala for overcharging defendants in an effort to seek plea deals. He said he would stop that practice.

“People are overcharged every day,” he said. “A lot of these charges are exaggerated so people are pleading guilty to things they didn't necessarily do.”

Jenkins also said he would work to divert people from the criminal justice system in Allegheny County. This strategy would include more community outreach and staffing his office with social workers and others who can help  those who find themselves ensnared in the criminal justice system. He said he doesn’t want someone’s first encounter with the DA’s office to be when they are charged with a crime.

“We talk about diversionary courts here in Allegheny County but we don't have true diversion,” he said. “True diversion is capturing people before they enter the system, not once they've already entered because the damage is already done. We could do that here.”

He stressed the importance of proactive diversion because criminal convictions can stay with a person for life, even if they have their record expunged.

“People don't realize the devastation of criminal convictions will cost somebody, whether it's a low-grade misdemeanor or a felony,” Jenkins said. “You have to go to the rest of your life [and] explain it to an employer, explain it to [landlords], schooling and it cuts you off from so many of the basic things that we all enjoy.”

Jenkins cited his record in the Allegheny County Public Defender’s office to show that he’s been proactive in lessening the charges people face and the time they serve in jail. As a supervisor in the public defender’s office, he said his “first order of business” was to have his attorneys examine everyone who was housed in the Allegheny County Jail and file motions to have people released. PublicSource followed up with Jenkins’ campaign to clarify the criteria used to deem which people could be eligible for release. A campaign representative did not respond prior to publication.

“A lot of the people in the Allegheny County Jail are low-level, nonviolent offenders or people who are suffering from mental health issues, drug and alcohol issues or just simply poverty and we've essentially waged war on poverty,” he said. “A lot of these people couldn't get out of jail because they didn't have $100 to pay the bond.”

Jenkins held up The Bronx Defenders, a nonprofit public defenders organization, as a model he’d like to emulate in Allegheny County.

While working in the public defender’s office, he said he was proud to have taken a group of people to meet with the Bronx Defenders because they integrate immigration attorneys, social workers, employment specialists and housing specialists into their staff so that people can “get their lives back on track.”

If public defenders can’t offer people that support, Jenkins said, they’ll come “right back to the system at our expense.”

An attendee of the fundraising event asked Jenkins about the political endorsements he is seeking. Jenkins responded that he was hoping to secure an endorsement from the Fraternal Order of Police, Fort Pitt Lodge No. 1, the union that represents police officers in Pittsburgh.

“I've been in discussions with them,” he said. “We have to move forward. I'm not going to dismiss anybody who wants to endorse my campaign.”

Jenkins later clarified that while he’s open to entertain all endorsements, he is “not for sale” and has a personal “code” he follows when making tough decisions. 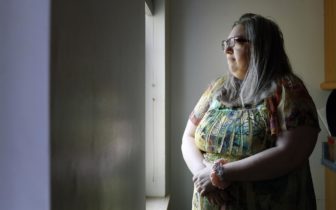 Jenkins also attempted to clarify some of his past comments on LGBT issues. As the Pittsburgh Lesbian Correspondents reported in July, Jenkins stated last year that he believes homosexuality is a sin. Jenkins was asked about what he believes because he is involved with a church that has been public about its views against homosexuality. He was asked about his affiliation with that church.

“We’ve got to  get back to treating people like people, it's not about who you love, the God you serve, how much money you have in your pocket,” Jenkins said at the fundraiser. “I do regret that my faith has entered this race because I'm entering this race to stand up for everybody, all people, because I believe that together we can move things forward.”

He added: “I'm standing up for everybody, without exception. Everybody, period.”

To Sue Kerr, who originally wrote about Jenkins’ statement, his attempt to refine his position wasn’t successful. She questioned why Jenkins said he’d like to go “back” to a time when, as he said, people were treated “like people.”

“His response demonstrates that he still doesn’t understand the fundamental issues that were raised by the queer and trans community,” Kerr said on Tuesday. “There’s never been a point in time in which queer and trans people were treated with respect and dignity.”

Kerr added that Jenkins “has missed so many opportunities to grow” since his statements were first shared publicly nearly nine months ago.

“He’s not willing to connect the dots between the belief that we are sinful and the expectation of how we’ll be treated,” Kerr said.

For the May 21 primary election, the Steel City Stonewall Democrats, an LGBT group that routinely endorses candidates, endorsed Zappala rather than Jenkins. The group’s president, Jim Depoe, said on Tuesday that they endorsed Zappala because Jenkins submitted his questionnaire to be considered for endorsement too late.

Jenkins’ Squirrel Hill audience received him warmly on Monday. If elected, he said he will seek justice, not only convictions.