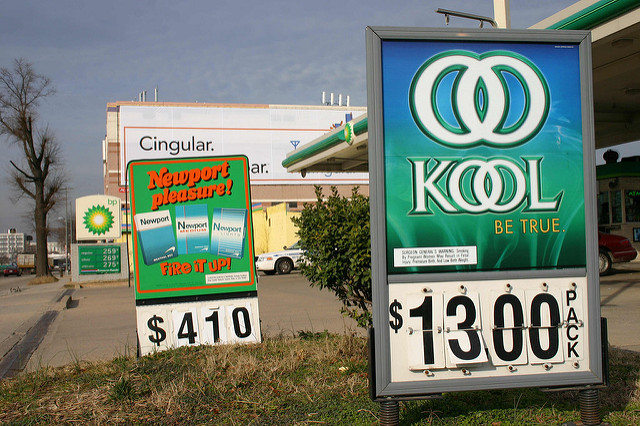 Black health experts want to leverage growing awareness of racial inequality into a fight against cigarettes.

Lung cancer kills black men at higher rates than any other group nationwide, and, on Tuesday, a group of health experts and activists called for President Barack Obama to ban menthol cigarettes, making a direct link between health and social justice.

The federal government found that four in five black smokers have smoked menthols, as The New York Times reports. The mint flavoring makes quitting more difficult and has increased dependence, the Food and Drug Administration [FDA] said in 2013.

But it didn’t halt sales.

In Allegheny County, 35 percent of black adults are smokers, compared to 22 percent of white adults, according to a 2009 county survey.

“There is quite a disparity there,” said Joyce Petrow, chief operating officer of Tobacco Free Allegheny.

Black men are disproportionately dying here from lung and related cancers, according to a 2012 study from the Allegheny County Health Department.

Rather bluntly, the company that sells Newport menthols (which is now part of R. J. Reynolds Tobacco Company)  instructed sales reps in the 1980s to “stay out of the suburbs and go into tough inner-city neighborhoods,” according to the Times.

But the link between social justice and anti-smoking hasn’t always been so clear.

As the Times notes, the tobacco industry in the past helped fund groups like the NAACP, though that is no longer the case.

While smoking rates in general have decreased over time across all demographic groups, Petrow said, the racial disparity has existed for decades.

Has that caused harm?

Well, the lung cancer mortality rate in Pennsylvania is about a third higher for black men, compared to white men, Petrow said.

According to the most recent stats, 23 percent of all local adults identified as smokers, and roughly a third identified as former smokers.

The FDA, which publicly stated the dangers of menthol cigarettes three years ago, said it continues to look at regulatory options.