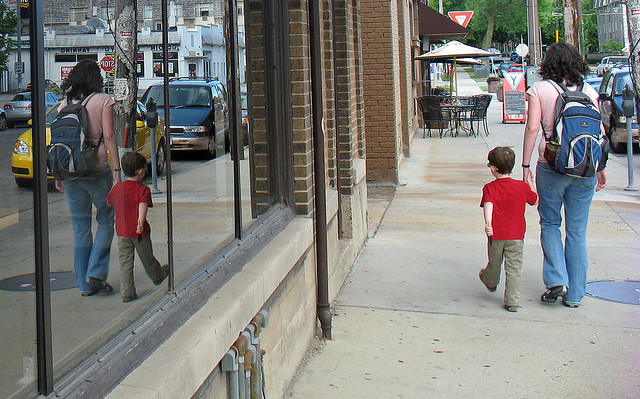 More than a third of the country’s children were being raised by a single parent last year, according to new data released by KIDS COUNT, a project of the Baltimore-based Annie E. Casey Foundation.

Single-parent households are on the rise, too.

According to KIDS COUNT:

Forty-six states reported an uptick in the number of kids raised in single parent households, with the largest jumps occurring in New Hampshire and Delaware. Utah has the lowest incidence of kids being raised by one parent (19%) while Louisiana and Mississippi top the list, with nearly half of all kids growing up in single-parent families.

Pennsylvania was among 21 states where single-parent households made up between 33 percent to 38 percent of family homes.

Nine states joined Louisiana and Mississippi in the top bracket, in which single-parent households made up between 39 percent to 47 percent of family arrangements.

Sociologists, advocates and single parents themselves have concerns about what only having a mom or dad, or other single parental figure, means for the future of those nearly 25 million youth.

According to KIDS COUNT:

Compared with kids in married-couple families, kids raised by one parent are more likely to drop out of school, have or cause a teen pregnancy and get divorced as an adult, according to research.

There are many more mother-only households than father-only households in the United States. In 2014, there were more than 19 million homes headed by a single mom, while 5.8 million single dads managed their families alone, according to Census data provided by KIDS COUNT.

Pennsylvania mirrored the national trends with about 34 percent of households headed by a single parent. In 2014, there were an estimated 913,000 single-parent households in the state, compared to about 1.76 million married-couple households.

PublicSource reported on the issue of single moms in August and also found that they were more likely to be impoverished and unemployed than married-couple households and single dads.

About 40 percent of single moms in Pennsylvania are in poverty; more than 30 percent of women going it alone are unemployed, according to Census data.

And 40 percent of single mothers in the United States are working minimum-wage jobs. When a family of three only qualifies for $403 a month tops in temporary assistance and up to $500 more a month for food, it’s often not enough and it’s difficult to tap into those benefits at all.

“Parents have to find these things out for themselves. It’s really difficult. You have to have the will and the know-how to navigate who to call or where to call,” said Rochelle Jackson, a single mom and welfare advocate with a Pittsburgh-area nonprofit.