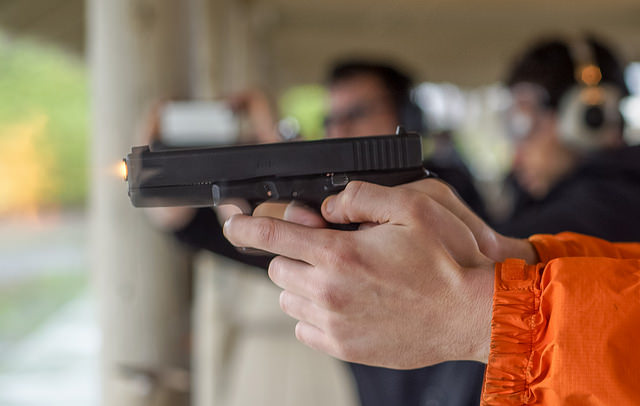 In a big victory for Pittsburgh Mayor Bill Peduto and other state and local politicians, a state court Thursday threw out a law that aided the National Rifle Association in challenging local gun ordinances in court.

The Commonwealth Court of Pennsylvania, an appellate court, ruled that the Republican-controlled legislature used an unconstitutional procedure to get the law enacted in the final days of last year’s session.

Here’s the court’s decision explained by the AP:

The gun provision was merged with a bill whose intent was to establish criminal penalties for theft of secondary metals, such as wires or cables. The judges said that process violated constitutional requirements that bills may not be altered to change their original purpose and must be confined to one subject.

The ousted law, Act 192, would have allowed gun owners to challenge an ordinance without having to show they were harmed by it, and let the membership organizations such as the NRA sue on behalf of a member and recover damages if the challenge went in their favor.

Peduto said in a statement that he was “overjoyed” that the state court system sided with citizens and public safety “instead of special rights for the gun lobby.”

"This law was clearly unconstitutional from the outset, and designed to threaten Pittsburgh and other cities trying to protect their neighborhoods from illegal guns,” Peduto said.