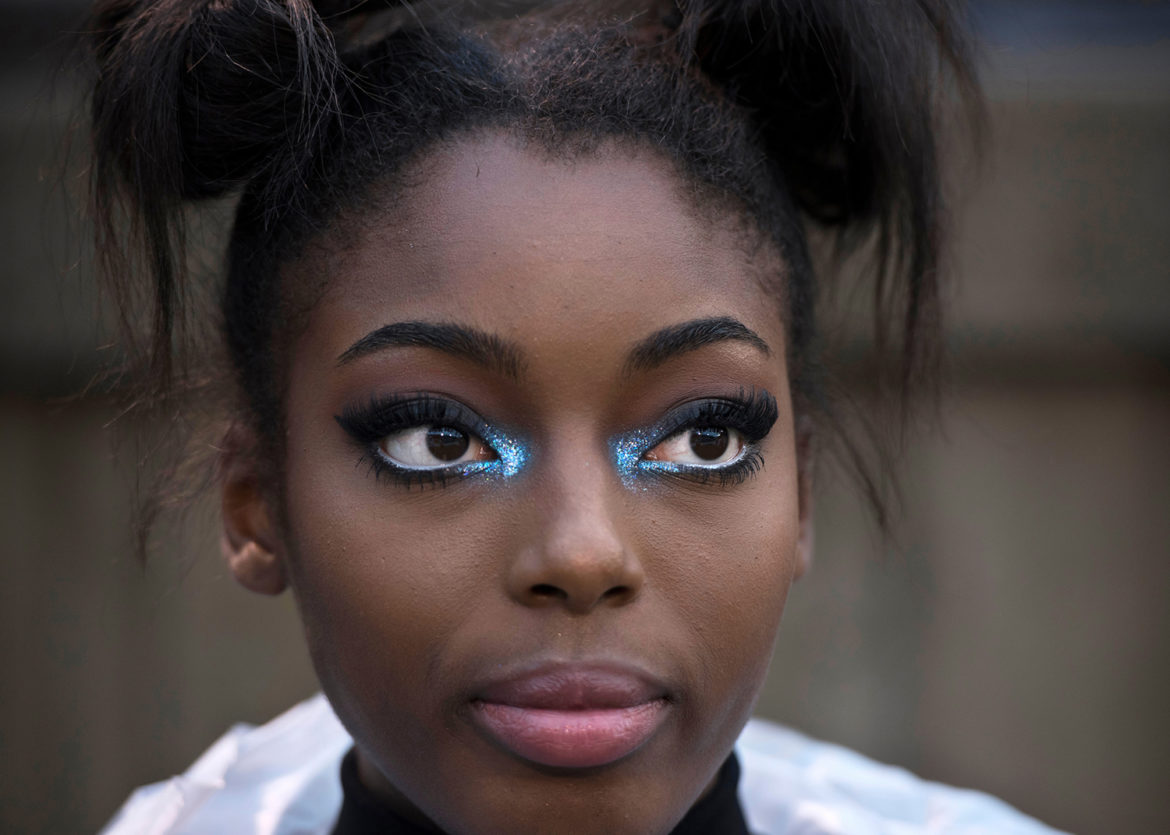 Ava Johnson was one of a few who welcomed that controversial ruling 35 years ago. The ruling that would in the name of desegregation form Woodland Hills School District and forever change the look of education in a number of Allegheny County communities.

At the time of the merger, Johnson had three kids: 9, 10 and 11 years old. To stay on top of changes after the district was formed, she joined the Parent Teacher Association. She was the only black parent in the PTA.

“I was told to make sure my kids took advantage of the advanced classes. That was something new for me, and it turned out well for my children,” Johnson says.

The ruling, aimed at achieving racial desegregation, mandated the merger of the General Braddock district with the school districts of Churchill, Edgewood, Swissvale and Turtle Creek. It was handed down April 28, 1981.

In communities facing a federal court order to become part of the desegregation remedy, there were protests, both in and out of court.

In June of 1981, when students at Scott High School in North Braddock prepared for their last days of school in their old district, many were apprehensive about going where they felt they were not wanted.

Tara Reis was 10 when the district was formed. Her mother, Linda Lafferty, was one of the vocal opponents of the merger at the time. Their family lived in Forest Hills, which was part of the majority white Churchill School District. Today Reis is the president of the Woodland Hills School Board.

“My mother was president of an organization called Save Our Schools, and it’s kind of ironic that she fought this merger. Now she’s a huge supporter because of my involvement and the fact that my brother and I graduated from Woodland Hills and my children will graduate from Woodland Hills in the next few years.” Tara Reis graduated from Woodland Hills High School. Now she serves as the president of the school board. (Photo by Martha Rial/PublicSource)

This story looks at the effects of the 1981 federal court order and the state of Woodland Hills School District today.

It was a routine September agenda review meeting of the Woodland Hills School Board — for only a few in the room (including the author of this story) there were still reminders of the way the district opened its doors during a September 35 years ago. Current students and most of the parents are not old enough to remember it.

Ava Johnson, who now sits on the school district board, remembers. “Education options in General Braddock were poor,” she said. The school was in poor financial state. Its buildings were in disrepair.

The ruling in a federal lawsuit, filed by General Braddock School District parents 10 years earlier, was historic and transformational on several levels.

Federal Judge Gerald Weber ruled that when county and state boards of education approved the formation of the predominantly black General Braddock district, those actions were unconstitutional, violating the Equal Protection clause of the 14th Amendment. The Woodland Hills district would become the last district in Pennsylvania under federal court control until the early 2000s. Edgewood Middle School students lean out of bus windows on Jan. 7, 1982. Edgewood schools were among those dissolved and integrated into the Woodland Hills School District. (Photo by Pittsburgh Press. Reprinted with permission from the Pittsburgh Post-Gazette.)

“The natural, foreseeable and actual effect of combining Braddock, North Braddock and Rankin into a single school district was to perpetuate, exacerbate and maximize segregation of school pupils,” the judge wrote in a 1973 opinion. The change would not be immediate. It would take eight more years of litigation before he would approve a desegregation plan.

When the bus transportation contract was discussed at the recent agenda review meeting, Robert Tomasic of North Braddock — who has been a board member for 28 of the district’s 35 years — raised an issue that sounded familiar to those who recall the district’s origins.

“I talk to all these parents,” Tomasic said. “What they want — they’ll tell you. They say, ‘Why am I being bussed somewhere else when I could walk?’ Enough people here want their children to walk. That saves us money.”

“If we let our kids walk, we would be out of compliance for a whole host of civil rights issues because we would have a segregated district,” replied Superintendent Alan Johnson. “I think yes, there was what they unfortunately call ‘white flight,’” Reis said. “I think the more options that are out there, unfortunately a lot of people they always think the grass is going to be greener.”

Superintendent Johnson has his own theory about the racial population change in the district that borders Pittsburgh and Wilkinsburg school districts. He thinks it’s part of a broader movement of black people moving from the cities into surrounding suburbs, like Woodland Hills, Penn Hills and Wilkinsburg.

“If Woodland Hills would have happened just organically, we’d have seen the same kind of transition,” he said. “I don't think the court finding would have had anything to do with that.” Parents protesting the new school district outside of Franklin House, the Woodland Hills district administration office, in 1982. In 2016, bussing students to schools when one is close enough to walk remains an issue. (Photo by Darrell Sapp. Reprinted with permissions from the Pittsburgh Post-Gazette.)

“The charter movement is taking kids out of our buildings,” he said.

The school district budgets $6 million to pay for charter schools attended by students who live in the district, Belmonte said. “That's a huge number, and our transportation department is constantly trying to get as efficient as possible,” he added. “It's a real challenge.”

Propel East, a charter school in Turtle Creek serving 400 students in grades K-8, is among the options.

“Propel Schools believes that families should have a choice in public education,” spokeswoman Kelly Wall said. “We give students the support they need to thrive in school and beyond the classroom, including embedded support, committed staff and smaller class sizes.”

But the Woodland Hills administration sees an end to their enrollment decline around the corner.

In the early 2000s, Woodland Hills was losing about 400 kids a year to charter schools. Superintendent Johnson said the numbers have been static in the last three years; they’re getting just as many back as they lose.

Woodland Hills four-year graduation rate in the 2014-15 school year was just above 80 percent. That rate was worse than the rates for roughly 90 percent of school districts in Pennsylvania.

Another telling stat: About 74 percent of enrolled students are considered to be economically disadvantaged.

“It simply costs more to educate kids in poverty,” the superintendent said. “There are a lot more kids identified with disabilities that require a great deal of support. We need a lot more individual interventions … We have done as well as any school district could have hoped to and more.” The lasting effect of the 1981 court order to desegregate and create the Woodland Hills School District is rarely more present than around the high school football field, dubbed the Wolverina. (Top left, clockwise) Juniors Jade Hargrove (left) and Elisa Bagwell talk during a football game against Hampton High School. The trumpet section of the high school marching band warms up. (Bottom photos) Michael Whitehearse listens to his teammate Daniel Jones (front) during a football practice in September at the Turtle Creek field. (Photos by Martha Rial/PublicSource)

The district has increased its property tax rate three times since 2006 and points to special education and pension costs as factors. Last year, three elementary school buildings were closed in a reorganization of district resources.

This year the district is also focusing on what it calls restorative practices, which focuses on building relationships with students to resolve disciplinary problems rather than removing students from school.

A 2013 American Civil Liberties Union study listed Woodland Hills among local school districts with the highest suspension rates in Pennsylvania. It found that black students in Pennsylvania were five times more likely than white students to be suspended.

For all of its challenges, though, the Woodland Hills’ capacity for team-building is reflected in its football and musical programs. And their efforts are credited with helping to unify the district.

They have won the AAAA WPIAL championship five times and have appeared in the state championship game three times. Coach George Novak just became only the third WPIAL coach to win 300 games. Eleven of his former players who’ve made it to the NFL, including New England Patriots tight end Rob Gronkowski and Jason Taylor, who played most of his 15-year career for the Miami Dolphins.

The district has also won 101 Gene Kelly awards for its musicals; the awards were established in 1991. Last school year, Woodland Hills won for best scenic, lighting and costume design as well as best crew and technical execution.

“We’re very fortunate,” Reis said. “But our kids who’ve come up through Woodland Hills, that’s all they know. All they know is it’s a richly diverse school district and they’re unified just by being Wolverines.”

Superintendent Johnson said the good fortune has a lot to do with that court order from 35 years ago.

“Had it been Churchill or had it been General Braddock, none of those things would have happened in those two districts. They only happened because those districts were all together.”

Harold Hayes is a former longtime KDKA-TV reporter. He retired this year. He covered the Woodland Hills School District merger in 1981 and wrote another retrospective piece 21 years later. Reach him on Twitter at @hhayes_harold.