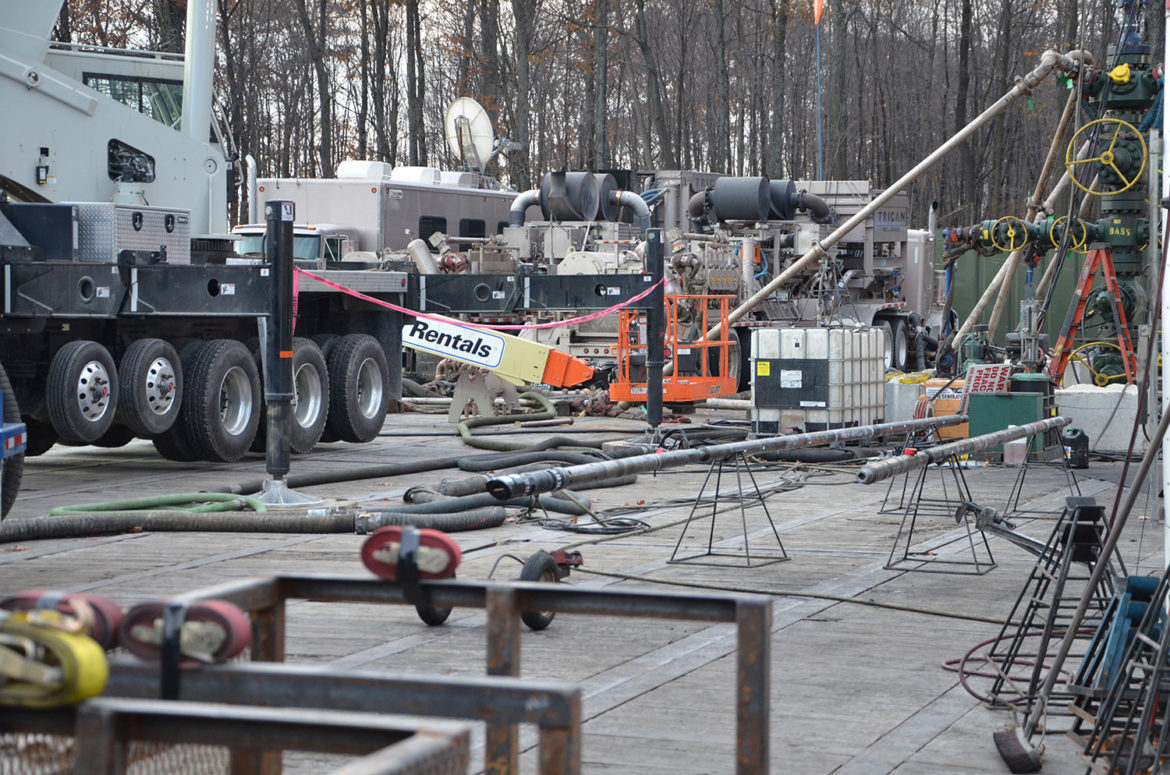 Since the fracking boom began, the debate over the health and environmental implications of shale drilling has been hindered by a lack of scientific research. But more research is being done all the time.

And with New York’s recent announcement that it banned fracking based on potential environmental and health impacts, there is sure to be increased pressure on researchers to keep digging.

Here are several important studies published in 2014. This is by no means a comprehensive list. Other studies have looked at different impacts of the industry, including the potential climate impacts from methane emissions (see this PublicSource post on two recent studies.)

Study: “The Shale Tipping Point: The Relationship of Drilling to Crime, Traffic Fatalities, STDs, and Rents in Pennsylvania, West Virginia, and Ohio”

Synopsis: This report looked at the relationship between drilling activity in Pennsylvania, Ohio and West Virginia and the human and social impacts. The Multi-State Research Collaborative is a group of independent, nonpartisan research and policy organizations from Pennsylvania, New York, Ohio, Virginia and West Virginia, according to its website. (The collaborative and PublicSource both receive funds from The Heinz Endowments.) The study looked at six Pennsylvania counties with 400 or more wells: Bradford, Tioga, Susquehanna, Greene, Washington and Lycoming.

Here are the report’s main findings:

"Our report aims to give communities where drilling has not occurred ... an idea of what the potential impacts will be," said Stephen Herzenberg, executive director of the Keystone Research Center, a labor-backed policy center, told The Patriot News.

Synopsis: A lengthy review of more than 150 peer-reviewed studies looking at the effects of chemicals used in unconventional shale gas operations determined there are human health concerns, including around human reproduction and development. The researchers concluded that exposure to air and water pollution from shale gas activities may be linked to infertility, impaired fetal growth, birth defects, reduced semen quality and miscarriages.

High levels of cancerous air toxins near oil and gas sites in Pennsylvania, Arkansas and Wyoming

Synopsis: Air samples collected near oil and gas operations by trained volunteers (some were members of environmental groups) in Pennsylvania, Arkansas and Wyoming showed that levels of eight volatile chemicals exceeded federal guidelines. The study showed benzene, formaldehyde, and hydrogen sulfide were the most common compounds to exceed federal guidelines. Benzene and formaldehyde are classified as cancer causing compounds by federal agencies and, as EnergyWire points out, hydrogen sulfide, or “sour gas,” is known to poison and kill oil-field workers. The lead researcher, David Carpenter, a physician and director of the Institute for Health and the Environment at New York State University at Albany, told the StateImpact Pennsylvania: “One thing about cancer is that it doesn’t happen tomorrow after exposure,” said Carpenter. “Cancer usually takes at least five, but more often 10, 20 or even 30 years to develop. So our concern is that these carcinogens that were monitored near homes, near schools, near farms with animals, the people that are exposed are going to be at risk of developing cancer. But it will only appear in the future.”

Backlash: The study got some heat from writers at the gas-industry public relations website Energy In Depth, who said the researchers used flawed methods and questioned the political beliefs of volunteers.

Researchers: Duke, Ohio State, Stanford and Dartmouth universities and the University of Rochester

Synopsis: Researchers at five universities analyzed the gas content of 130 drinking water wells in Pennsylvania and Texas and found that faulty gas well integrity, not pushing millions of gallons of water deep underground during the fracking process, was the primary cause of drinking water contamination from shale gas extraction. "These results appear to rule out the possibility that methane has migrated up into drinking water aquifers because of horizontal drilling or hydraulic fracturing, as some people feared," Avner Vengosh, professor of geochemistry and water quality at Duke, said in a press release. Researchers found eight clusters of wells, seven in Pennsylvania and one in Texas, with methane contamination from various well-integrity problems, including poor casing and cementing. "The good news is that most of the issues we have identified can potentially be avoided by future improvements in well integrity," Thomas H. Darrah, assistant professor of earth science at Ohio State, who led the study, said in the press release. A U.S. Department of Energy report released around the same time also found that gas from fracking didn’t migrate to drinking water aquifers at a shale extraction site in Greene County, Pa.

Synopsis: This study found that people living within one kilometer of a gas well reported more health symptoms than those living two kilometers away. Upper respiratory symptoms and skin conditions were most commonly reported.

The researchers recommended further study and suggested looking at what specific air and water exposures might be the causes.

Synopsis: This research shows that treated wastewater from the hydraulic fracturing process, when released into rivers, can produce dangerous cancer-causing chemicals if the water is processed at a drinking-water treatment plant. Water that comes up from a well after it’s been fracked, called brine, contains salts called bromides, as well as chemicals chlorides and iodides. If wastewater is processed conventionally at a treatment plant, which doesn’t remove these elements, and then released into a waterway, that water could enter a drinking water treatment plant and cause trihalomethanes. These are carcinogens linked to bladder, kidney and liver cancer. The EPA requires limits on trihalomethanes in drinking water. The study found that if amounts as low as .01 percent per volume of fracking water is combined with chlorine, used by drinking water facilities as a disinfectant, it can create carcinogens. In 2011, the state Department of Environmental Protection asked the natural gas industry to voluntarily stop taking frack wastewater to water treatment plants, which the industry said it has abided by. That fact prompted an industry public relations group to slam the study.

Synopsis: This study shows that shale oil and gas workers could be exposed to high levels of benzene, which is a known carcinogen. Exposure to benzene has been shown to cause blood cancers, including leukemia. It is a hydrocarbon that is found in fracking flowback water. Workers can breathe it in when working around wastewater, including measuring fluid levels in tanks where the water is stored. The study was relatively small in size, testing workers at six sites in two states, Colorado and Wyoming. The study used air sampling and samples of workers urine to draw its conclusions.