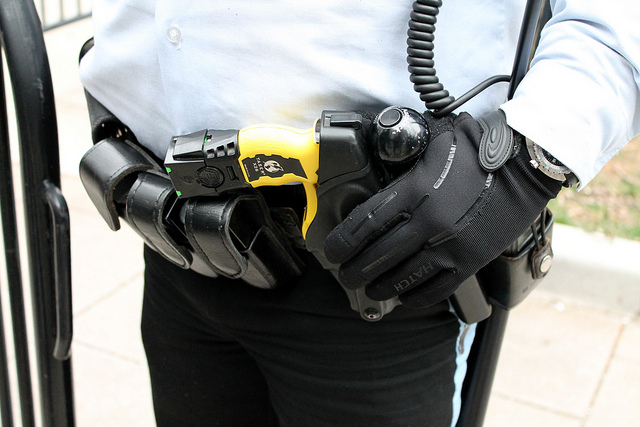 Should police officers involved in fatal shootings be identified?

A few of the nearly 700 departments that had fatal shootings by officers in 2015 will only release the names of the officers if they are criminally charged or deceased, according to a Washington Post investigation of 990 shootings.

About half of the departments say the names should never be released. In California, on the other hand, the names of officers are public record unless a threat has been made against them or the police department. Only 14 names were denied to the Post because the risk of endangering an officer.

According to the Post, federal agencies are “prohibited by the federal Privacy Act from releasing the name of any agent” unless they have been charged. Seventeen of the departments contacted by the Post refused to disclose because officers haven’t been charged with anything.

Of the 990 fatal shootings last year, the Post was unable to identify 210 of the officers, meaning that one in five remain unknown.

Most departments refused to release the names because investigations are ongoing. Sixty-five departments failed to respond to the Post’s inquiries. More than 30 refused to disclose as a matter of policy or for other reasons.

The Post’s database indicates that most of the people killed were armed with guns, or had attacked police. A team of investigators filed open-records requests for additional information on each of the fatal shootings, and they continue to do so for the more than 250 shootings this year.

For 2015, reporters obtained the names of officers responsible for 780 of the 990 shootings. In about 600 shootings, officers names were disclosed by police departments in news reports. In a handful of cases, names came to light through lawsuits or leaks to the news media. Where the names remained unknown, The Post contacted the departments and requested the officers’ identities.

In the last few years, the public has come to demand more police transparency. The Post reports that the Justice Department encouraged police to release information within 72 hours of incidents following a review of the Philadelphia Police Department.

There is no federal standard on when and how to release information regarding fatal shootings by police. According to the Post, departments that opt for disclosure can receive backlash from police unions.

The release of officers’ names is typically governed by state open-records laws. The laws in most states give departments wide discretion to withhold information for a variety of reasons, including exemptions for material used in investigations and restrictions on releasing personnel records.

“It tells the public you have nothing to hide,” said Ramsey, who served as deputy superintendent in Chicago, and police chief in the District before taking over in Philadelphia. “When you’re reluctant to release the names, it builds mistrust.”