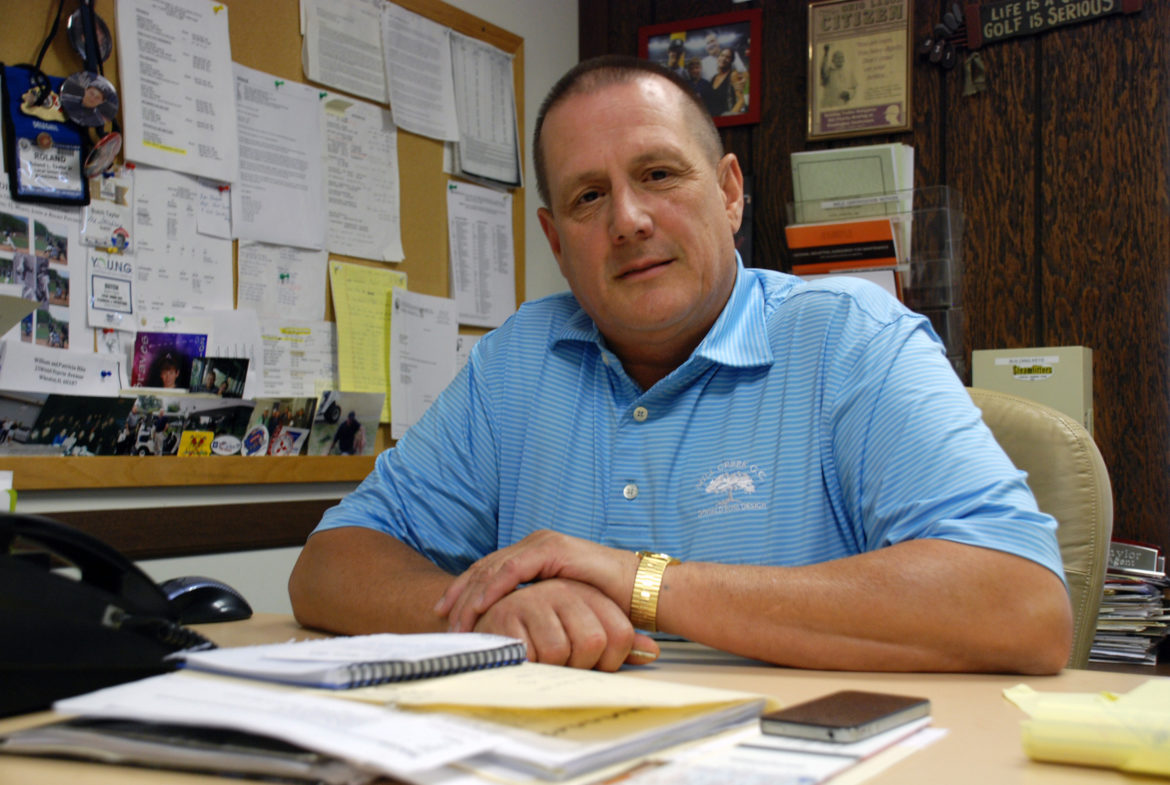 Roland “Butch” Taylor of the Plumbers and Pipefitters Local 396 union sits in a cramped office and talks about the heartache of helping folks find jobs in a rust-belt town where the steel industry dried up in the 1970s.

“You really had to see the depths of what we went through,” he said recently, remembering times when he worried about possible suicides among union members.

But since the shale industry came to town, that’s all changed, he said.

There are now so many jobs for his union members that both locals and out-of-towners are employed, Taylor said.

But he’s concerned that the town may be about to ban the industry that brought many of those jobs.

Frackfree Mahoning Valley, a local environmental group, has proposed a ban on drilling and most enterprises that go along with it.

Youngstown voters will decide in November. A ban failed to pass in May.

It is one of many cities to debate a ban on drilling. The questions don’t seem to change: Should we welcome gas drilling and the money and jobs it brings? Or are the potential environmental problems too costly?

Pittsburgh was one of the first cities in the country to ban fracking within the city limits in 2010, when its city council voted to impose a ban. Voters in State College, Pa., followed in November 2011. And the boroughs of Baldwin, West Homestead and Wilkinsburg have all banned fracking.

Dozens of other cities in states with shale riches have passed bans on fracking or drilling-related activities. Often opponents argue that these laws are in conflict with state or federal laws.

Other cities in Ohio and in states including Colorado, Maryland, North Carolina, Texas and New Mexico have passed measures that ban or restrict fracking. And New York state’s highest court will soon decide whether municipalities there can pass bans on fracking.

In Youngstown, it goes beyond the usual environmental concerns of potential water and air pollution. Frackfree Mahoning Valley members are fearful of earthquakes. Studies have shown that scores of earthquakes in the area were caused by injecting wastewater from drilling into wells deep beneath the earth’s surface for storage.

The waste in injection wells in Youngstown was largely from Pennsylvania.

Eastern Ohio is a hub for deep-injection wells that are drilled into sandstone and limestone formations. There are 177 Class II injection wells in Ohio, which store waste from oil and gas drilling.

“I don't know how many times I hear, ‘Well, we're working on safer techniques,’ ” said Susie Beiersdorfer, a geologist and leader of Frackfree Mahoning Valley. “Why should we be guinea pigs? Why should we put up with your experiment that may devastate our environment?”

Youngstown experienced more than 100 earthquakes from January 2011 to February 2012, according to a new study from Columbia University. The state’s estimates are more conservative: 12 earthquakes, according to the Ohio Department of Natural Resources.

But Taylor said the ban will scare off the shale industry, which has just started to blossom in the area over the last few years.

“The legislation that they are presenting stops these jobs. Stops industry. Stops the manufacturing,” said Taylor, who is a member of the Mahoning Valley Coalition for Job Growth and Investment, which represents business and labor groups opposing the Youngstown ban.

The ban would amend the Youngstown city charter and establish a “Community Bill of Rights.” This would give residents inalienable rights to pure water, clean air, peace and local community self-government.

“Really, its main focus is to protect the rights of the citizens,” said Ben Price of the Community Environmental Legal Defense Fund, a nonprofit group in Mercersburg, Pa., that helped the Youngstown group and 16 other cities draft bans.

Pittsburgh’s city council adopted a ban with the group’s help in 2010.

There have been no court decisions on the bans.

However, in Pennsylvania, the state Supreme Court’s current consideration of Act 13, the state’s new drilling law, may clarify questions about what cities can and cannot do to restrict drilling.

Those opposing the Youngstown ban said it is preempted by state and federal laws.

Lynn Anderson, a member of Frackfree Mahoning Valley, was curled up on her couch with her cats taking a leisurely afternoon nap on New Year’s Eve 2011.

“I was slammed awake like somebody hit the bottom of my house and made it go straight up,” Anderson said. She said there are now several cracks in her 89-year-old house, a lasting mark of the largest recorded earthquake to hit Youngstown.

A 3.9 magnitude earthquake shook the city that day. Prior to 2011, Youngstown had no recorded earthquakes. There was minor destruction, cracks here and there in buildings, but no one was hurt.

The Ohio Department of Natural Resources, which regulates the oil and gas industry in the state, reported that D&L Energy drilled its Northstar 1 Class II injection well too deep.

The company drilled into the Precambrian basement rock, which ran along a fault line, and it ignited a series of earthquakes that occurred over more than a year, according to the department.

Since the earthquakes, the state has enacted tougher regulations on injection well operators to avoid earthquakes.

The company has denied that its injection well had anything to do with the earthquakes.

The owner of D&L Energy, Ben Lupo, and one of his employees, Michael P. Guesman, were charged earlier this year with violating the Clean Water Act for allegedly dumping more than 200,000 gallons of drilling wastewater into a Mahoning River tributary.

Lupo pleaded not guilty. Guesman changed his plea to guilty.

The one permitted injection well in Youngstown is not operational, said Mark Bruce, the spokesman for the department. There are no permits for horizontal wells in the city, he added.

In 1983, the U.S. Environmental Protection Agency gave Ohio the right to regulate its own wells because, the agency said, it had met certain regulatory standards.

Human-induced earthquakes also occurred in Arkansas, which has since passed a permanent moratorium on injection pits in one region of the state after 1,000 earthquakes occurred there in 2010 and 2011.

Scientists have also linked earthquakes to injection wells in Texas, Colorado and Oklahoma.

Beiersdorfer said she’s sick of seeing her city used as a dumping ground for fracking waste from Pennsylvania.

She said her group will keep going, ballot after ballot, until they get a ‘yes’ vote against fracking.

The new jobs in Youngstown have been created mainly by manufacturers feeding the shale industry, such as pipeline makers and companies that make production parts for the industry.

The anti-fracking initiative does not ban the manufacturing of parts supporting the shale industry.

Vallourec Star, a French company that makes steel pipe for the industry, built a $1 billion plant in Youngstown in 2012.

It’s estimated that the pipe maker has created 350 direct jobs in the shale industry, according to Tony Paglia, a spokesman for the Youngstown Regional Chamber and the leader of the coalition opposing the ban.

“Look folks, Youngstown is open for business,” said Mike Chadsey, spokesperson for the Ohio Oil and Gas Industry. “The oil and gas industry is helping this city get back on its feet again.”

But Taylor believes if a ban on fracking were to pass, the city would no longer be attractive to the industry.

“Everybody wants clean air and clean water,” Taylor said. “Nobody wants to jeopardize that.”

But, he said, when groups make Youngstown look unfriendly to shale businesses, it will cost the city jobs. In that case, he said, “we are going to fight very passionately to stop them.”