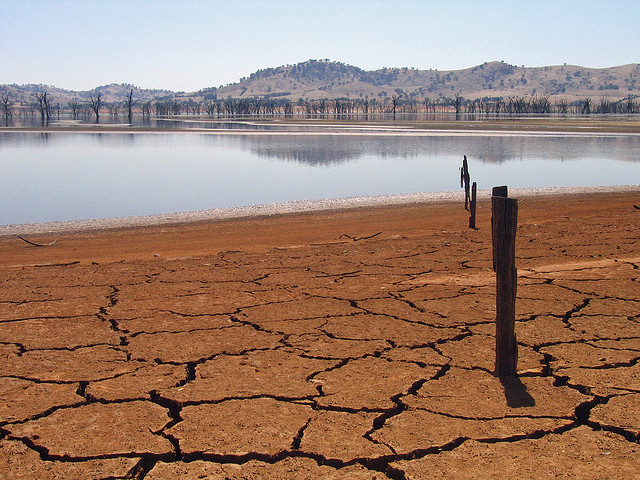 In a big day for the fight against climate change, political leaders worldwide made promises Tuesday to significantly cut greenhouse gas emissions. The announcements come just five months before a United Nations meeting in Paris aimed at coming up with a first-of-its-kind international climate pact.

President Barack Obama and Brazilian President Dilma Rousseff both promised in a joint statement to get 20 percent of their country's electricity from renewable resources by 2030, excluding hydropower. The White House called the pledge “highly ambitious” for both countries because it’s three times more renewable energy than the U.S. currently produces and twice as much for Brazil. The countries are two of the world’s top 10 greenhouse gas emitters.

China, the world’s biggest carbon polluter, formally declared to the United Nations that it will stop its rise in annual carbon pollution by 2030.

Climate goals were also announced by leaders in Iceland, Korea and Serbia, adding to the 40 countries who have already submitted plans on cutting carbon emissions, agreed to under a United Nations accord reached in Peru last December, according to The New York Times.

But all the fuss and plans submitted might still not be enough to avoid a warming planet, according to The Times:

...it is increasingly evident that the policy actions by these countries and others will not be enough to stave off a rise in the atmospheric temperature of 2 degrees Celsius, or 3.6 degrees Fahrenheit. At that point, scientists say, the planet will be locked into a future of extreme storms, droughts, food and water shortages, and rising sea levels.

The plans submitted under the Peru agreement are aimed at forming a new core agreement at the Paris climate talks in December.

Last November, Obama and Chinese President Xi Jinping pledged that the U.S. would lower its emissions up to 28 percent from 2005 levels by 2025 and China’s emissions would peak and decline by 2030.

In March, Mr. Obama submitted a plan to the United Nations detailing how the United States would meet its target. It said it would do so chiefly through enactment of Environmental Protection Agency regulations on emissions from cars, trucks and power plants.

The new climate pledges this week by the U.S., China and Brazil are seen as a means to position the three powers as leaders in fighting climate change before the December Paris talks.

Read more about these climate pacts here and here.