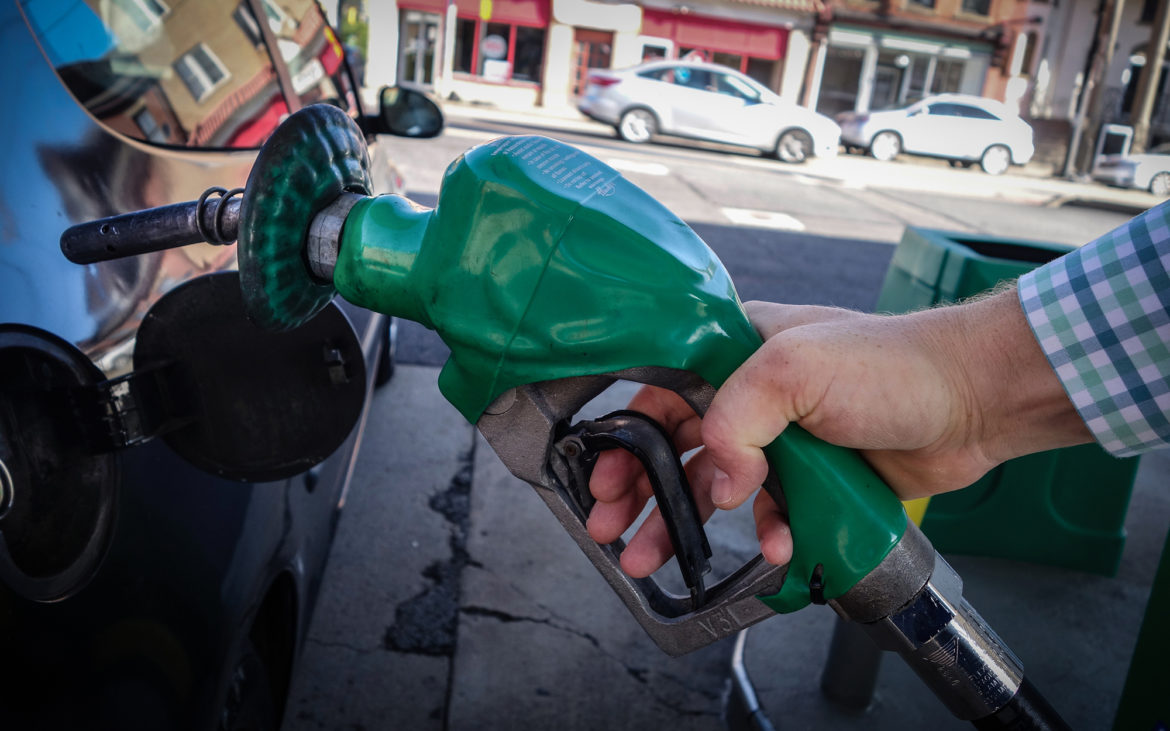 Emissions from personal vehicles account for about two-thirds of the transportation sector’s contribution to greenhouse gases. (Photo by Oliver Morrison/PublicSource)

Pittsburgh will host one of only three public hearings in the country that could have sweeping consequences for what kind of car you drive, how much you pay for it and the quality of the air you breathe.

Two federal agencies – U.S. Environmental Protection Agency [EPA] and National Highway Traffic Safety Administration – are organizing the public hearings to discuss a proposed rule which, if enacted, would relax an Obama-era requirement for car companies to improve their gas mileage every year.

With the transportation sector as the largest source of greenhouse gases in the United States, what happens after the federal hearings will make an impact on how hot the planet will get from climate change. The hearing in Pittsburgh takes place on Sept. 26 but anyone who wants to speak must sign up by Sunday, Sept. 16.

Scroll to the end to learn how you can weigh in at the Sept. 26 hearing.

What is the proposed rule change?

The original rule, issued in 2012, would have required the average miles per gallon [mpg] of vehicles to rise every year until it reached above 50 mpg by 2026.

The auto industry wanted the rule to be reviewed to see if the targets still made sense halfway through. The Obama administration pushed through its midterm review reiterating its support for the targets a week before Donald Trump took office but the auto industry complained the review was rushed and Trump’s EPA decided to redo that analysis. 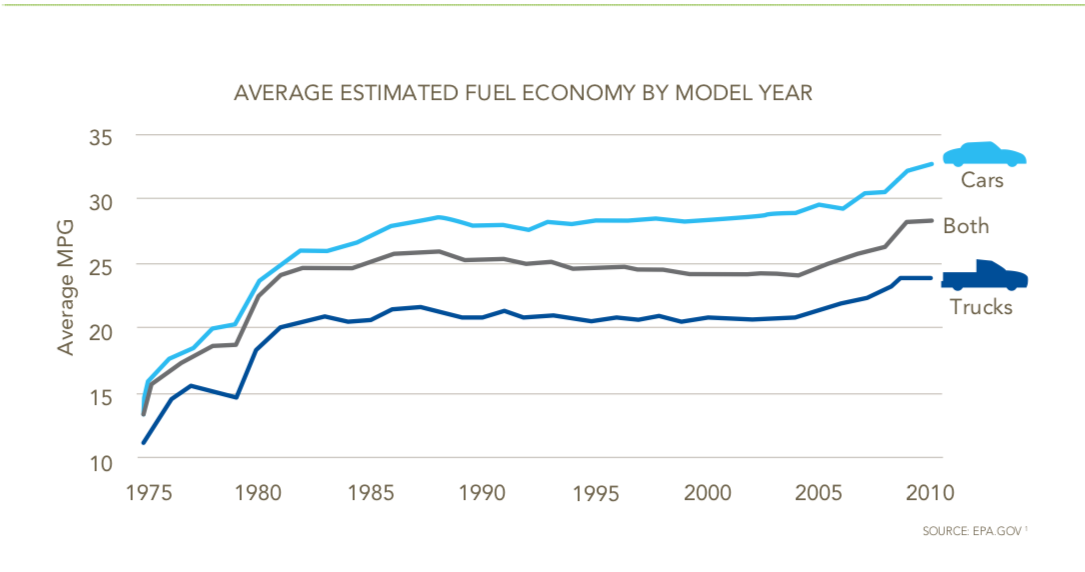 Under Trump’s proposed rule change, car manufacturers would continue to increase their fuel efficiency to about 35 mpg by 2020 but then be allowed to stay flat through at least 2026.

What are the Trump administration’s arguments?

One of the main arguments is that the environmental regulations under Obama’s EPA would make cars too expensive. It can cost more money to include more fuel-efficient technologies.

Proponents of the Obama rule argue that people actually save money in the long run. When the rule was announced in 2012, the EPA estimated a car would cost around $2,000 more on average but the average driver would save around $8,000 over the life of the vehicle. 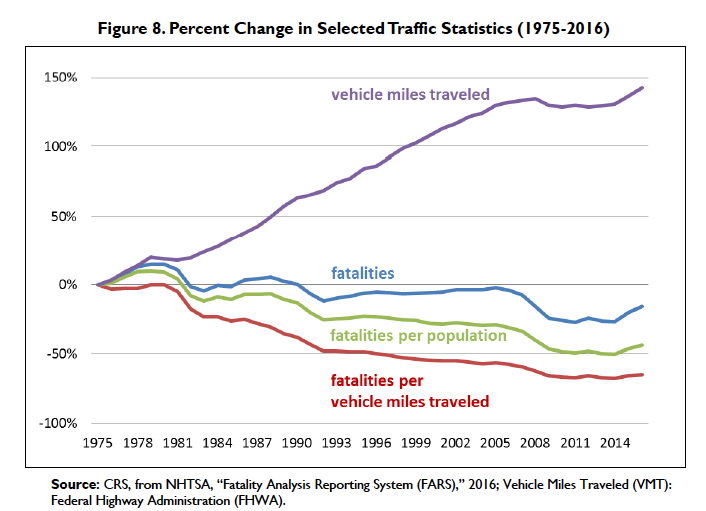 While experts agree with the EPA's basic logic, there is disagreement about how many lives would be saved. Some environmentalists argue that rolling back the rules will cost more lives from an increase in car pollution than would be saved from fewer accidents.

If it turns out that the EPA's data on saving people from car accidents isn’t widely supported, courts could later overturn the agency’s decision to change the rule. Several other attempts by the Trump administration to roll back environmental rules have already been overruled by the courts. For example, the Trump administration rejected a ban on the pesticide chlorpyrifos, which was harming children; a federal appeals court, though, ordered the EPA last month to ban it within 60 days.

Why is there a hearing in Pittsburgh?

Both the economics and environmental costs of the rule change could have a big impact on Pittsburgh. And if the EPA is looking to receive favorable comments on its proposal, it may have chosen Pittsburgh because of its proximity to the steel industry, according to Grant MacIntyre, the director of the Environmental Law Clinic at the University of Pittsburgh.

If new vehicles have to become more fuel efficient under the more restrictive Obama-era rule, auto prices could go up and some people may delay or choose not to purchase a new car. That could mean less need for steel, MacIntyre said.

And it’s possible that, to make cars more fuel efficient, auto companies would try to replace some heavier steel parts with a lighter material like aluminum.

Pittsburgh also has some of the worst air quality in the nation, according to the American Lung Association.

Pittsburgh also has some of the worst air quality in the nation, according to the American Lung Association. Although the focus of the rule change is on greenhouse gases that lead to global warming, environmental groups argue that it could also increase other harmful pollutants released by cars, like ozone.

One of the other public hearings is on Sept. 24 in Fresno, California, a state that has pockets of the worst air pollution in the country and has been granted unique powers to set its own rules about car emissions.

In 2012, California aligned its standards with the federal emissions standards but this would change if the Trump administration weakened the rules.

The third hearing will be on Sept. 25 in Dearborn, Michigan, the heart of the American auto industry.

Can public comments make a difference?

Public comment periods are required by law but they’re not just a formality, according to MacIntyre, a former lawyer for the EPA.

If an advocacy group wants to sue the government later, he said, it needs to include all arguments against the rule in its public comments. Any argument that isn’t raised during the comment period can’t later be brought up in court. The court doesn’t decide what the rule should be but whether the agency decided it fairly.

The public can submit comments electronically if unable to attend one of the three public hearings.

If the EPA doesn’t adequately respond to an argument brought up during the public hearings, a court could decide that the EPA needs to go back and address the objections before the rule can be approved.

The public can submit comments electronically if unable to attend one of the three public hearings. MacIntyre said these kinds of hearings are often in Washington, D.C., so a hearing in Pittsburgh provides a rare opportunity to speak directly to EPA representatives.

The public comments are often covered by the media and can be a way to change the minds of politicians and voters, he said. When the EPA first announced it would reconsider these rules in 2017, the agency received 290,000 comments.

What will the environmental impact be?

At a basic level, the rule change would increase emissions of greenhouse gases that accelerate global warming above what they would have been under the previous rule, according to Jeremy Michalek, the director of the Vehicle Electrification Group at Carnegie Mellon University.

Emissions from personal vehicles account for about two-thirds of the transportation sector’s contribution to greenhouse gases. The rule change would roll back the main tool government has to reduce these emissions.

Vehicles in the United States get worse gas mileage than vehicles in most other industrialized countries. And until the government started intervening in the early 2000s, the overall fuel economy in the nation had been stagnant for more than two decades.

The Obama-era rule was projected to decrease greenhouse gases by 570 million tons. For perspective: The entire city of Pittsburgh emits about 4 million tons per year. 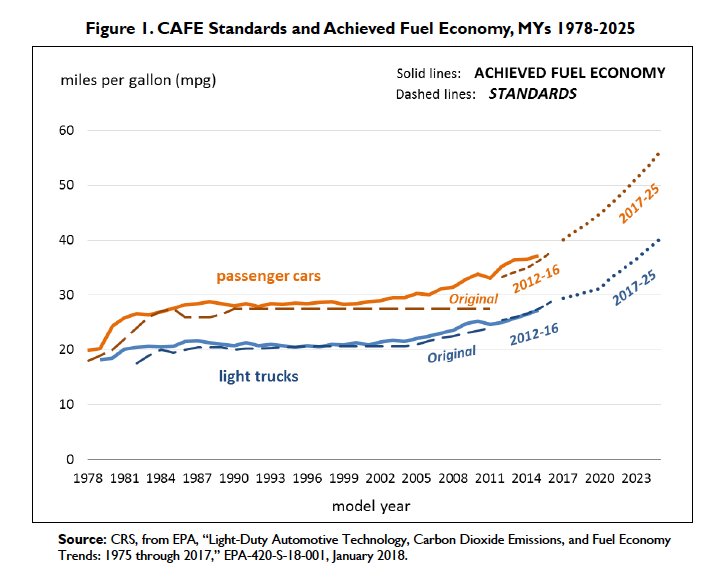 The federal rules are important, Michalek said, because individuals cannot reduce emissions on their own. For instance, he said, when someone buys an electric vehicle in California, the emissions saved by that purchase can be offset by people buying even dirtier vehicles in Alabama.

This happens frequently right now, Michalek said. “If I buy a cleaner vehicle, it enables someone else to buy a dirtier vehicle,” he said.

When a car company sells an electric vehicle, the government allows that company to sell other vehicles that are a little dirtier. The net result, according to a recent study by Michalek and his colleagues at CMU: buying electric cars may actually be leading to increased greenhouse gases for the country as a whole.

The national standard for fuel economy under Obama required car companies to improve the performance of their entire fleets. So when people bought more fuel-efficient cars for themselves, they could be more confident that the overall efficiency of vehicles in the country would also improve. If the Trump rule freezes fuel efficiency standards, it will be difficult to lower overall emissions even if many individual buyers are making environmentally friendlier choices.

Who are some likely winners and losers of the revised rule?

The local steel industry likes the new rules, according to statements by U.S. Steel and the American Iron and Steel Institute. But its members also want consistency, so there aren’t separate rules for vehicles in different states.

The auto industry is willing to allow for increases in fuel efficiency every year but prefers smaller ones than those currently required. The Alliance for Automobile Manufacturers has made clear it wants the federal government to find a compromise so the targets are lowered and they don’t get held up in court for years.

One potential loser is manufacturers of vehicles that already run clean.

One potential loser is manufacturers of vehicles that already run clean. Tesla, for example, has been earning hundreds of millions of dollars per year in credits for exceeding its emissions targets, which they sell to other car companies. Lower targets means less money for clean car companies like Tesla.

Environmentalists who favor quick action on climate change may be the biggest losers. That includes city governments, like Pittsburgh, which, along with more than a dozen other city governments, has come out against the proposed changes.

“Vehicle emission standards are the most effective tool for controlling transportation-related emissions, and local governments lack the authority to create their own standards,” said Michael Burger at the Columbia Law School’s environmental clinic. “So the federal standards are of critical importance.”

When: The Wednesday, Sept. 26 hearing on the proposed “Safer Affordable Fuel-Efficient (SAFE) Vehicles Rule” starts at 10 a.m. and runs until 5 p.m. or until the comments are finished.
Where: The DoubleTree by Hilton Hotel & Suites Pittsburgh Downtown, One Bigelow Square.
To participate: The hearing is open to all; it will be accessible to people with disabilities. Those interested in making a public comment at the hearing should contact Kil-Jae Hong at the National Highway Traffic Safety Administration by Sunday, Sept. 16 at kil-jae.hong@dot.gov. Hong will need the following information: “Name, affiliation, address, email address, telephone and fax numbers (if applicable), time you wish to speak (morning, afternoon) if there is a preference, and whether you require accommodations such as a sign language interpreter or translator.” Comments can be up to 5 minutes long. Comments will be accepted on its website until Oct. 23.