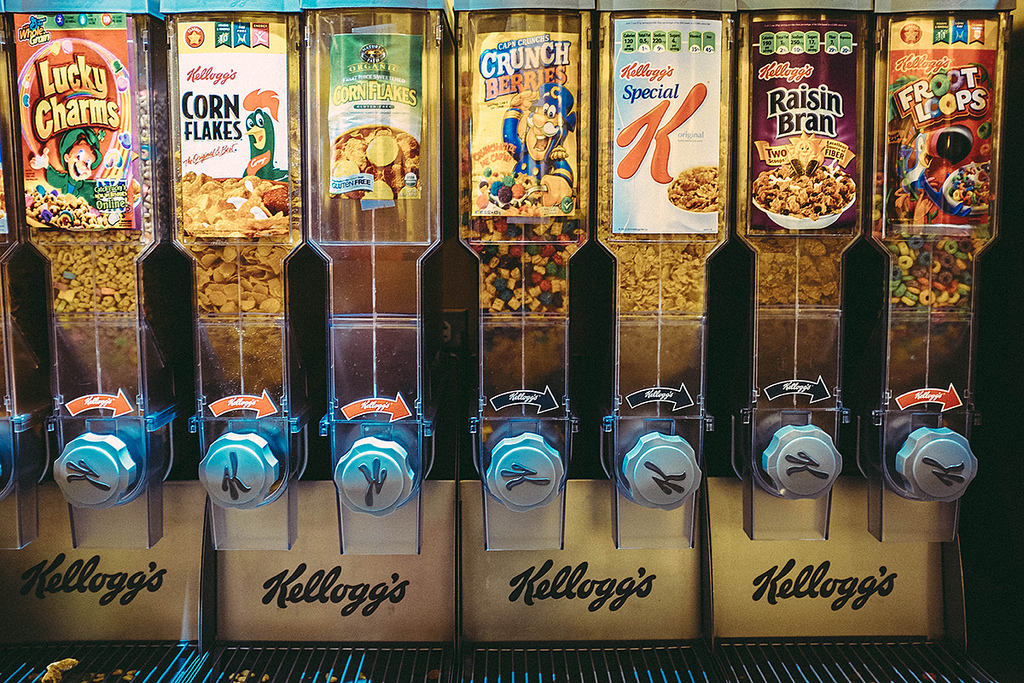 Your morning fix of Kix, Frosted Flakes and Corn Flakes will get pricier in the next 15 years, according to a new report from Oxfam International.

Oxfam’s report also points fingers at the “Big 10” food and beverage companies for not doing enough to fight climate change by cutting emissions from their agricultural supply chain operations and lobbying for governmental action to reduce climate change, according to the article.

The cost of rice and corn will double by 2030, according to the report. Half of that increase will be caused by climate change.

Oxfam says there’s evidence to suggest that the breakfast cereal industry is already vulnerable to bad weather. General Mills told investors in March that recent brutal winter had dampened economic performance: “We lost 62 days of production…Trucks could not move, and the rail system becomes less efficient,” said Ken Powell, the CEO of General Mills. ”It disrupted plant operations and logistics,” he explained.

The Oxfam analysis combined the emissions numbers of 10 major cereal-producing companies (including Associated British Foods, Coca-Cola, Danone, General Mills, Kellogg, Mars, Mondelēz International, Nestlé, PepsiCo and Unilever.) Oxfam said if the companies were considered a single country, their combined greenhouse gas emissions would rank them the 25th most emitting country in the world, according to the Climate Desk article.

One of Oxfam’s major findings is that while these companies have all set targets to reduce some of their emissions, they are failing to take the necessary steps to rein in the biggest proportion, on average, of their footprint: the so-called “Scope 3″ emissions that come from their supply chains. (Scope 1 and 2 emissions, by contrast, come directly from the companies’ own operations). These Scope 3 emissions can include things like direct emissions from land use—cow flatulence, for example—and the indirect carbon emissions caused by ripping down forests for farmland. In total, these Scope 3 emissions account for around 50-60 percent of the emissions footprint of the 10 companies combined, according to Oxfam. That’s equivalent to the emissions of about 40 coal-fired power stations.

According to Oxfam, none of the 10 companies analyzed “have committed to a target to reduce their total agricultural emissions or require their suppliers to make reduction targets.”

The Oxfam report specifically calls out General Mills and Kellogg's, calling them "climate laggards" and accuses them of not engaging with government enough to combat climate change, according to Climate Desk's article. Oxfam based these claims on lobbying reports for major pieces of legislation to combat climate change and an international document that corporate companies have signed pledging to reduce their carbon budgets.

Some of the cereal producers pushed back against Oxfam's report.

We serve on the steering committee of The Consumer Goods Forum, and as a member of the Tropical Forest Alliance, which is actively engaging governments in Asia and Africa on the important issue of climate change. We are also a member of the Roundtable on Sustainable Palm Oil, which engages governments on issues related to deforestation and climate change in Indonesia and Malaysia.

[Kellogg's] also pushed back against Oxfam’s argument that the company does not influence policymakers:

We regularly engage with stakeholders on the important topic of climate change, along with a wide range of issues. This includes Consumer Goods Forum, Global Environmental Management Initiative, Carbon Disclosure Project and Sustainable Agriculture Initiative, and others. We are also members of The Sustainability Consortium, a network of leading companies seeking to promote sustainability throughout the product lifecycle of consumer goods.​

Oxfam's overall aim for the report was to pit companies against each other to improve their actions on climate change, according to Climate desk.

“We want them to be competing against each other to improve, and to drag up the standards across the industry," said Oxfam's Tim Gore, one of the report's authors.