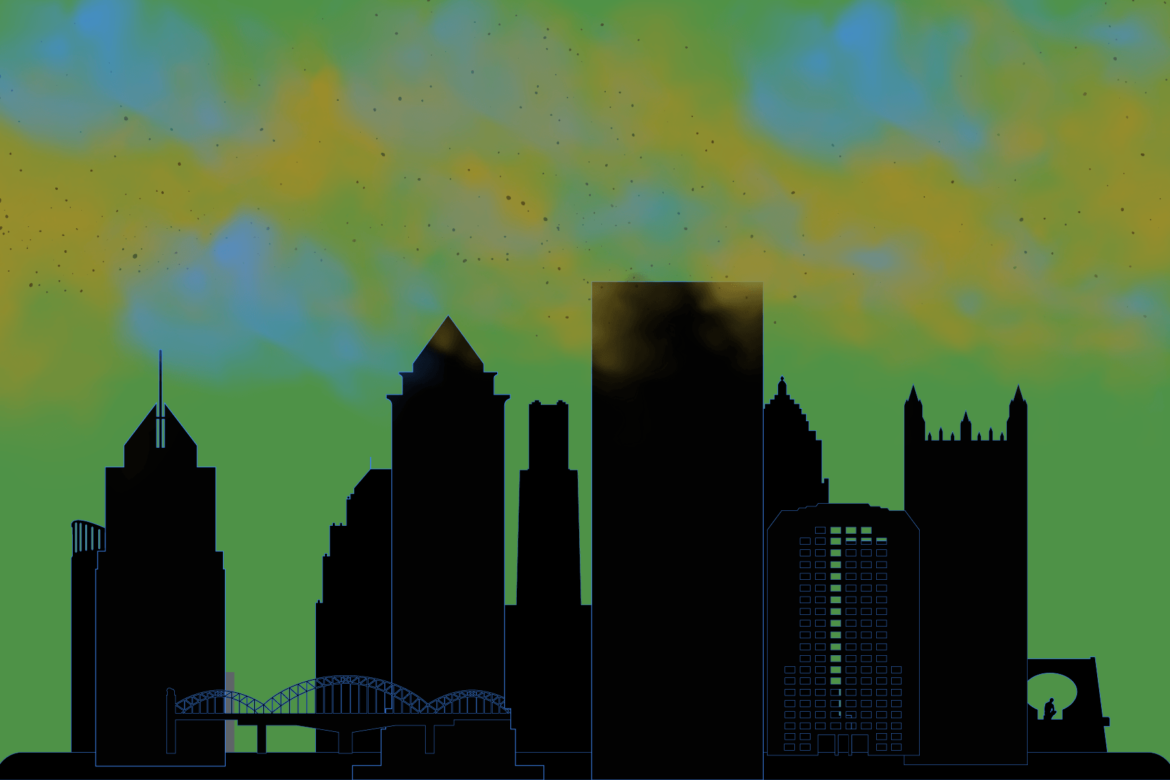 Pittsburgh’s biggest challenge to meeting its climate change goals is to reduce the greenhouse gas emissions from its buildings. Buildings in the city produce four times as many emissions as vehicles.

The city’s most substantial effort to do something about it was released last month: It made public the energy use of the city’s largest buildings. The hope is that transparency will encourage building owners to invest in energy efficiency and renewable energy.

To that end, we are publishing a map of where these emissions are coming from to help readers understand, across the city, neighborhood-by-neighborhood, which buildings emit how much.

The biggest source of greenhouse gases by building type are the hospitals and universities that drive the city’s economy. But collectively the city’s many office buildings emit more. And some buildings, such as parking garages, use a lot of energy per square even though they don’t use as much energy overall.

And while some of the city’s biggest institutions Downtown and in Oakland are reporting their emissions, many individual building owners across the city haven’t reported yet. Using county property records and official company websites, we were able to identify the owners of around 350 properties that did not comply with Pittsburgh’s ordinance and identified some trends.

The city’s public school system reported energy use, but the city’s charter and private schools largely didn’t. A majority of the city’s largest places of worship didn’t report their data, the exceptions being two Presbyterian churches and two synagogues. Giant Eagle and Target reported their data but Shop ‘n Save and Aldi didn’t. Most government agencies reported their data but a few, such as the Urban Redevelopment Authority and the Sports and Exhibition Authority, didn’t.

Only a few of the city’s big performing arts theaters and none of the biggest professional sports stadiums and arenas reported their data.

PublicSource reached out to more than 20 of the property owners highlighted in this story. PNC Bank, the University of Pittsburgh, The Port Authority of Allegheny County and Propel Schools responded. Spokespeople for both Verizon and Hilton Hotels said they would look into it but didn’t respond further, and BNY Mellon declined to comment. The others didn’t respond.

What the data shows

The city’s benchmarking ordinance requires owners of city buildings with at least 50,000 square feet to report their yearly energy and water use. But some buildings are much larger.

The biggest source of greenhouse gas emissions in the city, based on data available from individual buildings, come from its economic core: Hospitals and university laboratories.

Since hospitals with more than one building combined their energy use into a single number, we’ve included their data in this ranking. But since Carnegie Mellon University, Carlow University and Duquesne University didn’t provide their individual building data, we’ve taken them out of some of the comparisons with Pitt, Community College of Allegheny County and Point Park University, which did. All of the universities except Point Park and Carlow would’ve been on the list of largest emitters if you added up their emissions from each building.

The City of Pittsburgh’s 153 buildings collectively emit around 17,000 tons of greenhouse gases. This would put it 10th on the list of highest emitters, just above Scaife Hall, a single building at the University of Pittsburgh. Only four of the city’s buildings have 50,000 square feet or more of space.

But just because a building is big and emits a lot of greenhouse gases, doesn’t mean it’s inefficient. One of the most common measures of efficiency is Energy Use Intensity [EUI], which measures how much energy buildings use per square foot. Several parking garages, for instance, are among the city’s most inefficient structures.

It’s “no surprise” that Pitt’s science tower tops the list, according to Aurora Sharrard, the director of sustainability at Pitt, “as its use as primarily medical laboratories is by its very nature energy intensive.” Sharrard said it’s normal for medical labs to have an EUI between 200 and 1,200 and that it doesn’t mean the building is inefficient “but they use a lot of energy by need and design.” Like many buildings on Pitt’s campus, she said, the building “has undergone and is continuing to undergo a number of building upgrades and renovations focused on efficiency” and it’s energy use has declined by 20% since 2014.

The city’s data allows us to see what types of businesses and institutions are producing the most emissions in the city.

Not every building type has the same energy needs. Hospitals typically use more energy than office buildings, for instance, because they use life-saving machinery that uses up more energy. So we’ve also identified the least efficient buildings, broken down by building category.

Olivia Lammel, a spokesperson for PNC Bank, wrote in an email that the company has already reduced its greenhouse gas emissions by 56% since 2012 and has a target for reducing its emissions by 2035 that is even more ambitious than the city’s targets.

The city’s data largely supports Lammel’s statement. Several of PNC’s marquee office towers Downtown were among the most energy efficient in the city. Several other properties where a PNC Bank branch operates didn’t report their emissions but Lammel said she couldn't speak on behalf of the landlords who own those buildings.

The city’s data shows us where buildings are emitting the most greenhouse gases. Around 400 property owners reported the energy use of more than 550 buildings in 2017 and 2018.

Property owners in some neighborhoods did a better job of reporting their data than others.

We are publishing both the original data sent to us by the city and the analysis of that data we conducted here.

We combined the 2017 and 2018 data reported to the city. About 40% of property owners submitted their data in only one of those years and 60% submitted both years. We included the most recent information in the tables above.

Most of the properties that did not comply with the ordinance were listed in the county’s online real estate portal, and we identified some additional property owners by examining their contact data on their company websites and in local news reports. Many of the owners protect the identity of the larger company that owns a building by listing a nondescript LP or LLC company as the owner. We have also identified the common name of the building owner where we were able to find it.

Sonya Toler, a spokesperson for the local charter school network Propel Schools, wrote in an email that the network plans to report its energy usage to the city in the future. Propel has already updated the boiler and HVAC systems at its Hazelwood and North Side locations, Toler wrote.

We’re still looking to confirm the common names of the companies that own some of the buildings in the database. So if you have any information that can help us confirm who owns a building that isn’t listed in the database yet, please email oliver@publicsource.org. In some cases we may have identified the renter of a building rather than the owners: renters are supposed to pass on their emissions data to the building’s owner to be submitted to the city.

There were about 25 properties that clearly entered their data incorrectly, according to experts at the Green Building Alliance and the University of Pittsburgh who spoke to PublicSource. The amount of energy they reported using was unrealistically high. We listed any building that reported a source EUI above 1,500 as a “data entry error.”

We tried to eliminate any mistakes in the city’s database that we could identify on our own, but if you are a property owner who thinks there is a mistake, please email us and we will work to get it corrected. Or if you didn’t submit your data to the city yet but would like to be included in our database, we will include you. We were not able to identify the owner or whether a property existed at all for around 50 of the addresses listed on the city’s website.

Large residential buildings and industrial facilities are allowed to apply for an exemption and about 20 did. Some of the properties in our database listed as “did not comply” appear like they would qualify for these exemptions. But the owners of these buildings need to apply to the city for the exemption. About 20 buildings that did apply and receive exemptions are labeled “as exempt” in the database but are not included in the map.

11/15/2020: Correction: 500 Smithfield was incorrectly included in one of the charts above and was removed.

This story was fact-checked by Amanda Su and Juliette Rihl, with additional help provided by Emily Briselli and Sophie Burkholder.

Buildings that did not comply

Hospitals that did not comply: West Penn Hospital.