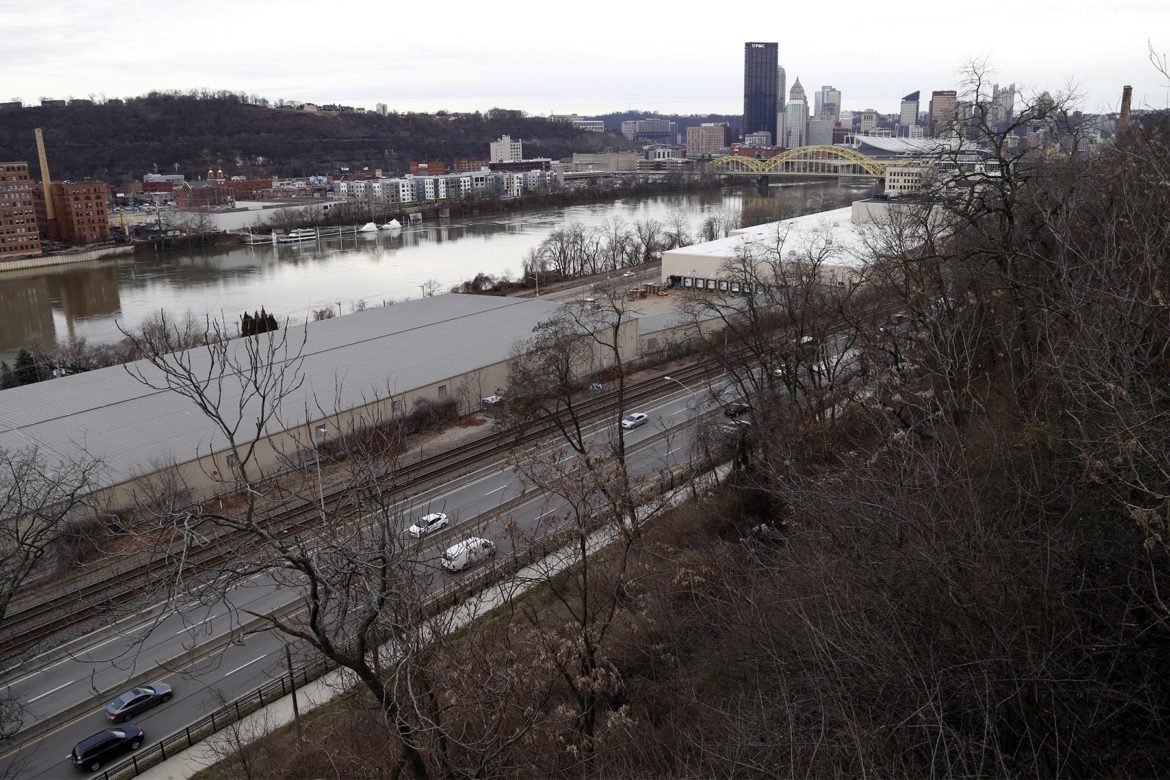 The former site of the Pittsburgh Wool Company along the Allegheny River. (Photo by Ryan Loew/PublicSource)

Editor's note: Author David S. Rotenstein is a Pittsburgh-based public historian. He has previously written a history of Pittsburgh Wool Company and teaches in the Master of Arts in Historic Preservation program at Goucher College in Maryland.

In 1999, an epic confrontation occurred on Pittsburgh’s North Shore. Mayor Tom Murphy and City Council put the full weight of Pittsburgh’s government behind the H.J. Heinz Company’s efforts to expand its shipping facilities along River Avenue.

In the end, Pittsburgh Wool agreed to relocate voluntarily, but not before council authorized the use of eminent domain to move it and its five tenants forcefully.

At the time, I saw the standoff through the lens of an industrial historian and historic preservationist. I had become friends with Pittsburgh Wool’s owners during three years of oral history work and archival research on Pittsburgh’s leather and meat industries.

But two decades later, after working with people being displaced from their homes and businesses in gentrifying neighborhoods outside of Atlanta, I see the Pittsburgh Wool case as a classic example of industrial displacement.

In 1999, Murphy’s stated goal was to keep Heinz in Pittsburgh, even if it meant the threat of seizing property from an owner who didn’t want to sell.

Facing hard economic times from the loss of the steel industry, Murphy explained in a 2019 interview that he had a broader development strategy for the city. In addition to the Heinz expansion, he hoped to draw new retail development Downtown in the ultimately unsuccessful 1990s “Marketplace at Fifth and Forbes” project that would have demolished existing businesses. He also sought to redevelop public housing into mixed-income housing in the Hill District and convert the former J&L Steel site on the South Side into the SouthSide Works shopping district.

The Heinz episode is another chapter in the city’s long history of using eminent domain — or the threat of it —  to convert properties perceived as outdated or stigmatized into shiny new developments. In the 1940s, the city seized property deemed blighted in the Golden Triangle to make way for Point State Park and Gateway Center during Mayor David Lawrence’s Renaissance. To make way for the Civic Arena in the 1950s, the city seized and cleared homes and businesses in the Lower Hill District. 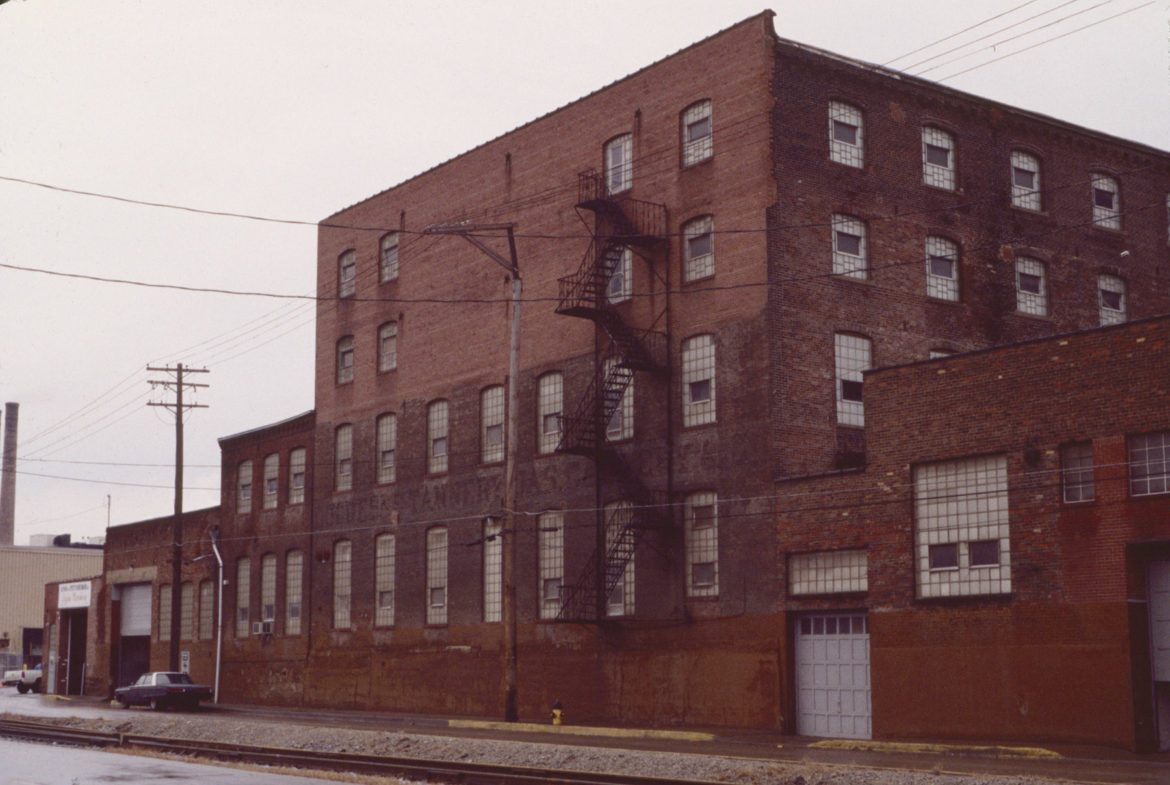 Murphy served three terms as mayor from 1994 to 2006 and touts his success at helping to remake Pittsburgh after years of declining population and investment. In my view, his initiatives to redevelop the North Shore and Downtown — both plans to replace old businesses — also played a critical role in setting the stage for more recent gentrification and displacement, including upscaling in East Liberty and Lawrenceville.

Incorporated in 1912, the Pittsburgh Wool Company processed lamb pelts and sold animal hides removed by local butchers and slaughterhouses from around the country; the wool was “pulled” from pelts and sent to the textile industry, and the skins were sent to tanneries. It was an entrepreneurial family business dating back to the 1870s, and it was the last of its kind in the United States. Founded by the Lange family, the Kumer family purchased it in the 1960s. Three generations of Kumers had worked there, beginning in 1903.

Henry J. Heinz founded Heinz in 1869 to package pickles and condiments, and the company became an international conglomerate. Its soups, ketchup and other products became beloved staples, and the Heinz family name is celebrated across the city. The Heinz family’s philanthropy is evident in the monumental Heinz History Center in the Strip District and The Heinz Endowments*.

Charles Kumer had known H.J. Heinz for many years, and the two companies were neighbors along River Avenue from 1912 to 2000. The Pittsburgh Wool building had been built in 1884 by an Irish immigrant leather tanner, and the company moved there from nearby after buying it in 1954.

“When the Heinz family ran the corporation, which was right next door to us here on the North Side, there was always a cordial relationship,” said Jeff Kumer.

In spring 1999, reports surfaced that Heinz was planning a major expansion. Kumer recalls that the company didn’t start negotiations with him and his father Roy, then in his 90s. Kumer recalls that Murphy — then considered a friend — approached him one day and said, “We want your property.”

In his 50s at the time, Kumer had spent his entire life in the business, and he rejected Murphy’s demand.

“Then [the city] took the attitude, well if you don’t move, we’re going to move you,” Kumer said. 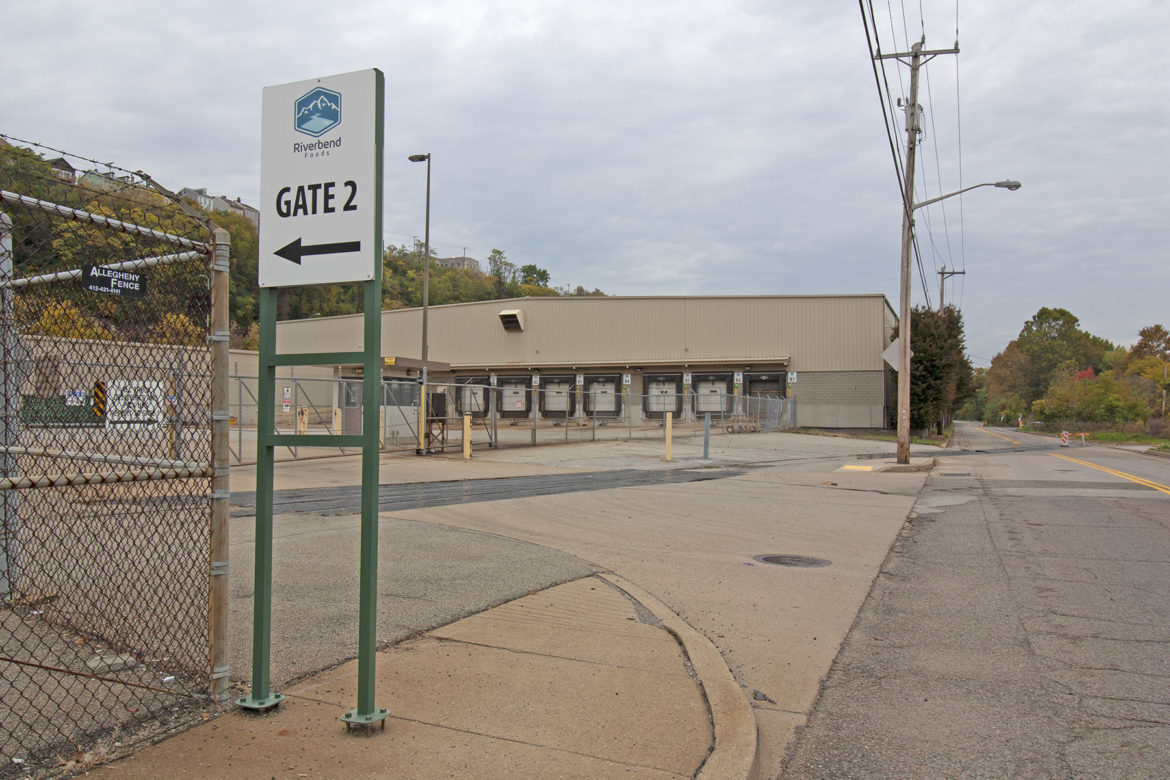 The warehouse built by the H.J. Heinz Company and later owned by Riverbend Foods at the former site of the Pittsburgh Wool Company building. (Photo by David S. Rotenstein)

When contacted in December, Kraft Heinz Senior Vice President for Corporate Affairs Michael Mullen said the company had no comment on the 1999 expansion. Kraft Foods and the H.J. Heinz Company merged in 2015.

Murphy’s approach to the Pittsburgh Wool and Heinz transaction reflects his view that running a city isn’t a popularity contest. Murphy told the Remaking Cities Congress during its 2013 meeting that leaders “paralyze themselves into doing nothing” and that a city with Pittsburgh’s economic challenges calls for “somebody to be the grownup in the room.”

In Pittsburgh, Murphy saw himself as one of the grownups.

“When I hear people talk about collaboration and the process that comes with all that, it’s important, but I often see it as an excuse for not making decisions,” Murphy told the conference. “If you’re going to change fundamentally the direction of things, there needs to be some leadership.”

The Kumers and their allies saw the potential loss of their building and business through eminent domain seizure as a big deal. Murphy didn’t. “We acquired thousands of parcels of property. We never used it. So it’s not a big issue,” Murphy told me in a 2019 interview. “The owner of the Pittsburgh Wool wanted to make it an issue.” 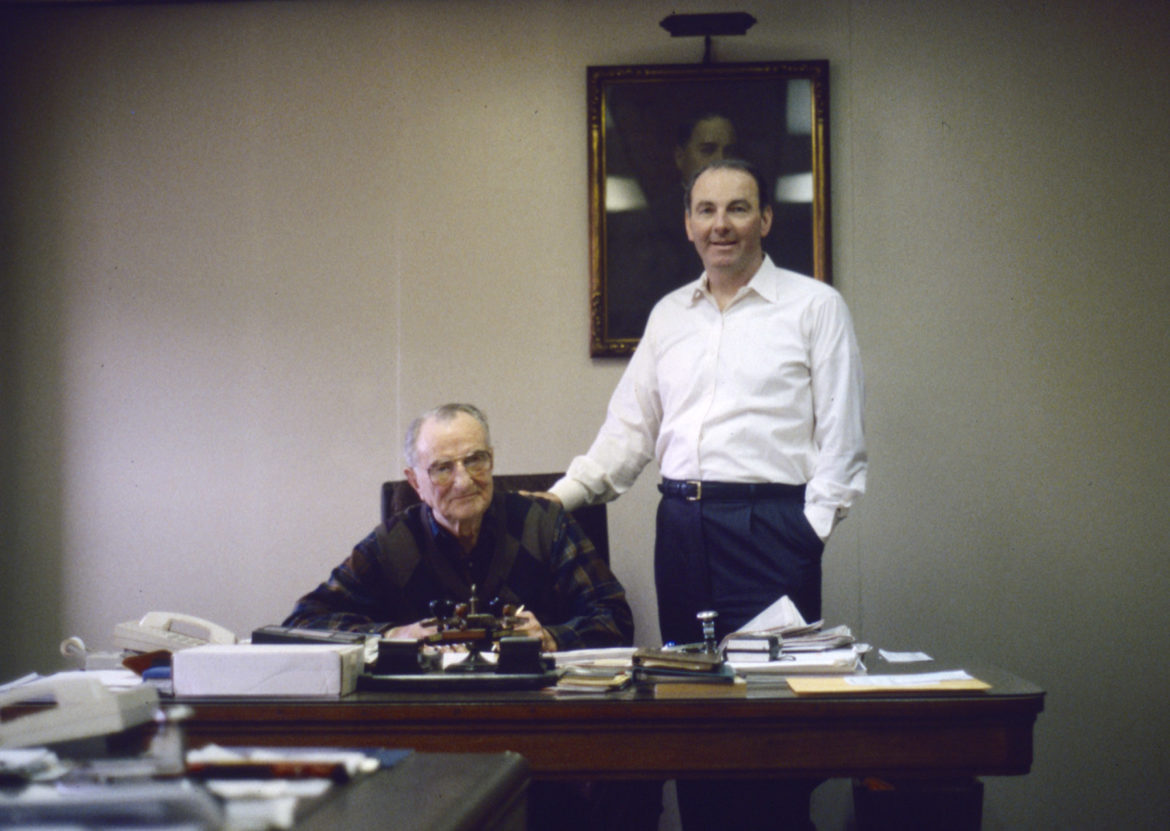 Roy Kumer (seated) and Jeff Kumer in the Pittsburgh Wool Company office in 1997. Behind them is a portrait of the company’s founder, W.P. Lange. (Photo by David S. Rotenstein)

The River Avenue corridor near the Heinz factory had long been stigmatized for its unsightly industrial buildings and the noxious odors associated with the many livestock, meat and leather industrial plants there and on neighboring Herr’s Island.

In 1980, the city declared River Avenue blighted. By the end of the decade, the city had rebranded nearby Herr’s Island as Washington’s Landing, drawing on a dubious legend that George Washington once slept on the island in the 1750s to erase nearly a century of use as one of the nation’s largest union stockyards and associated meatpacking and rendering plants. Plans were announced for new housing and development on the 42-acre island. At the time, Pittsburgh City Paper noted the lack of affordable housing in the plan.

But redeveloping Herr’s Island was easy compared to what the city faced with River Avenue: began closing in the late 1960s and by the mid-1980s, they all were gone.

To fight displacement, the Kumers were represented by the Institute for Justice, a Washington, D.C.-based nonprofit that also represented Downtown merchants fighting the proposed Marketplace at Fifth and Forbes project. The organization also represented Susette Kelo, a Connecticut resident who fought seizure through eminent domain before ultimately losing before the Supreme Court in 2005. The case, however, sparked legislative initiatives across the nation to protect private property from eminent domain abuse.

Few Pittsburghers rallied to the Kumers’ defense. The Pittsburgh History and Landmarks Foundation initially lobbied for a preservation solution, and the National Trust for Historic Preservation wrote letters in support of the Kumers. Yet, many Pittsburghers felt that the Kumers were trying to extort the city and Heinz for the best deal possible.

In summer 1999, as the pressure ramped up on the Kumers to sell, the Pittsburgh Tribune Review reported that Heinz was threatening to move its operations to Steubenville, Ohio. Negotiations among the Kumers, the city and Heinz had become tense as city council voted unanimously in July 1999 to authorize the use of eminent domain. The approach Heinz took, bypassing direct negotiations with the Kumers, soured him on the entire process.

Murphy believed that the threat of eminent domain was sufficient to achieve the city’s goals.

“Let me be clear: we never used eminent domain,” he told me. “We were able to keep 1,200 jobs in Pittsburgh and keep Heinz there until they sold their factory.”

Heinz began abandoning the site in 2001, selling part of its plant and office space to a Cleveland developer, which converted it into luxury housing with easy access to the amenities Murphy facilitated during his time in office: the Three Rivers Heritage Trail and Washington’s Landing. Heinz sold the remainder of the factory and shipping facility to Del Monte in 2002. Riverbend Foods, the latest owner, shuttered the facility in 2019, including the warehouse Heinz built on the Pittsburgh Wool site.

The Kumers hammered out a $5 million deal for their land and compensation to move five tenants from parcels adjacent to Pittsburgh Wool. They walked away from the site and their history with little more than a check. Kumer found a new Strip District site for his business and hired consultants to help relocate his tenants. The Heinz History Center got some artifacts, and the organization paid me to write a history archived at the Library of Congress.

Meanwhile, an abandoned warehouse sits on the former Pittsburgh Wool site. “Those kind of old industrial buildings that we have in this city, they were distinctive,” former city councilwoman Barbara Burns said during a wide-ranging interview on North Side history conducted in August 2019. Burns represented North Side from 2000 to 2004 and has been involved in economic and community development there since the 1970s.

She noted the Pittsburgh Wool building could have made for an interesting loft space. Though she thinks the city has overpaid for properties in some eminent domain cases, she doesn’t necessarily oppose its use. 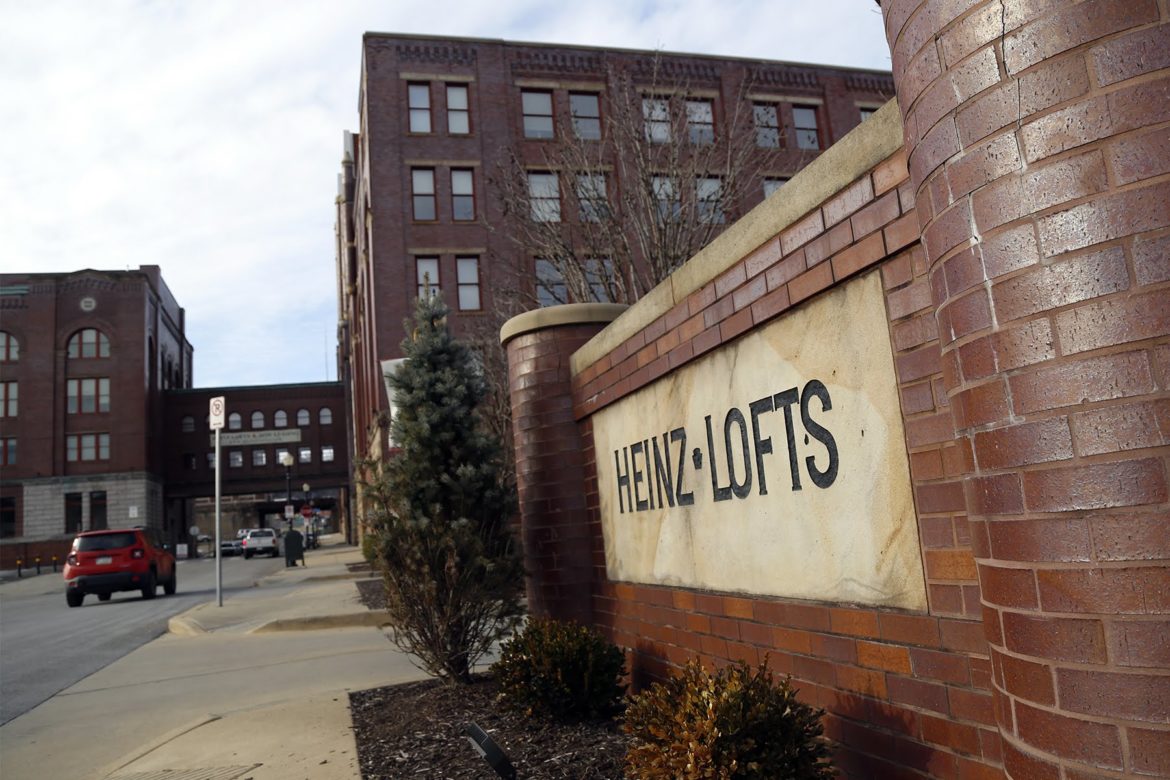 For a few years, Kumer tried to continue exporting sheepskins from the Strip District. Now, he concedes, the Pittsburgh Wool Company exists only on paper to manage his real estate investments. “It’s a corporate shell,” Kumer said. The 1999 settlement accelerated an end to his business in a market that had increasingly moved overseas.

The Pittsburgh Wool case was a small yet significant episode in understanding Pittsburgh’s transformation from a manufacturing city to a post-industrial region shaped by industrial and residential displacement.

Kumer laments that there’s no evidence along River Avenue of them ever being there. Kumer said of the building constructed in 1884 where three generations of his family worked, “It was the last piece of history.”

This story was fact-checked by Kimberly Rowen.