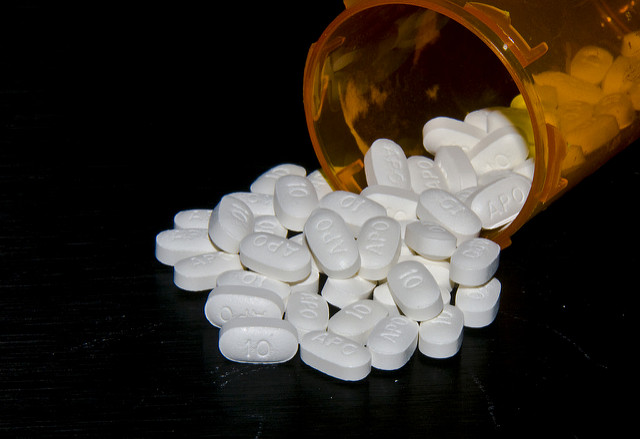 After doctors prescribe medications, roughly half of their patients will misuse them, according to new research from Quest Diagnostics, the world’s largest database of clinical lab results.

The 2016 Prescription Drug Monitoring Report includes data from a national sample of more than 3.1 million patients. Of this pool, 54 percent of patients in 2015 misused their medication.

“Misuse” traditionally signals over-using or abusing a drug, but according to the report, misuse also includes taking less of a drug than prescribed or combining them with other illicit drugs — as 45 percent of adults did last year.

When half of the population is misusing their medication, it becomes a costly affair, especially considering the prices of the drugs they’re misusing.

The Associated Press recently released data from Medicaid on its top 20 priciest drugs in 2015, ranked by their cost above its “catastrophic” coverage threshold. Catastrophic protection kicks in after a beneficiary has spent $4,850 in out-of-pocket expenses.

While there is no restriction on the price a drug company can charge for a medication, leading to $1,000 hepatitis C pills, misusing medications can also feed into this money pit.

For instance, patients positive with hepatitis C are more likely to abuse opiates, according to the report. These patients may be prescribed some of the most expensive prescription drugs on the market — like Harvoni and Sovaldi — while combining with drugs like fentanyl or heroin.

This is an expensive mistake, especially if hepatitis C patients are continuing to inject opiates after their diagnosis. Not only is it dangerous to the spread of further cases of hepatitis C, costing Medicaid even more, but it can also mean the expensive drugs they are being prescribed aren’t being used effectively.

For the first time, Quest Diagnostics included 155,646 heroin test results in its annual report, finding that about one-third of those samples tested positive for benzodiazepines, the most commonly misused prescription medication among adults 25 and older.

So, a person prescribed Xanax who is also injecting heroin is not only misusing their anti-anxiety medication, but they are putting themselves at risk for diseases like Hepatitis C, which may lead to further expensive drug misuse.

The report found that those insured under Medicaid recorded the highest inconsistency rates in taking their prescription drugs.