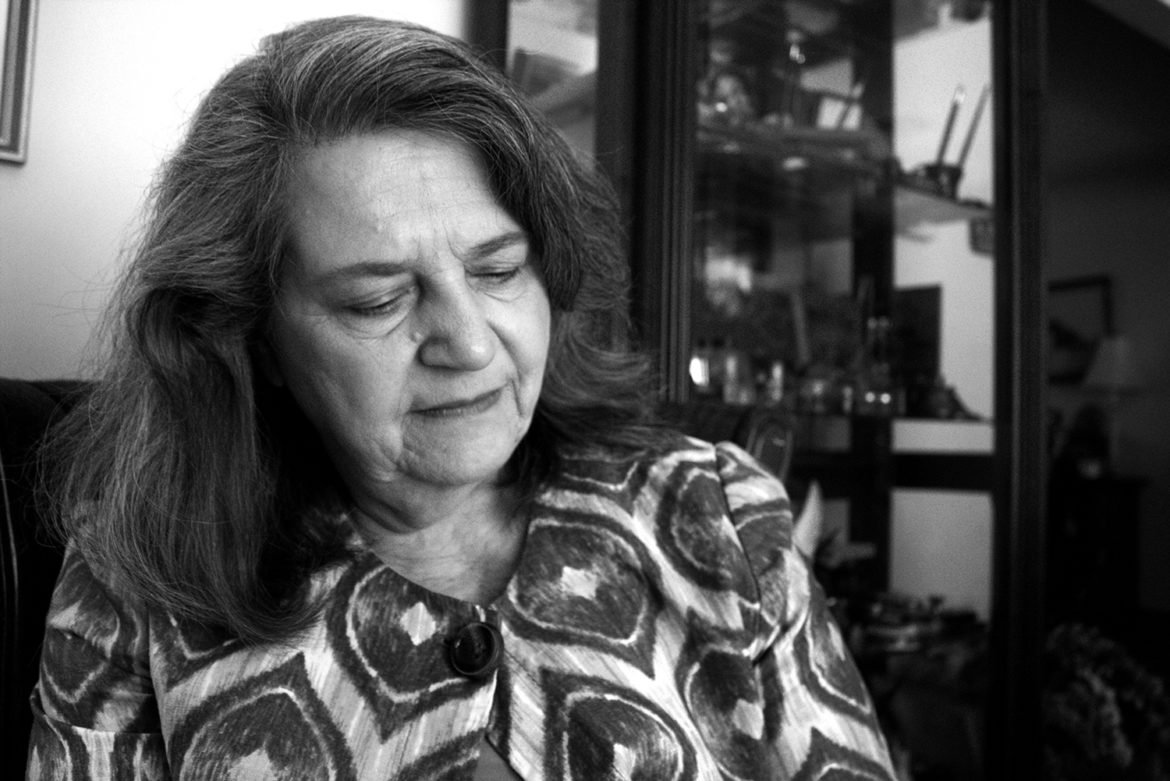 When Priscilla Sharp gave birth to her daughter, she was startled when the baby was put in her arms.

Moments after the nurse handed her the child by accident, a nun came by to carry the baby girl away.

Sharp, now a 71-year-old blogger living in State College, had chosen to put her baby up for adoption in 1964 and was not permitted to see the child. Sharp said she’s held on to the pain of that moment for 50 years.

“I had no choice. I had no home, I had no job, I had no money,” Sharp said. “They gave me drugs to dry up milk. They told me if I wanted to take her from the hospital I had to pay for the entire bill.”

When Sharp was going through the adoption process, she said protocol was to sign a few papers and move on, mainly because of a societal stigma regarding single mothers.

Although the adoption industry and societal expectations have since changed, Sharp remains one of many reformers — including adoption agencies, legal experts, adoptive parents and politicians — in Pennsylvania who think the process needs an update.

The latter is fighting a bill making its way through the state Legislature that could change the amount of time birth mothers have to revoke adoption consent.

Last fall, several proposed bills regarding adoption reform were introduced to the Pennsylvania House of Representatives.

One piece of legislation would eliminate the required consent hearing for birth parents; another aims to change the rights of birth fathers; and the package also includes a controversial measure that would shorten the amount of time birth mothers have to change their minds about adoption.

House Bill 1526 — part of a package of reform bills referred to a Senate committee on June 23  — was originally intended to reduce the amount of time a birth mother has to reclaim her baby from 30 days to five days.

But after an amendment added in the House Child and Youth Committee, the proposed revocation period is now 14 days.

State Rep. Scott Petri, R-Bucks, has been supporting the bill for eight years.

“[The] impetus was really that we knew, that I knew, the adoption law was antiquated,” Petri said. “Pennsylvania parents are leaving to go to other states (to adopt).”

Most states say consent is irrevocable unless the parent can prove fraud or duress. Waiting periods vary in states where consent can be revoked for other reasons.

Petri said he’s spoken to families who have tried to adopt — some of them multiple times — only to be disappointed at the last minute.

“I had a neighbor call and say, ‘Scott, we tried twice. We had to go to Oklahoma,’” Petri said. In Oklahoma, consent is irrevocable unless under certain extenuating circumstances.

But Amanda Transue-Woolston, a social worker and founder of Pennsylvania Adoptee Rights, who has vehemently testified against this bill, said she’s more concerned with the child and the birth family than she is with adoptive parents.

“[Adoption is] not a service to find children for parents … it is about children.” Transue-Woolston said. “We should only be using adoption when a child actually does need a home.”

Transue-Woolston, who is an adoptee herself, acknowledged that sometimes adoption is the right choice for parents who are unable to properly raise a child at that time, but said mothers need to give birth before they can make that decision.

“The moment [my son] was placed into my arms was the first and only time I realized I would die for this person,” Transue-Woolston said. “I did not have that feeling until he entered my arms. You can’t make a parenting decision until you are a parent.”

The solution, Transue-Woolston said, is to only allow parents to sign relinquishment documents at least a week after they give birth, rather than moments after.

She, along with other adoption reformers, hope the extra time would force the system to pay more attention to birth mothers who are often forgotten in the process.

Connie Bach, director of adoption at the Children’s Home of Pittsburgh, said that when it comes to the revocation period for mothers, she’s stuck somewhere between the two sides.

The Children’s Home offers a birth parent support group led by social workers and the option for children to go into foster care until the birth parents decide what’s right.

“Hormones can really take a toll on birth parents,” Bach said. “I think that particular law [HB1526] doesn’t take into account birth parents who can’t make a decision right away.”

Transue-Woolston was not cautious about using the word “regret” to describe a mother who has been swept through the adoption process.

“Legislation like this where they’re using time, they’re narrowing time frames, [and saying] you’ve got to make a decision now,” Transue-Woolston said, “it’s out of line.”

“The right decision all over”

To make the process easier on birth mothers, Carole McMahon tells mothers right away that they will regret their decision at first.

“It’s not only an emotional decision; it’s the right decision all over,” said McMahon, executive director for the adoption agency Genesis of Pittsburgh. “Telling her beforehand is important because I don’t want [her] to think, ‘You just want to change my mind.’”

In 2015, the court saw 70 consent cases and 53 involuntary terminations of parental rights. That year 130 people were adopted, 124 of whom were children.*

*The court does not see every adoption case in Pennsylvania.

When the mother inevitably questions her own decision, McMahon sits down with her again, asking if anything has changed since their initial choice.

Most of the time, McMahon said, 96 hours is enough time “to let the dust settle.” That time period where the adoption hangs in limbo is hard for both the adoptive and birth parents, she said.

When a birth mother does decide to keep the child — which McMahon said is a rare occurrence — Genesis also provides the family with supplies they may not have on hand, such as a car seat, baby clothes and a crib.

Genesis will keep a baby in foster care for up to 30 days if the mother wants to take time to decide.

Frank Cervone, the executive director of the Support Center for Child Advocates in Philadelphia, used to disagree with McMahon. He said he previously supported the state’s extended time period because he was concerned about fraud.

“Bad actors get inside the head of the mom and convince her to give the child up for adoption...that’s the scenario I was concerned about,” Cervone said. “But over the course of the last 15 years...I haven’t seen much occasion for fraud.”

Cervone testified while the bill was in the House, admitting that he’d changed his mind.

After speaking with adoption practitioners and dealing with experts in the field, he said he thinks the lengthy period is destabilizing for the child.

“The revocation period seems superfluous and confusing,” Cervone said. The best-case scenario for a child is involves the least amount of “flip-flopping” between homes, he added.

On the other hand, Claudia Corrigan D’Arcy, an adoption reformist and blogger from New York, said she blames the system for taking advantage of birth mothers who don’t always have the resources and guidance to learn more about adoption — and its consequences — before giving consent.

D’Arcy, whose son was adopted, calls it the “12-year shift,” when a birth mother realizes her baby’s childhood is ending and she begins to question her decision.

“Even for a mother who had a really positive experience and thought everything was a good choice, around 15 [years later] we go, ‘I don’t know if that was really worth it. I think I could have done it myself,’” D’Arcy said.

Just 96 hours after childbirth to make a decision with effects that will linger forever, she said, is not enough time.

“When we have a mom that has signed [consent] in Pennsylvania and is beginning to question whether it’s a good idea, we have those 30 days,” D’Arcy said. “That is a lifeline for a mom.”

Elizabeth Lepro is a former PublicSource intern who is now interning at the San Antonio Express-News. She can be reached at liz.lepro@gmail.com and on Twitter @LeproLiz.

Lauren Rosenblatt is a former PublicSource intern who is now interning at the Pittsburgh Post-Gazette. She can be reached at lhrosenblatt@gmail.com and on Twitter @LRosenblatt_.