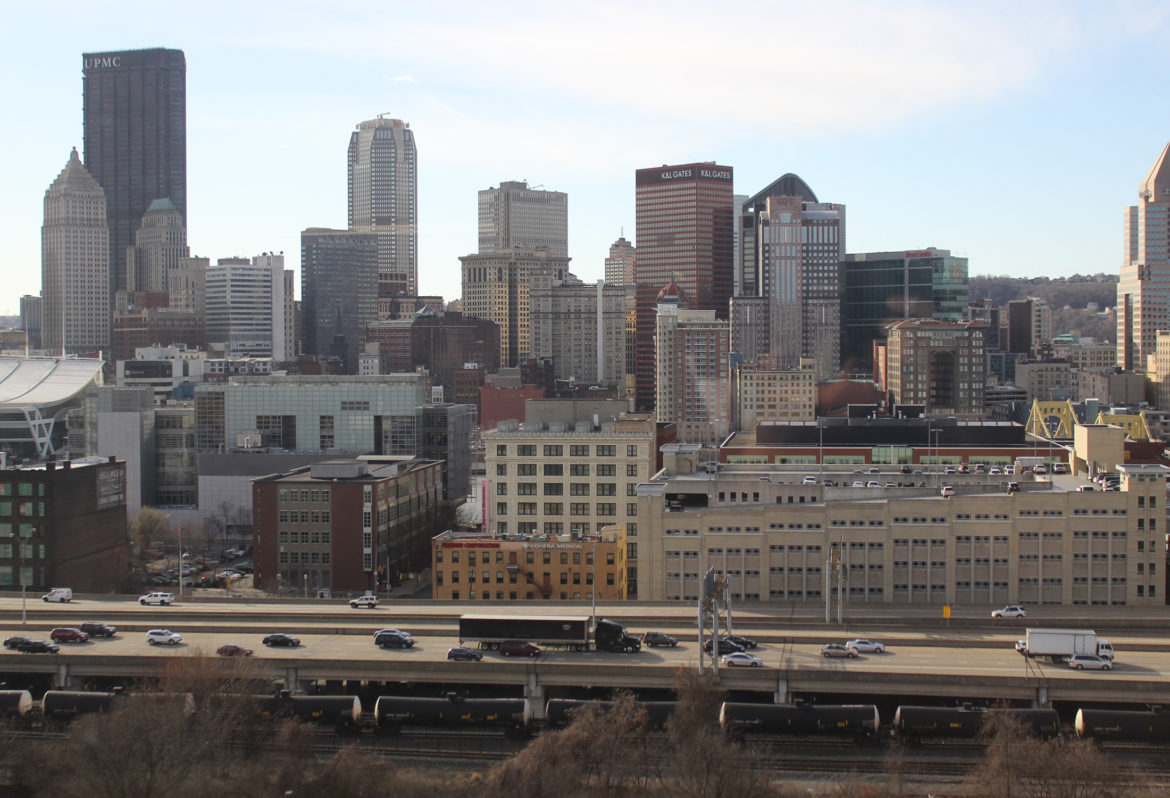 (Photo courtesy of the Allegheny Conference on Community Development)

The entrance to the Fort Pitt Tunnel can be optimized. Traffic through Squirrel Hill Tunnel, the bane of Pittsburghers’ existence, can be improved. Parking — ugh… yeah, that too.

With so many issues to fix, do we know the scope of challenges facing regional transportation and is there any hope? The Regional Transportation Alliance of Southwestern Pennsylvania says yes. But it’s going to take a lot of work. Imagine: Adaptive traffic lights. New lanes. Self-driving shuttles from Oakland to Almono in Hazelwood. Dreams, you say?  It’s not really as abstract as you might think.

The Regional Transportation Alliance of Southwestern Pennsylvania [RTA] on Wednesday unveiled its “vision for a better transportation future” in a report titled Imagine Transportation 2.0. The report, compiled over 18 months, is based on feedback from organizations in the 10 counties surrounding the city of Pittsburgh, such as environmental groups, trade schools and libraries. The report includes a list of 50 ideas.

"What they told us was they wanted connections,” Steve Craig, a Lawrence County commissioner and RTA co-chair, told attendees of the “Better Mobility for All” event at the North Side’s Nova Place. “They wanted to be able to get to where they get, and they wanted it to be able to run efficiently and effectively, and they weren't too concerned about how they got there, but they wanted to get there.” Mayor Bill Peduto speaks at a Wednesday event on the future of transportation in Pittsburgh. (Photo courtesy of the Allegheny Conference on Community Development)

There are some transportation guidelines that the RTA is dedicated to adhering to as its plans continue to evolve. It wants to prioritize jobs and education, for example, and support “multiple mobility options,” like integrating the traditional road systems with car sharing and bike and pedestrian connection.

Updating roads like routes 228, 422 and 21 as well as improving the entrances to the Fort Pitt and Squirrel Hill tunnels are among the 50 ideas. The RTA will also look into such investments as bringing items like groceries to would-be travelers and adapting parking garages, so they could potentially be repurposed into office or living space if they’re no longer needed in the future.

The result, ideally, would be a more equitable, accessible city — and the RTA wants as many of the region’s residents as possible involved as it continues to hash out exactly how transportation will get better over the next 30 to 40 years.

Improved transportation will help to attract people — particularly young professionals — to the area, but connecting surrounding areas like Beaver, Westmoreland, Fayette and Armstrong counties to the city is also a priority.

"One of the things I think they're recognizing is to be attractive to new residents, they can offer the combination of living in a rural, small-town, classic community, but having access to the jobs, the educational opportunities in a big city like the city of Pittsburgh,” said Ken Zapinski, senior vice president of the Allegheny Conference on Community Development.

Moving forward, the city and the counties that make up the Southwestern Pennsylvania region will adhere to seven guiding tenets in determining how to help the region’s 2.5 million people benefit from improved transportation. These include harnessing the strengths the city already has (like its light rail system, the T)  and making sure investments will be viable as technology changes in the future.

“We're going to roll up our sleeves like they did 50 years ago and we're going to tackle a big issue: our transportation system for our future."

By creating an environment in which people do not have to rely on cars, Pittsburgh will not only grow its economy by attracting a strong workforce, the city can also help people to lift themselves out of poverty, said program attendee Chris Sandvig, director of policy at the Pittsburgh Community Reinvestment Group.

It’s more important than housing, education, health care and jobs, he said, because it’s “the glue that connects all of those together.”