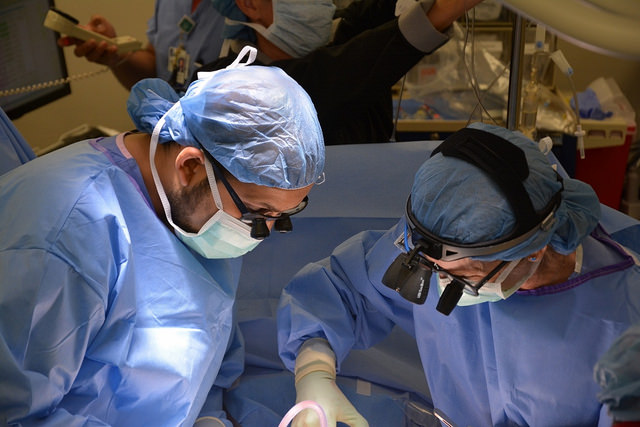 Although a person cannot directly buy an organ, a new study shows that wealthier people still have an advantage when it comes to life-saving transplants.

According to NBC News, the study found that more affluent people are able to get on more waiting lists, increasing their chances of becoming a recipient.

People with more money have more opportunities to travel and can afford more costly tests, which leads to their names being put on multiple transplant center lists.

This concept contradicts what the transplant system intends to do — get healthy organs to those who are sickest and who have waited the longest.

The results of the study, led by Dr. Raymond Givens at the Columbia University Medical Center in New York, were released at an American Heart Association conference in Orlando.

According to NBC News:

The United Network for Organ Sharing, or UNOS, the agency that runs the nation's transplant system under a government contract, assigns organs based on a formula that considers medical urgency, tissue type, distance from the donor, time spent on the waiting list and other factors.

UNOS has tried several times to ban patients from having their names on multiple lists, but ultimately decided that they should be free to improve their odds. UNOS now requires transplant centers to inform patients of this option.

But multiple lists means more testing, and estimates put the cost between a $23,000 for a kidney test and $51,000 for a heart test.

From the NBC News report:

Givens and colleagues studied UNOS records from 2000 to 2013 and found that multiple-listed patients had higher transplant rates, lower death rates while waiting, were wealthier and were more likely to have private insurance.

More than 122,000 people across the U.S. are waitlisted for organs; only 18,000 transplants have occurred as of July, according to the article.

As demand for organs continue to grow and the transplant system struggles to supply, patients in Pennsylvania are turning to social media, television and other means to emphasize and call attention to themselves.

The parents of 2-year-old Lucas Goeller of Indiana Township in Allegheny County made his condition public by capturing his story on billboards and Facebook in the hopes that a family would donate a child’s liver. This urged a couple from Nebraska to donate their daughter’s liver; the girl had died from a brain tumor. The boy is recovering, and his parents still post to the Facebook page.