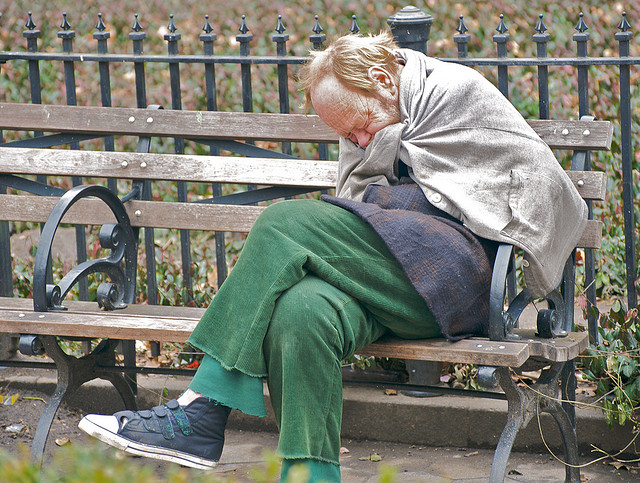 Ten years ago, Utah implemented a program with a simple approach to ending chronic homelessness: Give homes to the homeless.

The presence of chronically homeless people in the state has reportedly dropped by about 75 percent in the past decade, to fewer than 300 people. And the costs of providing services to this unstable group have been cut in half or more in some areas, according to a story by PolicyMic.

Utah focused its Housing First program on the chronically homeless population, which it defined as people who have not had a home in the past year or have become homeless more than four times in three years, according to the story.

The chronically homeless usually have deeper problems – mental health issues, addictions and other challenges that prevent them from getting stable jobs and housing. That means they often end up shuffled between state-funded programs for years, wasting precious state resources in the process.

In Salt Lake City for example, the traditional homeless services cost about $20,000 annually; under the Housing First program, the tab comes to about $8,000.

Now, instead of piling on state-run service after service – hospital visits, prison, drug treatments, shelter stays – the state just gives homeless people homes. The idea is that having a house makes everything else much easier.

"Getting people off the streets and get them into housing just works," said Steve Berg, the vice president for programs and policy at the National Alliance to End Homelessness, in an interview with Mic. "Homelessness itself turns out to be a big barrier to all kinds of things, whether it is trying to get a job or trying to get an education or [trying to] stop a drug addiction."

Other cities have tried the policy, but Utah appears to be the largest area that has committed to the program.

According to the story, trial housing-first programs saved significant amounts of money and reduced strain on the healthcare and law enforcement systems in Charlotte and Seattle.

Many more cities, however, are making policy changes that effectively make living as a homeless person a crime.

A study that's tracked homelessness policy in 187 cities since 2009 found that 34% of cities have bans on camping, 24% ban begging and 53% have banned sitting or lying down in public places. These ineffective policies also seem to be increasing: The number of cities where it's illegal to sit or lie on a sidewalk went from 70 in 2011 to 100 in 2014, according to the study.