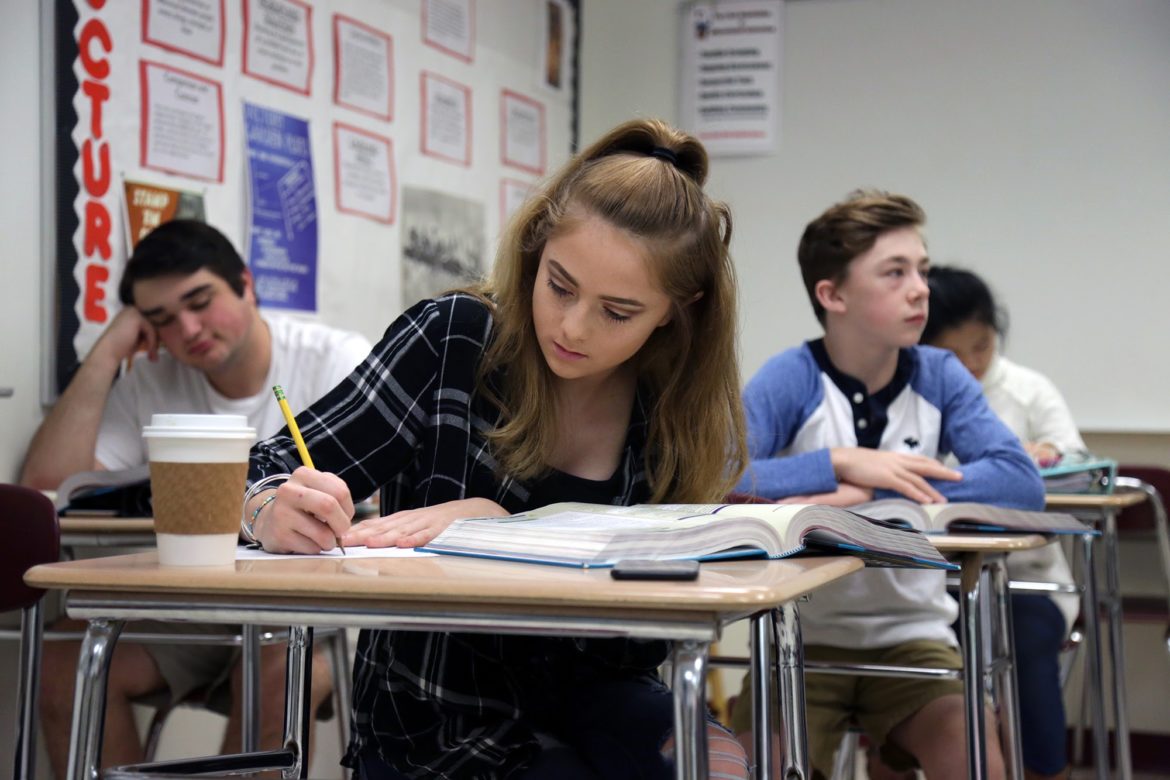 The Fox Chapel Area School District needs to replace its English Language Arts textbooks to align with Pennsylvania Core standards — a purchase that will cost the district nearly $1 million.

Superintendent Gene Freeman said he worries if a push to eliminate school property taxes proves to be successful that all large purchases, like the needed textbooks for student education, could become so challenging that students don’t get what they need in a timely fashion.

Currently, under the state’s Act 1, known as the 2006 Taxpayer Relief Act, districts are only allowed to raise property taxes to a state-set index rate based on average weekly wage increases, according to the Pennsylvania Department of Education. Each district’s market value and personal income aid ratio is also taken into account.

If districts wish to go above the rate, they can apply to the Department of Education for special exceptions that include pension, special education or construction costs, or seek voter approval for higher taxes through referendum.

Under the Property Tax Independence Act, or House Bill/Senate Bill 76, which Sen. David Argall said he plans to reintroduce to the state Senate within weeks, districts would receive the same funding through a shift in taxation that would eliminate school property taxes and increase the personal income tax rate and sales tax.

If districts need more money than they are receiving from the state, the plan would allow them to seek a referendum and have local taxpayers vote on an increase in personal income tax.

That ties the hands of school leaders, according to multiple superintendents and business managers from Western Pennsylvania. They said this legislation would mean losing local control and handing it over to the state.

“If this property tax (bill) came into effect, I’d have to go to a referendum to buy those books. What if the community didn’t want to buy the books?” Freeman said. Referendums take time to write so the public understands and then they must be filed based on the election cycle, not students’ needs. Then there’s all of the administrative work that needs to be done behind the scenes to make it happen, he said.

So what if the voters don’t want to buy things like new textbooks or vote against fixing a leaking pipe?

Since 2006, when Act 1 went into effect, 18 school districts in Pennsylvania have sought voter approval to raise taxes above the state-issued index, said Jeff Ammerman, PASBO director of member assistance. Only two have passed, he said. Both were for building projects.

Yet, David Baldinger of the Pennsylvania Taxpayer Cyber Coalition, who helped draft the legislation to eliminate property taxes, said it puts the power right where it should be: in the voter’s hands.

“The only local control this sends away is the control of nine school board members to raise taxes at will. ... There’s no loss of local control, unless you want to count the ability to tax people out of their homes,” he said. “It’s often asked, ‘Shouldn’t the voters have a say?’ They do have that. They elect nine people to the school board that align with their views. … We don’t have a referendum at the state level to make these kinds of decisions,” he said.

All of this could affect how schools operate.

School officials could have to wait months to find out if they’re going to get the green light from voters to increase personal income taxes so they can make purchases or other capital improvements, Freeman said. And what if it’s a situation they can’t control, like a special education student that requires half a million dollars in support, Freeman asked. How can he explain that to the voters, when he legally isn’t allowed to talk about the student?

The West Mifflin Area School District relies on the state for between $7 and $8 million in basic education funding a year, Superintendent Daniel Castagna said. If the legislation were to go through, the $34 million the district now receives in local taxes would be coming from the state.

School leaders across the region said they’re afraid to rely on the state for funding, citing multiple instances where they were left to fend for themselves or pick up the pieces after pension and budgetary issues at the state level.

“If you asked me right now, ‘What is your number going to be in basic funding for the 2017-18 school year?’ I can’t tell you,” Castagna said. “Now I’m going to be waiting on a much larger number to see how the state is going to a) collect it and b) distribute it. Every decision we make will be delayed because we won’t know if we have the funding to support it.” Argall and Baldinger both said districts will receive funding equal to what they are getting now from local property taxes. School officials from across Allegheny County said they worry that might not happen.

Castagna also wondered what would happen in the event of another months-long state budget stalemate similar to the one that occurred during Wolf’s first year in office. The stalemate prevented state education subsidies from being allocated to districts.

Baldinger said this is an unfounded concern, adding that the money will be kept in a separate fund that won’t be harmed by Harrisburg politics.

“They can’t mess with it. The money goes in, it comes right back out again,” he said.
But what if the economy tanks? What if people stop buying? Those concerns also linger for school leaders across the region.

From 2007 to 2009, sales tax and personal income tax revenues decreased between 6 and 9 percent due to the recession, Ammerman said. While the legislation requires that districts receive at least the same funding as they had the previous year, Baldinger admits a recession could affect the annual adjustment for inflation in a “worst-case scenario.” If the state doesn’t collect enough in sales and personal income tax to pay districts what they received the previous year, it would be required to tap into the general fund to pay the school districts, Baldinger said.

The Education Stabilization Account would operate with a “small fund balance” to prepare for these types of situations, Baldinger said. The fund balance would not be greater than 8 percent of the $14 billion collected in sales and personal income taxes, he said.

The proposal replaces a stable funding source with a much less stable one, Ammerman said.

Ultimately, if the money doesn’t come in, school officials said, it could boil down to cuts in the classroom.

The Fox Chapel Area District Forum hosted an “emergency meeting” in January, with more than 200 attendees, to discuss concerns about the planned legislation.

“Any program cuts would be a detriment to our student population,” Klamut said. This comes down to: “Would this hurt our funding? The answer is yes. Therefore, we have to oppose it.”

10 thoughts on “Under proposal to eliminate Pa. property tax, you might have to vote on new textbooks”