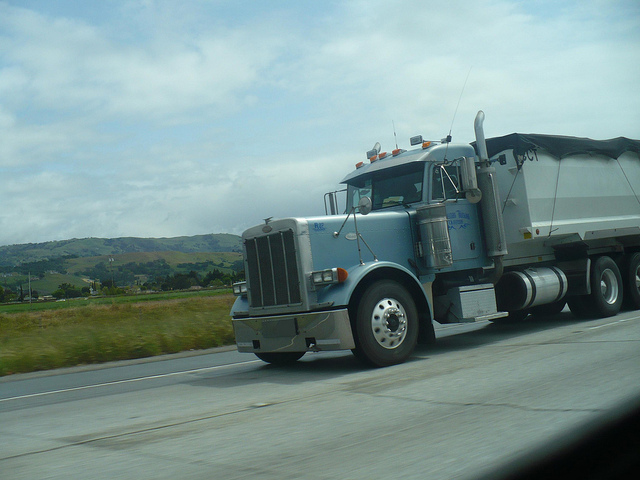 Truck drivers and truck companies disagree on whether the industry lacks truckers or wages.

An NPR article states that trucking schools are producing a wealth of drivers, but that they aren’t staying in the field for too long.

According to NPR, the American Trucking Associations are down 48,000 people, while another industry analyst says the number is closer to 100,000.

Regardless, when manpower decreases, the remaining 3 million truck drivers in the United States have to cover more hours and miles to make sure the industry doesn’t suffer.

Because of the shortage, FairWarning, a PublicSource media partner, reports that the industry is pushing to hire younger, less experienced drivers.

NPR reports the median pay for drivers is about $40,000 a year. Most drivers are paid by the mile, not the hour.

Long-haul truckers tend to make more, but they are on the road up to 14 hours a day, up to 80 hours a week, sometimes for weeks on end — working, sleeping and eating truck-stop food in a truck.

The job also keeps drivers away from their families for extended lengths of time.

One company, Werner Enterprises, is raising the wages of all drivers by $5,000 next year.

Other companies will offer larger signing bonuses and are working on getting drivers home “more regularly, and to cut aggravation on the job,” according to NPR.

That’s two people for every position.

Some of it comes from older drivers retiring, but younger drivers are turning over at similar rates.

If they have clean records, they jump from one job to another looking for better conditions or pay and can find new opportunities within hours.

Another aspect, NPR reports, is that most truckers don’t make it past their first year.

[T]he job's too hard on their families, they make mistakes, and they don't earn as much as expected.

The industry also faces new safety regulations. Various proposals seek to slow trucks down and limit the number of hours drivers can work, which would increase the demand.