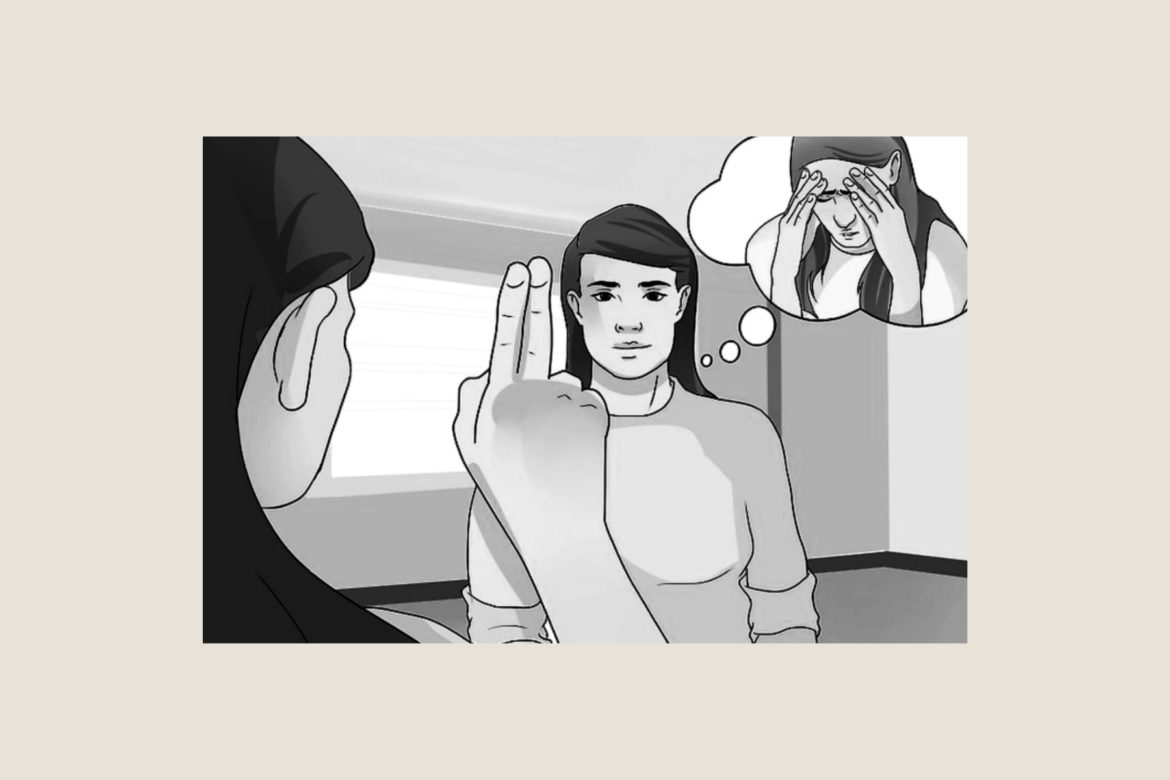 Madalyn Guthrie credits much of her recovery from a 2019 rape to — if you boil it down — quickly moving her eyes.

A therapist treated Guthrie for PTSD with Eye Movement Desensitization and Reprocessing therapy, referred to as EMDR.

EMDR is emerging as a feasible treatment for post-traumatic stress disorder, which an estimated one in 11 people in the United States face. Sexual assault, as Guthrie experienced, is one of the leading contributors to PTSD.

EMDR was trending recently when Prince Harry told Oprah that it helped him with PTSD.

“It cleans my hard drive,” he said on a new Apple TV+ series “The Me You Can’t See.”

His disclosure was timely.

The pandemic “has triggered significant emotional, physical, and economic problems around the world,” University of Oklahoma doctors wrote in the Psychiatric Times. One study found that 96% of COVID-19 patients had post-traumatic stress symptoms. Other research is showing increased rates of PTSD in healthcare workers and the general public.

Now as before COVID, it’s not easy to find a therapist to treat PTSD and other mental illnesses.

“Most providers have a waiting list right now, anywhere from weeks to months, especially outpatient.” said Stephanie Smigiel, an EMDR therapist in Green Tree. Smigiel is one of at least 68 therapists practicing EMDR in the Pittsburgh region.

Only half of adults living with a mental illness in the United States get the help they need, says the Substance Abuse and Mental Health Services Administration. In Pennsylvania, a little more than the national average of 47.6% received mental health services from 2017 to 2019.

Given the backlog of services, EMDR offers this advantage over other therapies: it could work faster.

Besides being a potentially shorter treatment, EMDR doesn’t require people to use words — and that can be helpful for people who can’t articulate what they’ve experienced. This includes people who won’t speak of their trauma for fear of retribution, those who are nonspeaking and those who have limited vocabularies. In June, Dr. Dale Adair, the Pennsylvania Health Department’s Chief Psychiatric Officer, said EMDR is showing success among people with intellectual disabilities.

“People are pretty accepting of [EMDR] in Pittsburgh,” said Smigiel. “A lot of people say that prior therapists or PCPs recommended it.”

EMDR is endorsed by the World Health Organization. The American Psychological Association says cognitive behavioral therapy is strongly recommended for PTSD, while EMDR is conditionally recommended. “The quality of studies is too low to draw definite conclusions” about whether it works, researchers in the Netherlands and Romania said last year.

But some clients swear by it, and healthcare companies are paying. Smigiel said most insurance companies will reimburse 50 minutes for talk therapy and an additional 30 minutes for EMDR, as long as the therapist is EMDR-certified. “Some insurance only allows 45-minute sessions,” she said, but session lengths can be adjusted and still be beneficial.

During the pandemic, Smigiel and others administered EMDR over live video.

“You’re not getting rid of (emotions), you’re not repressing them. You’re just putting them in check.”

She tells her clients to recall emotions associated with a trauma. Then she moves her fingers left to right and asks them to follow the movement with their eyes. She says this moves emotional memories from one part of the brain to another. Practitioners say once they’re done, the emotions aren’t stuck in what’s known as a “fight or flight” part of the brain. When the emotions are shifted to the part of the brain that manages emotional reactions, clients can think calmly and clearly and are less distressed. Besides eye movement, therapists also employ techniques like asking clients to stomp one foot at a time or cross the arms over the chest and tap their own shoulders alternately.

The session ends with a grounding technique to bring the client back to a calm state. After a few preliminary sessions, people typically only need one or two EMDR treatment sessions to feel like their trauma has been resolved.

With EMDR, Smigiel said, “You’re not getting rid of (emotions), you’re not repressing them. You’re just putting them in check.”

Prince Harry recently allowed cameras to film his EMDR session. His arms are crossed over his chest and his fingertips lightly tap the opposite shoulder. Meanwhile, his closed eyes dart back and forth.

Like many people getting therapy lately, Harry used telehealth therapy. As they worked through his traumatic memories, Harry expressed how the process helps him.

“Every time something comes up, whoosh, we’re done with that,” he said.

Smigiel said trauma can take away a person’s sense of control over their own lives. She said that EMDR can help a person regain that control.

While EMDR first emerged as a treatment for people diagnosed with PTSD, it’s also been used to treat people with panic disorders, anxiety and other diagnoses. Like other forms of therapy, EMDR practitioners don’t recommend it for everyone.

Tara Pannell, an EMDR therapist, said EMDR therapy is "counterintuitive" for people who are actively experiencing trauma. "What one needs is a loving, caring environment with people who are compassionate when delving into wounds as severe as those that cause PTSD or CPTSD," she said.

And Smigiel said that while some people opt for long-term EMDR therapy, she finds it best to transition to cognitive behavioral or humanistic therapies.

American psychologist Francine Shapiro developed EMDR. “On a walk in May 1987, (she) noticed her eyes moving rapidly from side to side, while at the same time disturbing thoughts in her head became less intrusive,” read her 2019 obituary in the Guardian.

In her lifetime, Shapiro established credentialing and a network of therapists to keep unskilled practitioners from using EMDR. She helped provide therapists to treat people after the 1995 Oklahoma City bombing.

The success stories have spread to therapists around the world, like Guthrie’s mom. She suggested her daughter try it.

Before that, Madlyn Guthrie said: “There were certain things that would trigger me because of that night where I would completely break down anytime I saw it,” Guthrie said in an interview. 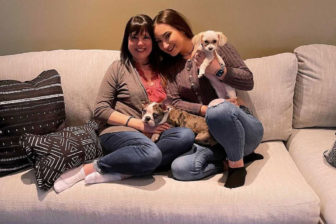 EMDR “completely got rid of those triggers,” she said. “It also helped me remember things from that night that I was blocking out because of my PTSD.”

Now that she’s turned a corner, she shares with Instagram followers her experiences to support them in finding mental health. Her bio has the suicide prevention lifeline and the words:

“Be somebody who makes everybody feel like a somebody.”

Smiegel said that often clients will thank her for bringing their sense of control back to them. She tells them: “That was your hard work. That was your brain telling you that you are capable of doing this.”

Clarification (8/18/2021): This story has been updated to add more context around therapist Tara Pannell's comments.

Claire Lindsey is a sophomore journalism major at Point Park University. As an intern for the Pittsburgh Media Partnership, Claire wrote this article for the All-Abilities Media Project at the Center for Media Innovation at Point Park. To send Claire a message, email celinds@pointpark.edu.

Jennifer Szweda Jordan is the publisher of Unabridged Press and founder of All-Abilities Media.