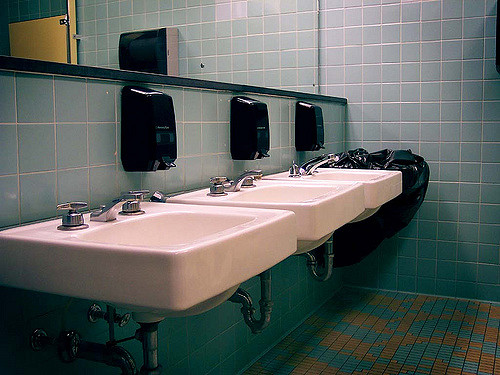 The Obama administration has weighed in on its expectations for how schools should handle transgender students’ access to bathrooms, locker rooms and school sports.

Much of the letter — which was sent to every public school district in the nation by the Department of Justice and the Department of Education — outlined what the administration believes are civil rights obligations school have to their transgender students under Title IX rules.

In order to receive federal funding under Title IX, a school must not “exclude, separate, deny benefits to, or otherwise treat differently on the basis of sex any person in its educational programs or activities unless expressly authorized to do so under Title IX or its implementing regulations”.

“This guidance further clarifies what we’ve said repeatedly – that gender identity is protected under Title IX,” said U.S. Secretary of Education John B. King Jr. “Educators want to do the right thing for students, and many have reached out to us for guidance on how to follow the law.”

“Title IX’s implementing regulations permit a school to provide sex-segregated restrooms, locker rooms, shower facilities, housing, and athletic teams, as well as single-sex classes under certain circumstances. When a school provides sex-segregated activities and facilities, transgender students must be allowed to participate in such activities and access such facilities consistent with their gender identity.”

As well, the letter outlined that transgender students must be provided access consistent with their gender identity to social fraternities and sororities, housing and overnight accommodations, yearbook photos, school dances and graduation ceremonies.

Attached to the letter was a list of “Examples of Policies and Emerging Practices for Supporting Transgender Students,” which provided measures that multiple schools have already taken to support transgender students.

However, the letter has been interpreted as a clear sign to public school officials that they will risk losing federal funding if they fail to comply with the administration’s guidelines.

In the past week, the Justice Department and North Carolina announced dueling lawsuits over the legality of the state’s controversial “bathroom bill,” which would require people to use public bathrooms according to the sex they were assigned at birth. North Carolina’s bill has been at the heart of the public debate concerning the use of public restrooms by transgender citizens.

“I don't think the president has the authority by himself to make that decision because it's not just a matter of civil rights,” said North Carolina Gov. Pat McCrory. “It's also a matter of privacy.”

The harshest criticism of the letter came from officials in Texas, where the lieutenant governor accused the Obama administration of trying to “blackmail” school districts into compliance.  Texas Gov. Greg Abbott said in a tweet, “I announced today that Texas is fighting this. Obama can’t rewrite the Civil Rights Act. He’s not a King.”

Michael Allison, president of the National Association of Secondary School Principals, told The Washington Post that the organization was satisfied that the Obama administration was “taking a stand” on the rights of transgender students.

“The principal’s most important role is to create a climate and culture in which each student feels valued,” Allison said. “There are countless reasons we could declare it impractical to address the needs of transgender students. None of those obstacles excuse us from doing the right thing.”