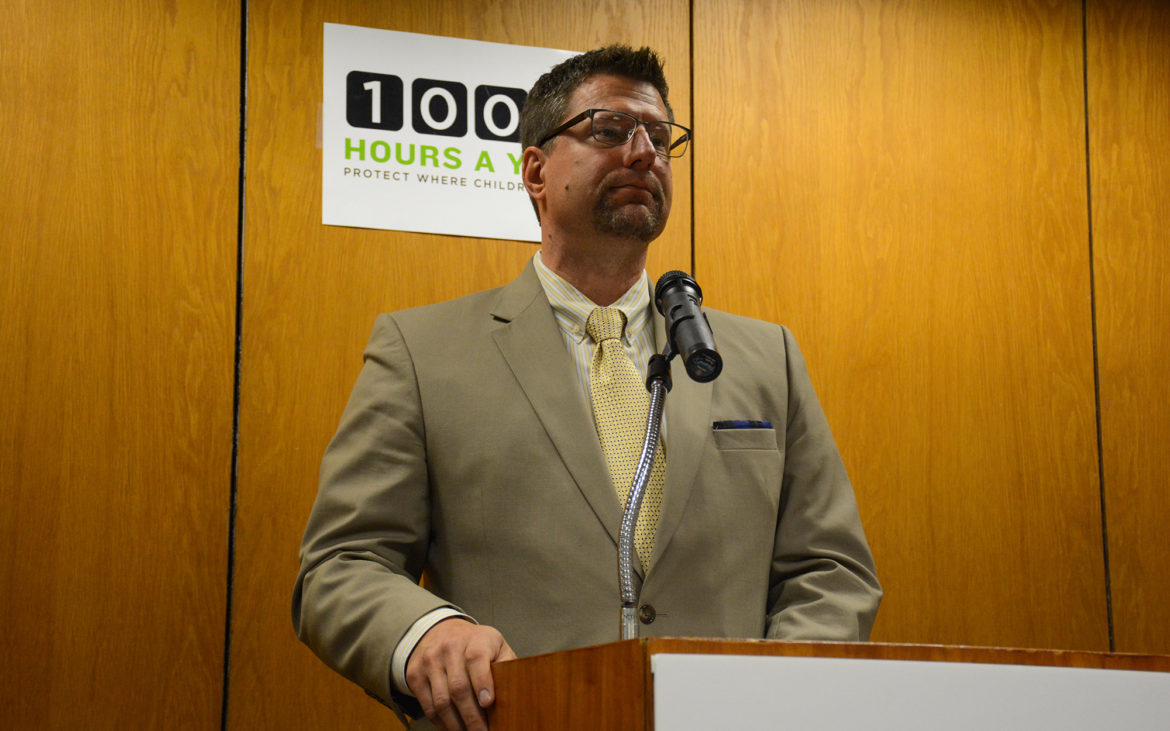 Graczyk, the superintendent of Allegheny Valley School District, had willingly tested his district’s buildings as part of a partnership with Green Building Alliance (GBA), a Western Pennsylvania-based nonprofit which advocates for environmentally friendly and safe places.

Graczyk's insomnia came from tests detecting that a few classroom sinks and some hallway water fountains had water with dangerous lead levels above the EPA’s suggested action level of 20 parts per billion for school buildings.

While Graczyk agonized over what to do, with the help from GBA, the district came up with both a plan to inform the district's residents of their lead problem and a solution. The district dismantled the poisonous water fountain and shut off the pipes to the classrooms.

Pennsylvania law does not require schools to test for lead and radon, and so, according to a recent report by PublicSource, many of the schools don’t. Both lead and radon are dangerous, especially for kids. Lead, a known neurotoxin can lead to developmental issues in children, while radon is the second leading cause of lung cancer in the United States after cigarette smoke.

“No one forced our hand to test the water quality in our school... [and] guessing was not an option.”

“No one forced our hand to test the water quality in our school,” Graczyk said at a press conference held at the YWCA in Downtown Pittsburgh Thursday. “[And] guessing was not an option.”

Graczyk’s example, helped inspire GBA and Women for a Healthy Environment, a Pittsburgh nonprofit, to announce a new program, called the 1,000 Hours a Year project, to help Pittsburgh-area schools and pre-schools find and limit lead and radon exposure in their buildings.

What happened in Allegheny Valley is what Andrew Ellsworth, the vice president of health and learning at GBA, hopes will happen hundreds of times over in Allegheny County with the help of $400,000 grant from The Heinz Endowments.*

“We need to stand with our commitment to our children,” Ellsworth said.

Looking at radon and lead specifically, Ellsworth was adamant that the risks had no place in schools because the risks were “preventable” and “solvable.”

The 1,000 Hours a Year campaign — named after the 1,000 hours kids spend on average in school and child care places every year — sets a goal to both test for lead and radon and then remove their source by distributing up to $7,500 to qualified applicants. The 1,000 Hours a Year project aims to distribute $400,000 in grants to early childhood education organizations, after-school programs and school districts in Allegheny County to test their buildings for lead and radon. The project is a partnership between two Western Pennsylvania nonprofits: Women for a Healthy Environment and the Green Building Alliance. (Photo by Stephen Caruso/PublicSource)

Schools or concerned parents can find more information on the grants through the campaign’s website at 1000hoursayear.org. Speaking at the event, WHE’s executive director Michelle Naccarati-Chapkis said she expects grants to be available approximately one month after application.

Judging by the age of schools in Allegheny County and the geology of Pennsylvania, the incidence of both lead and radon levels could be high in the region. According to state statistics, an estimated 40 percent of Pennsylvania’s homes have radon exposure above the EPA’s recommended limit of 4 picocuries per liter. In Allegheny County, 43 percent of tested homes were above the limit.

As for lead, while lead paint was banned 39 years ago, and lead solder in pipes was banned 31 years ago, the nation’s schools buildings are on average 44 years old, according to statistic cited by Naccarati-Chapkis.

The funds will also be aimed specifically at low-income and underserved communities. Ellsworth said the program will evaluate that by looking at free school lunch and Women, Infants and Children nutrition program participation rates at applying schools.

Referring to his experience in Allegheny Valley, Graczyk was originally fearful of parents’ reactions to the findings. But, with WHE and GBA’s help, the district informed the community of both the results and the district's actions to fix the toxic faucets. In response to the transparency, the district's families were supportive.

“Parents just want to know that their kids are safe,” Graczyk said.

Defeating that cycle of fear — from either a district nervous of upset parents or parents fearful for their children's well-being — is what Ellsworth sees as the real goal of the whole program.