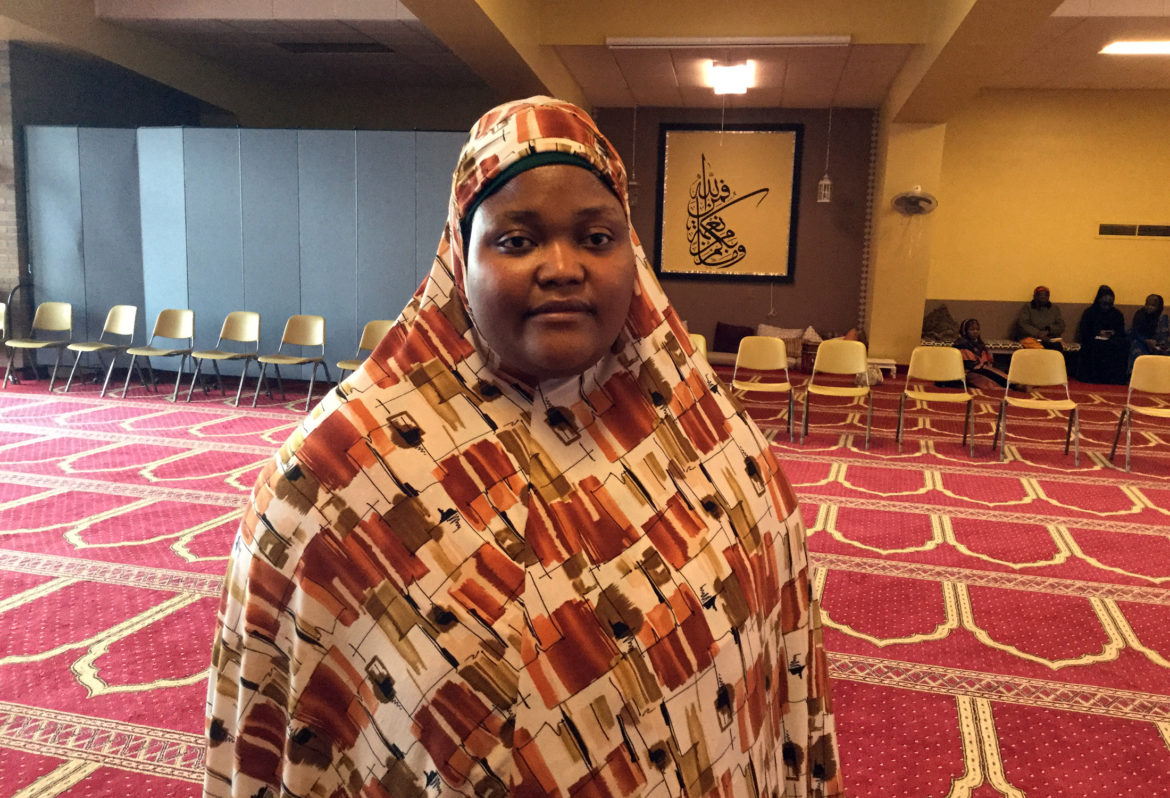 “Harassment is anywhere we are, either at school, at our job or at your community. Once they know you are Somali Bantu, it happens,” said Fatuma Muya, who has eight children and lives alongside other Somali Bantu families in Northview Heights. (Photo by Mary Niederberger/PublicSource)

Update: On Friday evening (Feb.24, 2017) Ramadhan Mohamed, the Somali cab driver who had been found beaten Tuesday in Beltzhoover passed away, a statement from Wasiullah Mohamed of Islamic Center of Pittsburgh said.

Shortly before Mohamed's death, the Pittsburgh police said that they arrested and charged two men in connection with the attack. King Edwards and Hosea Moore, both 20, from Beltzhoover, "called the cab with the intent of robbing the driver," the press release from the police said. They were charged with criminal attempt homicide, robbery, and conspiracy for robbery. Police said that "there is no evidence that robbery or beating of the driver were motivated by the driver's nationality."

Omar, a Somali Bantu man, is witnessing too many parallels with his native country on the eastern tip of Africa and his new home of Pittsburgh recently.

It's distressing, particularly because he and his community fled Somalia and refugee camps to escape violence and oppression.

“Once again, one of our family members is dying and this time it is happening in America, not in Somalia,” Omar announced to community members and media in the Islamic Center of Pittsburgh on Thursday.

Omar, who chose not to give his full name for safety reasons, was detailing the brutal attack of a Somali Bantu man in Beltzhoover early Tuesday morning. The victim died Friday evening leaving behind behind his pregnant wife and a two-year-old son.

Before the victim passed away, the Pittsburgh Police Bureau arrested and charged two men in connection with the attack Friday. The press release from the police said that their charges included criminal attempt homicide, robbery and conspiracy for robbery. Police said that there was no evidence the incident was a hate crime.

But members of the Somali Bantu community, along with Wasiullah Mohamed, director of the Islamic Center, believe the beating is an escalation of the harassment, bullying and violence community members have faced in Pittsburgh since the election of President Donald Trump.

They described Bantu children being bullied in school and on school buses, women being harassed and spat upon while waiting at bus stops or shopping at grocery stores, and other community members being harassed at their jobs.

“Harassment is anywhere we are, either at school, at our job or at your community. Once they know you are Somali Bantu, it happens,” said Fatuma Muya, who has eight children and lives alongside other Somali Bantu families in Northview Heights.

Mohamed said the Somali Bantu refugees, who are black and Muslim, are a target of harassment both locally and nationally. Somalia is also one of the countries included in Trump’s proposed travel ban, which the courts suspended.

“It is following the trend around the country and the growing bigotry and hatred post-election,” Mohamed said. “The first thing on everybody’s mind was that’s why [the beating] happened.” Wasiullah Mohamed, director of the Islamic Center of Pittsburgh, said on Thursday that he believes Tuesday's attack in Beltzhoover is an escalation of the harassment, bullying and violence community members have faced in Pittsburgh since the election of President Donald Trump. (Photo by Mary Niederberger/PublicSource)

Fears among the Somali Bantu community, whose members were already worried about sending their children to school and using public transportation, are elevated in the wake of the attack.

“Now our kids are being bullied at school. Our sisters are being harassed every day for their religion and for what they are wearing. Our families have been attacked. We fear for our lives,” Omar said.

Pittsburgh Police Chief of Investigations Lavonnie Bickerstaff said police from Zone 3 were called in the early morning hours of Tuesday to the 400 block of Climax Street, where they found the victim lying face down, unresponsive but breathing, behind an abandoned property.

She declined to identify the victim, other than that he was driving a zTrip cab. She said the cab had been called to the location where the attack occurred. Bickerstaff asked the public to call police at 412-323-7161 with any information about the incident. Police believe the attack took place between 2 a.m. and 5 a.m.

The cab the victim was driving was found a day later several blocks away.

Police are looking at this as a robbery that escalated, Bickerstaff said. However, details have been shared with the FBI because of the concerns of the Somali Bantu community.

Bickerstaff said the police “are committed to the safety of the Somali Bantu community,” but stressed there is no evidence at this time that the incident was a hate crime. Because of the victim’s condition, police have not been able to interview him.

Omar urged the police to find those responsible for the Beltzhoover attack.

”We want to be treated like everybody else. It’s our right as Americans to be be safe.”

“We are not asking for special treatment,” Omar said. "We want to be treated like everybody else. It’s our right as Americans to be be safe.”

There are about 550 Somali Bantu families living in the Pittsburgh area, according to Abdulkadir Chirambo, a leader of the United Somali Bantu of Greater Pittsburgh. The families are largely concentrated in Northview Heights and Mt. Oliver.

Chirambo said he has heard of harassment of Somali Bantu students at Brashear High School and nearby Beechwood Elementary School.

Muya said the incidents often go unreported because the students’ parents can’t speak English. “I always go and help when I have the time. I always try my best to go everywhere there is a problem to help them out,” she said.

Mohamed said the leadership of the Somali community will ask for a meeting with Pittsburgh Public Schools to prevent further harassment of students.

“Whatever it takes, community education, more supervision. We’ll decide that in the upcoming weeks,” Mohamed said.

Ebony Pugh, spokeswoman for the Pittsburgh Public Schools, said Brashear administrators have not received reports of harassment of Somali Bantu students, though earlier this year there were incidents involving Syrian students, which were addressed by school officials.

“When the school was made aware of the incident, it took action. So we are willing to take the steps to ensure that all students stay safe and welcome in school. That’s why it’s really important for us to know,” Pugh said.

She encouraged parents to report incidents to school leaders.

Zohra Lasania, spokeswoman for the Council on American-Islamic Relations, said it may be difficult for schools to manage bullying based on religious and ethnic differences because children are expressing bigotry they are learning at home. Zohra Lasania, spokeswoman for the Council on American-Islamic Relations, speaks at Thursday morning's press conference about the Tuesday attack and other problems faced by the Somali Bantu community. (Photo by Mary Niederberger/PublicSource)

Adults, she said, may be more emboldened to express bigotry given the election of Donald Trump and it is then carried into the classroom. “How do you make America great again with this kind of division?”

The video was recorded by reporter Mary Niederberger and produced by interactives and design editor Natasha Khan.