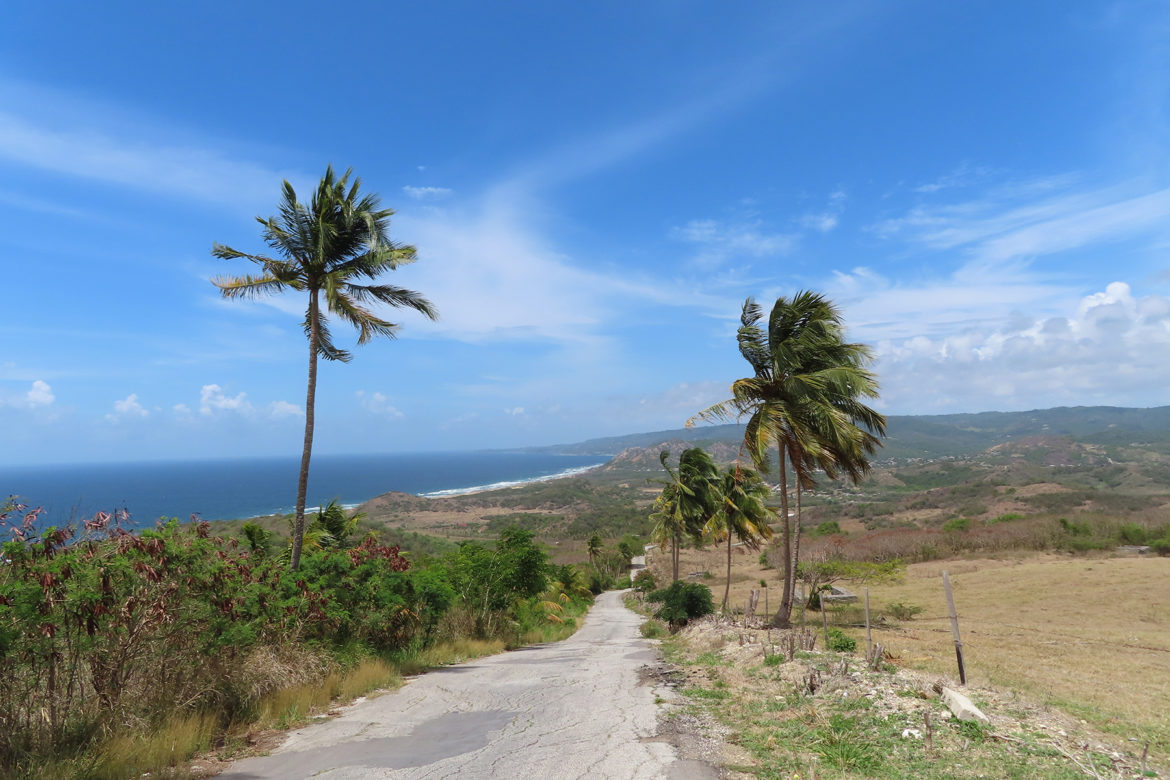 For more than a year and a half, roughly 65 Black Pittsburghers have been coming together at events across the city to pursue three primary goals.

No. 1: Challenge the perception that Black people don't care about or interact with the environment.

No. 2: Build a healthy culture for Black residents who need and want to be more active in environmental efforts.

No. 3: Find the messages and language that activates and connects people to the work of the group.

As the world comes to terms with the climate crisis, the work of Pittsburgh's Black Environmental Collective [BEC] comes at a vital time.

In June, 12 members and allies of the BEC traveled to Barbados to observe a culture where Black residents have a deep connection to the natural environment.

Environmentalism is crucial to the island nation’s survival. Rising sea level, combined with periods of drought and shores infested with red tide, forced the government to adjust its recent spending to support the preservation of main industries: tourism, service and agriculture.

As an early adopter of the United Nations Sustainable Development Goals, which focus on addressing inequality and environmental harm, Barbados is a majority-Black nation taking proactive steps in environmentalism.

On the eight-day trip, BEC members hoped to enhance the conversation around environmentalism in Pittsburgh by looking at the pillars that support Barbadian environmentalism, including access to fresh food, autonomy to make decisions regarding their environment and a history of reparations that gave Barbadians the opportunity to own land and pass it down over generations. The collective’s members examined key differences between environmental culture in Barbados and Pittsburgh.

"Our approach makes a difference by centering Black people in our focus on environmental science, educating and co-empowering individuals to take ownership of their spaces. As Black people these issues are integral to our existence.” Neashia Johnson, BEC project manager and administrator, said during the trip.

As PublicSource’s community correspondent, I joined the trip as an observer to learn more about the collective’s work.

"Our approach makes a difference by centering Black people in our focus on environmental science, educating and co-empowering individuals to take ownership of their spaces. As Black people these issues are integral to our existence.”

Neashia Johnson, project manager and administrator for the Black Environmental Collective, says the stigma surrounding Black environmentalism is a result of Black Americans being disconnected in their relationship to the Earth. (Photo by Jourdan Hicks/PublicSource)

In Barbados, the way Black residents engage with the environment may seem odd or unsafe to Black Americans.

Climbing a tree to retrieve fruit may seem suspicious to passersby, which could lead to physical danger or law enforcement involvement.

To feel comfortable exploring the environment or unfamiliar territory, including parks, forests, beaches or composting clubs, Black Americans have to decide if their presence being challenged is worth fulfilling their curiosity and desire.

“The key difference between being Black and white or not white in a space is being worried about safety,” BEC member Dannie Ransom said.

“That’s where I don't see...the opportunity to go camping or recreation in open spaces that aren't exclusively safe Black places,” Ransom continued. “You never know what the risk is whereas a white person may go out there and feel just fine.”

BEC member Hannah Honor said she went through a mental and emotional adjustment on her first night in Barbados.

“It is so surreal to see Black people doing whatever they wanted; drinking, eating in the middle of the night and there’s no one watching us,” Honor said. “We’ve come from legacies and generations of surveillance and just violence of people watching our every move.”

In Barbados, BEC members explored a culture where Black residents are trusted to make decisions on what is best for them, where they’d go for leisure and where they’d set up vending stations, without being scrutinized by the community or officials.

“When you go back to the United States, you usually don't trust Black people in different spaces — you want to do things for them,” Honor said. "Or we have to delegate or give these resources to you. When in reality, we can create resources and we can do those things already.” 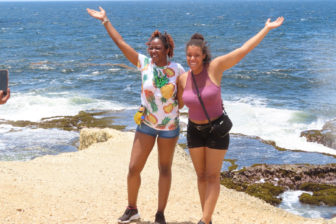 One example is the abundance of urban gardens and vegetable stands to re-engage Black Americans with nature and gardening. The BEC isn’t opposed to these projects, but there is almost always a question of how much say Black communities will have over them.

Who is the project lead? Who decides what is planted? Who decided what money is allocated to maintaining the garden? Is the programming inspired by the garden culturally responsive? In the BEC’s view, projects aren’t truly for the community if they are springing up with little input from the host neighborhood from conception to completion.

“In Barbados, you notice how people are trusted to do what they’re supposed to be doing in their space,” Honor said.

Another notable difference between Pittsburgh and Barbados is the abundance of fresh fruit. Barbadians pick it right off of the trees. In America, instead of being taught which trees and plants produce safe, consumable food, BEC member Saida Bey said she sees a growing embrace of cheap, chemically enhanced store-bought foods.

“Poor” or not, in Barbados you know what’s growing on the trees is safe to eat and it’s accessible to all. Although poverty is prevalent across Barbadian parishes, Bey said access to healthy food is less of a problem than in the United States. 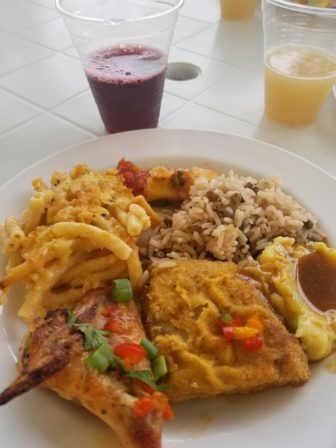 Bey said our country’s acceptance of subsistence poverty — having just enough money or food to stay alive — is what has obstructed Black individuals’ connection to healthy eating.

“Poverty is determining if this kid is fed or not versus is this good for him or her?” Bey said.

Staples of the Black American food tradition or soul food cuisine are the result of how food was regulated during slavery. Enslaved Africans created meals such as tripe and chitlins from the scraps of meat their owners wouldn’t eat. A study in the Journal of the American Medical Association links regular consumption of soul food to health problems like hypertension and other cardiac diseases.

Bey, who grew up in Beltzhoover, said environmental awareness or consciousness is passed down generation to generation. She said that having a garden tended by her father when she was growing up taught her the importance of a nutritious diet.

In the United States, the concept of reparations for human rights violations during slavery has been championed by leaders such as New Jersey Senator and presidential hopeful Corey Booker alongside cultural critic and writer Ta-Nehisi Coates, among others.

Formerly enslaved individuals in Barbados got reparations nearly 200 years ago. The BEC discussed Barbadian land rights after the abolition of slavery across the British colonies, which included Barbados. Jamil Bey, the collective’s founder, points to the country’s distribution of land rights as a possible contributor to why Black Barbadians have a culture of interacting with the environment. 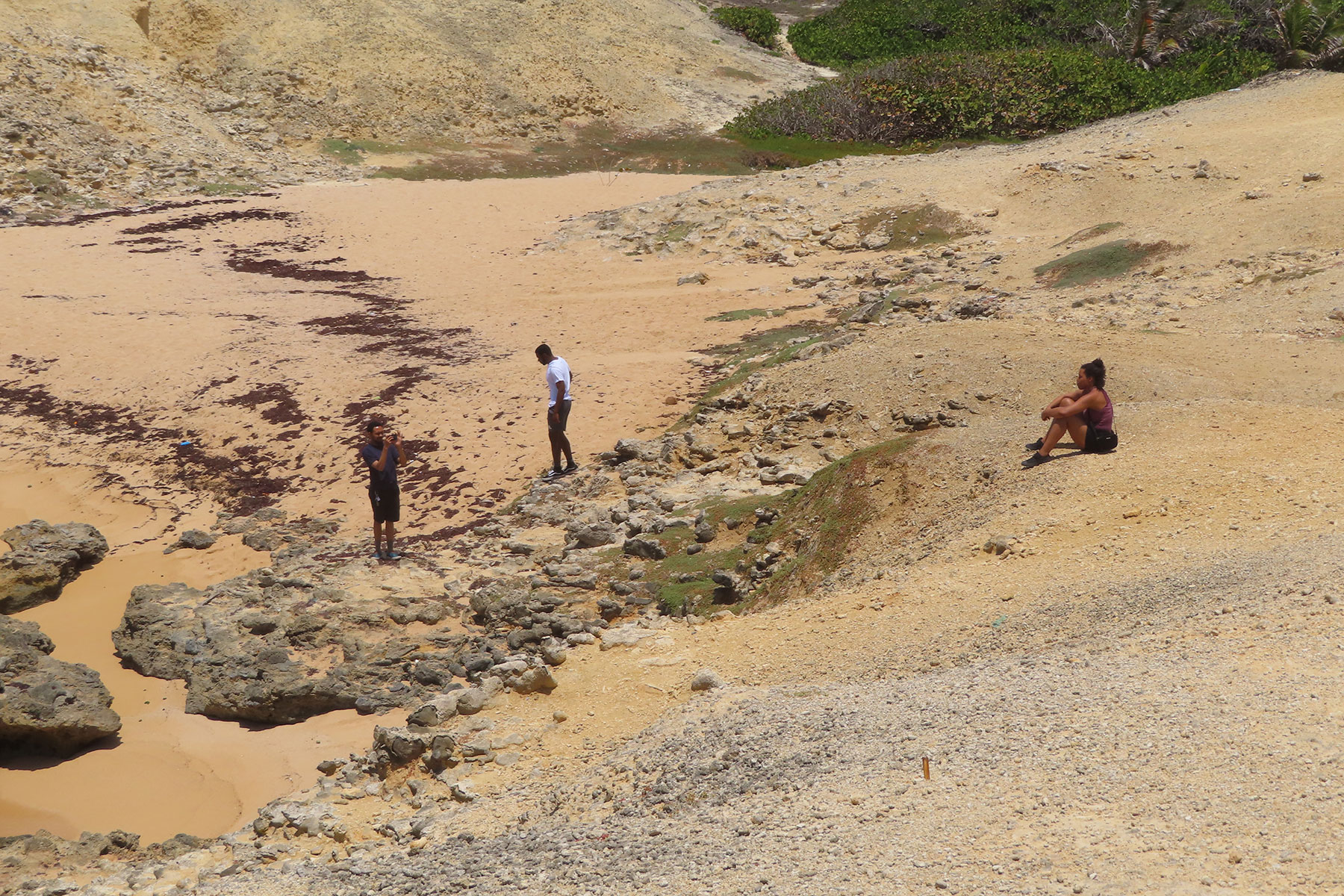 As scholar Elaine M. Lawrence-Brown wrote, “The issue became particularly acute in the aftermath of Emancipation, when planters sought to ‘tie’ former-slaves-turned-freedmen to the plantations to secure a reliable workforce. Newly freed, the former slaves had no obligation to accept planters’ ‘offers’ of employment on the plantations.”

Despite drawbacks, the Barbadian model gave an opportunity for land ownership beyond what was possible in the United States. During U.S. Reconstruction, the government established a policy to redistribute plantation lands to formerly enslaved people. But plans were quickly derailed and coastal land throughout Georgia, South Carolina, and Florida was quickly returned to former slaveholders.

In the modern era, Black Americans have still been systematically discouraged from embracing a connection with the land.

In a 2010, U.S. Attorney General Eric Holder and Secretary of Agriculture Tom Vilsack announced a $1.25 billion settlement over claims that the U.S. Department of Agriculture discriminated against Black farmers seeking loans or government assistance. The settlement follows a previous settlement from 1999 in the same court case. Many of the farmers in the case said they were facing foreclosure because of the government’s discrimination.

Ultimately, the collective hopes to create an approach to Black environmentalism that transcends the different cultures of Pittsburgh neighborhoods. BEC members want to urge mainstream environmentalists in Pittsburgh to participate in conversations about equality, equity and inclusion.

“White people think [environmentalism is] just this sole issue of carbon dioxide emissions increasing and us not recycling enough, like it’s an individual thing,” Honor said. “Like it doesn't matter what race we are, what sexual orientation we are or anything like that… When we think of environmental justice, we think of racial justice.”

This story was fact-checked by Daniel Walsh.