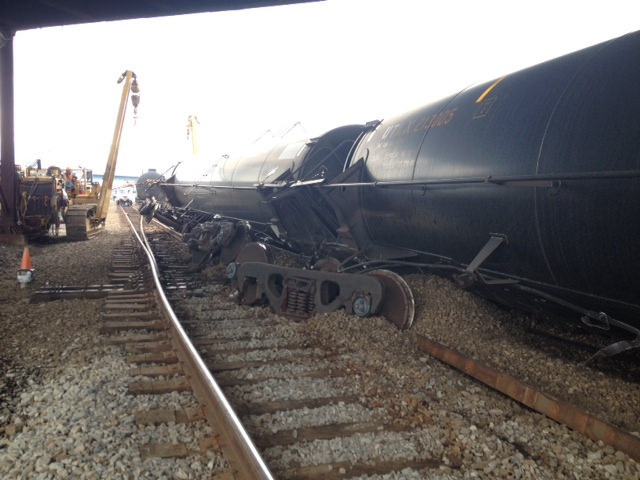 Ahead of an expected rejection of the Keystone XL pipeline by President Obama, a new study finds transporting crude oil is much safer by pipeline than rail, according to The Vancouver Sun.

The rail industry is getting bulldozed as oil prices fall to their lowest in months and coal shipments decrease, according to Oilprice.com.

Firefighters in small communities across the nation continue to prepare for the worst-case scenario — a 100-plus car crude oil train exploding in their towns, according to the small newspapers in Iowa and California.