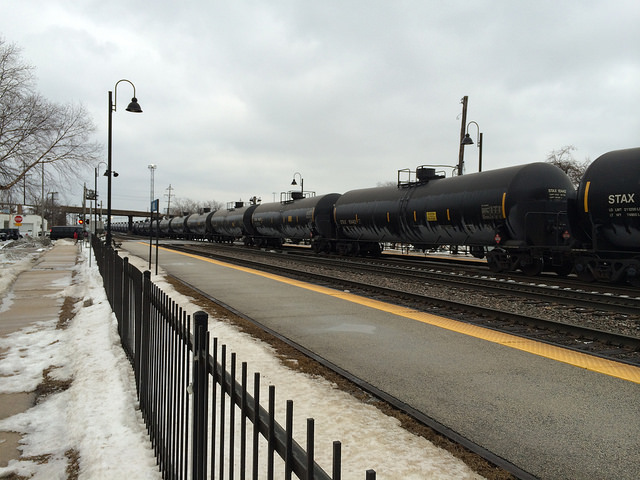 There's currently only one Federal Railroad Administration inspector to oversee 919 train bridges in Pennsylvania and a severe shortage of these inspectors nationwide, U.S. Sen. Bob Casey, D-Pa., told reporters on a press call this week. Worried about crude oil train traffic on these bridges breaking down infrastructure, Casey has asked the federal government to spend $1 million to help hire more inspectors, according to the Pittsburgh Tribune-Review.

More than two years after a runaway train in Lac-Megantic plowed into the small Quebec town, killing 47 people, the Federal Railroad Administration is now requiring that two qualified railroad workers must set handbrakes and do other safety checks on equipment for trains carrying hazardous products, including crude oil, with more than 20 cars left unattended, according to Al Jazeera America.

In the event of a large-scale oil train disaster, would you know what to do? John Malool, an occupational safety professor at Rutgers University and fire chief of Ridgefield Park, N.Y., is helping people who live in cities with heavy crude oil traffic prepare for potential accidents, according to KPLU News.

A deteriorating wooden New Jersey bridge is pegged for upgrades after months of outcry from local residents worried about increased traffic of trains carrying Bakken crude, according to NorthJersey.com.

A Senate panel approved legislation this week that would lift the ban on crude oil exports, which could increase crude oil train traffic, according to The Associated Press.