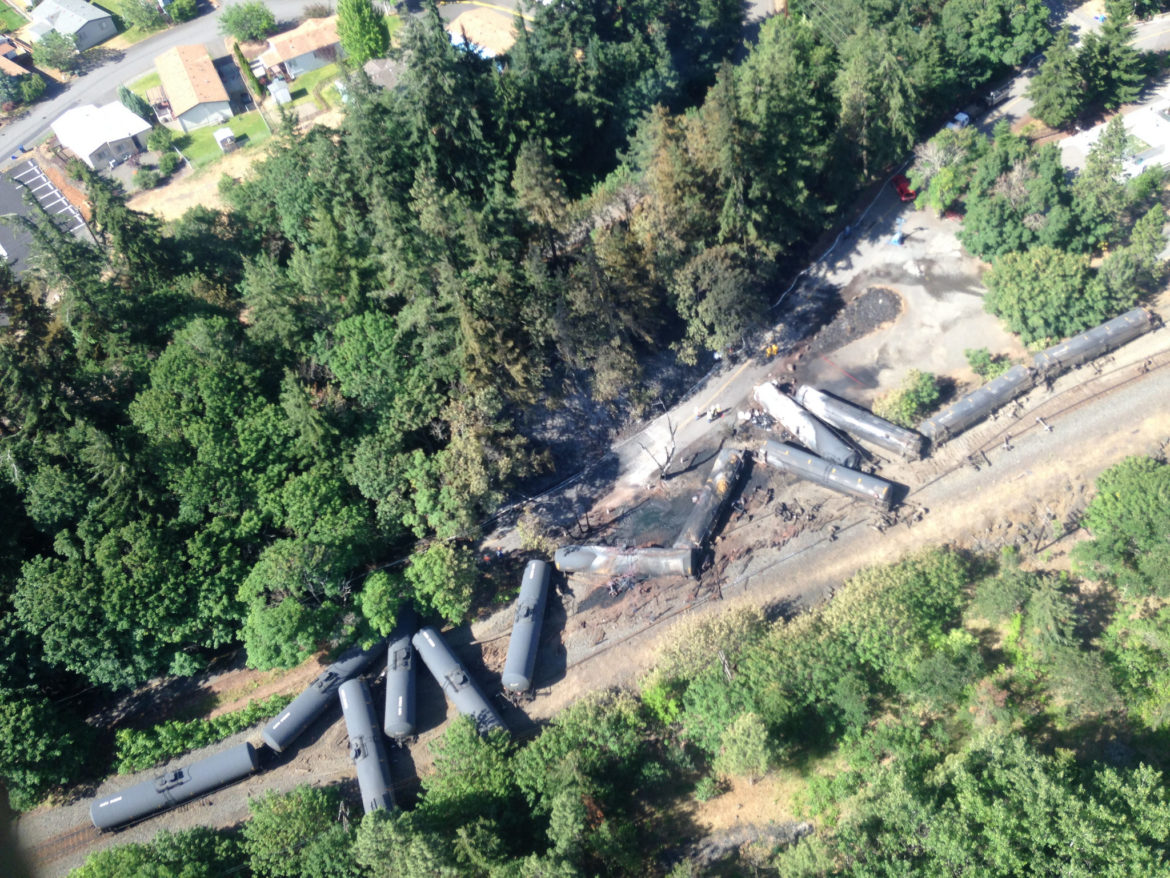 Derailment after derailment. They just keep happening. And June was a busy month for crashes.

To keep up with these incidents, new safety regulations and other train derailments across the country, PublicSource provides a roundup of stories each month.

This July marks three years since an unmanned oil train carrying Bakken crude careened off the tracks in Lac Megantic, Quebec, killing 47 people and obliterating the small town’s city center. The tragic incident was the most devastating oil train accident involving Bakken crude in North America and led to calls for tougher safety standards and the phasing out of old tank cars.

Old tank cars involved in numerous oil train accidents in the past few years could remain in service for the next 15 years under a federal rule that is allowing companies to phase in the use of new, stronger tank cars, according to the head of the U.S. National Transportation Safety Board.

Officials from the national railroad industry group said the use of the older cars (that are prone to leak and explode during crashes) to transport crude oil dropped 97 percent between 2014 and the end of March. The group also said the rail shipments of crude have also declined, from 498,271 in 2014 to 424,996 in 2015. But this is still loads above the mere 9,500 tank car shipments in 2008.

The U.S. Department of Transportation wants to require railroads moving crude oil to have comprehensive plans for what they’d do in case of a significant spill, including providing more detailed information to state and tribal authorities. The rule would "hold industry accountable to plan and prepare for the worst-case scenario," Transportation Secretary Anthony Foxx said.​derailment of two cars because of a faulty joint in the rails blocked a downtown Tulsa street on June 2 for most of the day. No one was injured in the derailment.

Gov. Jay Inslee has called on the federal government to issue an emergency order that would require railroad companies to send safety inspectors to walk rail lines at least 24 hours before shipping crude oil from North Dakota’s Bakken Shale. In a letter to the head of the Federal Railroad Administration, Inslee wrote that current federal inspections standards are “insufficient to protect our communities from the imminent threat of fires, spills, and collisions that result from oil train derailments.”