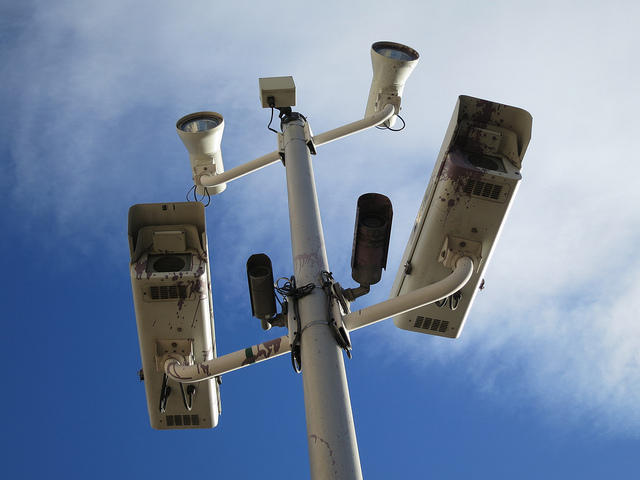 Pittsburgh is getting nearly $300,000 to fix an intersection because of drivers running red lights in Philadelphia.

The money will be used to install curb ramps and curb extensions at the intersection of Centre Avenue and Bigelow Boulevard in North Oakland. Funded by the Automated Red Light Enforcement (ARLE) program, the improvements will bring the intersection into compliance with the Americans with Disabilities Act.

The ARLE program installed automated cameras at strategic intersections in Philadelphia to catch drivers who run red lights. Motorists captured by the cameras are given a flat fine of $100, though no points are added to their driving records.  There are currently 28 intersections recorded by automated cameras, according to a press release from Gov. Tom Wolf’s office.

The program will fund nearly $5.5 million for 23 projects across 18 municipalities. Philadelphia will receive more money than any other city — $2.8 million — to complete five safety projects. Last year, ARLE reported an income of $4.3 million.

The ARLE program has accumulated $45.4 million for 298 projects throughout the state since the grant program began in 2010. State law restricts the ARLE program to solely fund “safety” programs across the state, such as a project to improve pavement markings and signage visibility in Philipsburg Borough in Centre County.

Automated red light cameras have proven to be a controversial and often disliked project in states across the nation because of concerns over privacy and public safety. In 2014, New Jersey suspended its automated red light camera program after 5 years after a series of technological failures and a lawsuit that partially refunded ticketed motorists.

A 2012 amendment to the original ARLE bill by the Pennsylvania House of Representatives could expand ARLE provisions into Pittsburgh and municipalities with more than 20,000 people in Bucks, Delaware, Chester and Montgomery counties.

The Pittsburgh City Council voted 7-2 in late 2013 to install red light cameras as part of a test run of the program and even shopped around for proposals to build the technology in late 2014, but the cameras were never installed.