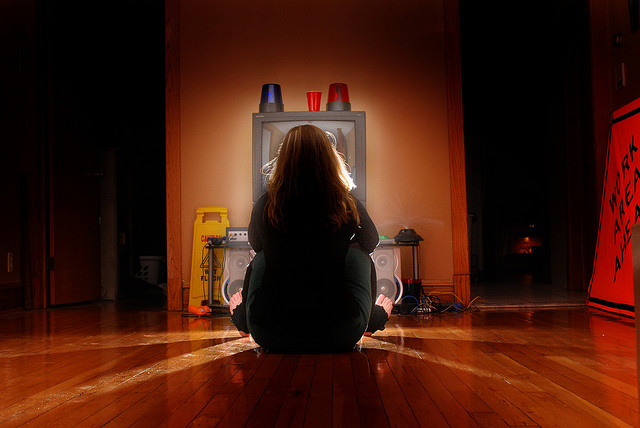 In China, video game addiction is a clinical disorder, with its own specially-designated rehabilitation centers.

In the U.S., screen addiction is not diagnosable, but the average teenager spends more than 11 hours per day engaged with various electronic media.

A piece by New York Times longtime personal health columnist Jane Brody examined the harmful effects digital media are having on children and adolescents, and the results look bleak.

The problems begin in young children. When parents give their kids cell phones to play Candy Crush or watch YouTube videos, they’re actually stalling their children’s development. According to the American Academy of Pediatrics, children under the age of 2 are particularly susceptible and shouldn’t be exposed to digital media at all.

A child’s brain develops rapidly during these first years, and young children learn best by interacting with people, not screens.

Screens are distractions, not tools to soothe children. Television is not a “babysitter,” so parents should enforce rules about media use. The American Academy of Pediatrics only recommends a maximum of two hours per day for teenagers and older children.

While young children probably use their parent’s device, older children and teenagers are constantly attached to their personal cell phones.

From a 2012 Pew Research Center study:

Texting looms as the next national epidemic, with half of teenagers sending 50 or more text messages a day and those aged 13 through 17 averaging 3,364 texts a month.

Another Pew Research Center survey found that “teenagers send an average of 34 texts a night after they get into bed.” Staring at a bright light in a dark room can cause sleep deprivation.

Then there are things like violent video games, which can desensitize young children to violence and could lead to aggressive behavior, based on a study by the Journal of Youth and Adolescence.

Aggression is only one side effect of prolonged digital media exposure. There are many consequences to extended electronics use.

Toddlers and young children may miss out on the vital experiences of observing the world around them, interacting with caregivers and developing curiosity, intelligence, empathy and listening skills, according to Catherine Steiner-Adair, a Harvard-affiliated clinical psychologist.

Children who are heavy users of electronics may become adept at multitasking, but they can lose the ability to focus on what is most important, a trait critical to the deep thought and problem solving needed for many jobs and other endeavors later in life.

In a world where most correspondence is conducted electronically via text message, Facebook messenger, Twitter, Snapchat and other social media, children lose the ability to communicate face to face and can experience alienation, loneliness and depression, according to a University of Rhode Island honors thesis.

If children are given games to play during car rides, those trips become silent as they focus in on the screen.

But that’s not what kids need. They need time to daydream, deal with anxieties, process their thoughts and share them with parents, who can provide reassurance.

It might relieve the parent to have quiet time, but it’s not always a good idea. The tolls aren’t simply emotional and developmental ones.

Television, computers, tablets and phones all influence the amount of time a child spends studying for school.

And physically, children can experience:

pain in their fingers and wrists, narrowed blood vessels in their eyes (the long-term consequences of which are unknown), and neck and back pain from being slumped over their phones, tablets and computers.

On Monday, PBS will air the documentary “Web Junkie,” about one of China’s Internet-addiction rehabilitation centers.