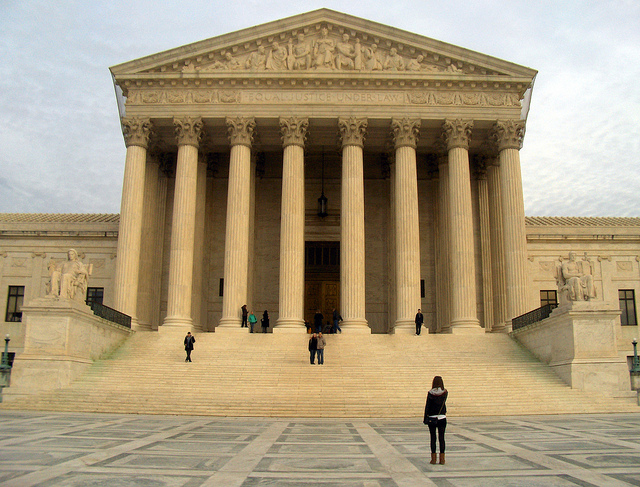 On Wednesday, the U.S. Supreme Court heard a case from about 30 religiously-affiliated groups, including schools and hospitals, about insurance for contraceptives for female workers.

The Affordable Care Act [ACA] offers contraceptive coverage for free, but some of the groups, led by Catholic Diocese of Pittsburgh Bishop David Zubik, argued that doing so is morally wrong.

Some of the other groups include the Little Sisters of the Poor, nuns who run nursing homes for impoverished seniors; evangelical and Catholic colleges in Oklahoma, Pennsylvania, Texas and Washington, D.C.; and the anti-abortion advocacy group Priests for Life, according to the Associated Press.

The government countered with an accommodation that excludes organizations from paying for the coverage, which would be fronted by the government after the groups filled out some forms. The groups would be able to avoid fines by informing the insurers, plan administrators and the government that they seek an exemption, according to a New York Times story.

The groups involved in the case have challenged this accommodation, stating that it still “makes them complicit in conduct that violates their faith,” according to the Times.

The groups argued that they should be exempt from the law like churches, mosques and temples, which do not have to file any paperwork for exemption coverage, the Times reports.

According to the AP, the groups insist that the government has already made exemptions, and that women who can’t get contraceptives from their employers can obtain it through other means. The Obama administration says that “tens of thousands of women would be disadvantaged.”

The AP reports that nine appeals courts have heard this case already, eight siding with the administration and four of their rulings being challenged Wednesday. Only one of the courts ruled in favor of the groups.

The Supreme Court is deciding whether the administration’s accommodation to have others pay for the insurance coverage is a violation of the groups’ religious beliefs.

Some plaintiffs say paying for any kind of contraception violates their religious beliefs. Others object to covering intrauterine devices and so-called morning-after pills, saying they are akin to abortion. Many scientists disagree.

The case will be decided under the Religious Freedom Restoration Act of 1993, which states that “government requirements placing a substantial burden on religious practices are subject to an exceptionally demanding form of judicial scrutiny,” the Times reports.

The groups and the administration disagree on whether the proposed accommodation is a burden.

With the recent death of Justice Antonin Scalia, eight judges are hearing the case. The more conservative justices — John Roberts, Samuel Alito Jr., Clarence Thomas and Anthony Kennedy — appear poised to back the groups, while the remainder appear to support the accommodation.

If the Supreme Court rules 4-4 without a majority, then the decisions of the appeals courts will be upheld. This means that different rules will apply in different parts of the country.