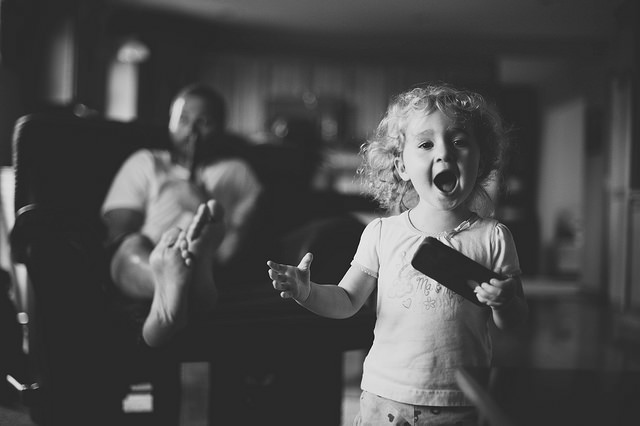 For years, parents and teachers were taught the best way to deal with racial differences in the classroom was to pretend they didn’t exist.

“If you turn on the news tonight — any channel … you’ll probably see that that hasn’t worked,” said Shannon Wanless, a faculty member in the University of Pittsburgh’s School of Education.

On Thursday morning in Pitt’s J.W. Connolly Ballroom, Wanless, along with three other researchers, presented the results of the Pittsburgh PRIDE (Positive Racial Identity Development in Early Education) report.

“When [children] have questions about race, they naturally turn to the important adults in their lives — teachers, parents, other family members — for answers,” the report says. “Often adults are afraid to talk about race, don’t have the right resources, or just don’t know how to start.”

Researchers observed students in nine classrooms across Pittsburgh, distributed parent and teacher surveys and condensed their findings into a report of suggested best practices.

Conversations about race are difficult to start, a white parent in the audience noted during a question-and-answer session on Thursday.

Aisha White, director of the Ready Freddy Pre-K program and a co-author of the study, said having those discussions early on is easier than trying to squeeze them in later.

According to White, children begin recognizing racial differences as young as 3 months old.

By 3 years old, kids are internalizing those differences.

“Messages [black children] receive tend to be negative,” White said. She suggested something as simple as literature, like the children’s book “Shades of Black” to begin conversations.

White said there is a need to fill in gaps in existing research, expand resources and connect educators in Pittsburgh working toward the same goal.

Pittsburgh Mayor Bill Peduto, who introduced the presentation, said early childhood education is one of his priorities, so that children don’t base their self-worth on negative racial stereotypes.

“In Pittsburgh, I have a lot of kids that don’t have that foundation,” Peduto said. “If I had one magic wand that I could give one thing to the city right now it would be pre-K education.”

The report recommends lectures and events on race and early childhood, collaboration between teachers and parents, affordable means to help families trace their ancestry and required racial awareness training for educators on teaching cultural and racial pride.

The University of Pittsburgh, according to Wanless, is building the report’s recommendations into its early childhood education curriculum.

“We’re talking about race now, in early childhood [education], all the time,” Wanless, who runs the SEED lab, said. “That’s a dramatic shift.”

“Learning about differences is different than learning about positive racial identity,” Jackson said. “Raising an African-American child in our society today is really stressful.”

The report notes that black children are subjected daily to messages that distinguish them from their white peers.

Wanless observed black children bypassing black dolls to find white dolls at the bottom of toy bins and becoming isolated when they were in a predominantly white classroom.

“It’s so, so subtle, but so critical,” Wanless said. “The absence of overt meanness or over racism means we really need to...be paying attention.”