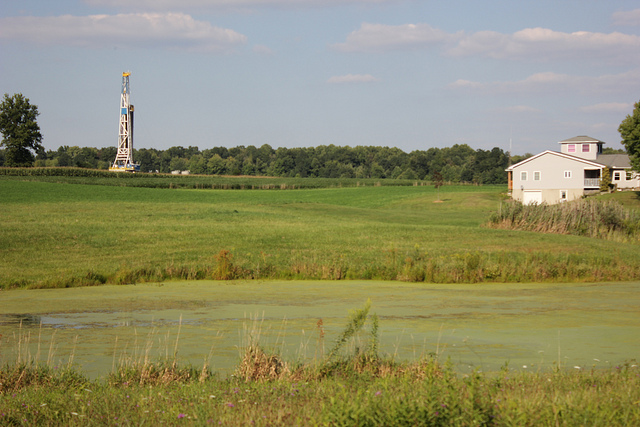 About $856 million in impact fees have been collected from the companies behind Marcellus shale gas wells in the past four years, most of which are distributed to governments or agencies local to the wells, according to a Pittsburgh Post-Gazette article.

Those millions are overseen by the Public Utility Commission [PUC], which allocates the money community by community. The local governments, receiving sums between “a few bucks to hundreds of thousands,” then decide what to do with the money, according to the PG.

The PUC works with more than 1,400 local governments, including municipalities, state agencies and counties, and requires them to report their spending. According to the PG, about $33 million over the last three years remains unreported and unaccounted for.

As a result, Auditor General Eugene DePasquale will be auditing the way the impact fees are “calculated, collected, disbursed and spent.”

From the PG article:

The audit has three goals, Mr. DePasquale said: to look at what is being bought with the money, to make sure the spending complies with the law, and to assess the state Public Utility Commission’s procedures for calculating and distributing the fees and for processing the local governments’ spending reports.

“I’d always said from the beginning that it was important, that at some point I would take a look at it to make sure the money is going to where it is supposed to go,” Mr. DePasquale said.

The auditor general’s press release states that impact fees can be used for:

The audit’s period starts at Feb. 14, 2012, and will continue until the auditor general’s office completes its work.

According to the PG, most of the unreported spending ($20 million) is from 2011. Nils Hagen-Frederiksen, a PUC spokesman, indicated this was because the municipalities were unfamiliar with the reporting methods. Most of the records were paper.

Hagen-Frederiksen told the PG that spending is only categorized as unreported if “the statements were missing or contained errors.”

Introducing an online reporting system has led to a decrease in errors, but 2013 numbers still haven’t located $8.5 million and the 2014 totals won’t be released until next month.

DePasquale said he would start with the reports submitted to the PUC and work his way back to the municipalities, according to the PG. The work is expected to take several months.