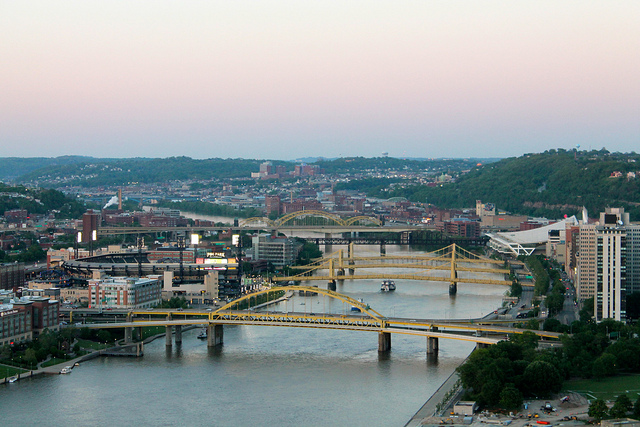 It seems that, for some folks, the Aug. 3 Pittsburgh Triathlon got a little … well, how do I say this … poopy.

Several participants were likely exposed to levels of fecal bacteria deemed unsafe under state standards, Pittsburgh City Paper reports. One man was hospitalized for diarrhea and vomiting, according to the Pittsburgh Tribune-Review.

The vile water was likely caused the day before by a storm that rolled through the area, which sparked a sewage overflow warning and sent raw sewage into the rivers.

A few triathletes said they were misled by a chart near the starting line, which they believed showed bacterial counts in the Allegheny River were at a safe level, City Paper reports.

Apparently the water was tested before the Saturday storm.

John Stephen, who created the chart as the founder of Pittsburgh Triathlon host Friends of the Riverfront, expressed regret, saying he was trying to give athletes more information about water safety. "Everyone deserves more and better information about the quality of our river," says Stephen. But on race day, he says, there can be "a large gray area.”

The situation highlights how difficult it is to conduct real-time monitoring of river water quality. No one tests the water regularly to see if it’s safe for recreational purposes, and bacterial cultures can take 24 hours to grow, according to the article.

And are the rivers consistently clean enough to encourage any large-scale swimming events?

This past June, ALCOSAN issued sewer-overflow advisories on 11 of the month's 30 days. But ALCOSAN cautions that the river might be "impaired" for up to 48 hours after an overflow, meaning 23 out of 30 days in June included potentially compromised river water. In July, 15 out of 31 days might have included higher-than-normal bacteria counts.

The question, says Schombert, "is how long after these overflows stop does the river water quality return to normal?"

As long as athletes are properly informed of the risks, they should be allowed to swim, Sarah Quesen, the open-water swim leader for the Pittsburgh Triathlon Club, told City Paper. Even if bacteria counts are higher than state guidelines, she said.